The Alien Gargoyle Of Paisley Abbey

Gargoyles, the Gothic architectural carvings which grace the roofs of many cathedrals and other Christian places of worship, aren’t just functional waterspouts but also guardians to ward off evil. Depicting ugly faces or frightening mythical creatures, curiously no two gargoyles are the same. In the town of Paisley, near Glasgow in Scotland the abbey has been home for the past two decades to a rather unusual gargoyle. We discover the story behind the carving inspired by a famous science-fiction horror film.

Paisley Abbey is a former Benedictine abbey of the 12th century and a jewel of medieval architecture. In terms of architectural construction, the abbey has some interesting aspects. Indeed, for a Gothic building from the 13th century, the temple is very well preserved. Yet, the abbey’s gargoyles are not as old as you may think; they were partially restored in the 1990s when the abbey underwent conservation work.

A large number of gargoyles, mysterious and grotesque, can be found on top of Paisley Abbey. For hundreds of years, the 12 medieval gargoyles in Paisley Abbey had remained where they had originally been placed. But in 1991, during the remodelling of the abbey, all except one of them had to be destroyed, because they were in ‘very bad shape.’ Restoration was impossible after hundreds of years of water draining down from the roof. 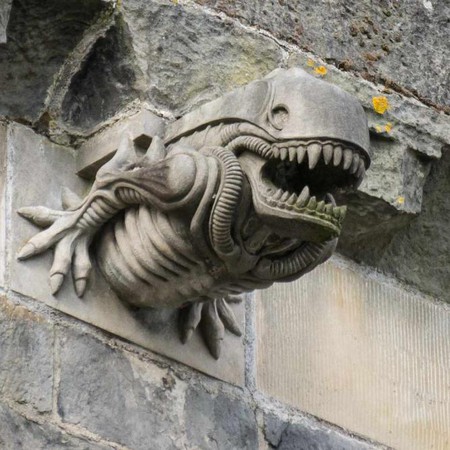 The destroyed medieval gargoyles had to be replaced by new gargoyles. They hired a firm of stonemasons from Edinburgh for conservation work who were also responsible for the design and carving of new grotesque figures for the abbey. No two gargoyles are the same, which respects the medieval tradition of not repeating a gargoyle design.

One design in particular caused quite a stir after the uncanny resemblance between this gargoyle and the strange creature from Alien, the 1979 cult science-fiction film, was pointed out. After the publication of a picture of the ‘Alien’ gargoyle on the Paisley Heritage and Mysteries Facebook page, visits to the abbey multiplied. 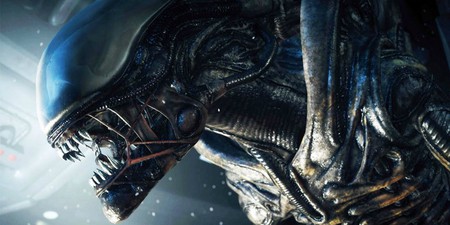 At first, there was speculation that the American film director Ridley Scott had copied the design of the gargoyle artwork to create his film’s creature. But Mr Birss ended speculation when he said that most of the gargoyles of the temple had been replaced in the early 1990s, during the conservation work of the abbey.

Undoubtedly, the existence of this ‘Alien’ gargoyle shows the influence of the dark and macabre art of the late Swiss artist Hans Ruedi Giger. He was the creator behind the illustrations that inspired the model of the parasitoid extraterrestrial creature, or xenomorph, from the Alien films. These macabre works were, in turn, inspired by the twisted, horrific and cosmic fantasies of another big name of science fiction, the American writer Howard Phillips Lovecraft.