7 Must Try Adventure Activities in Scotland 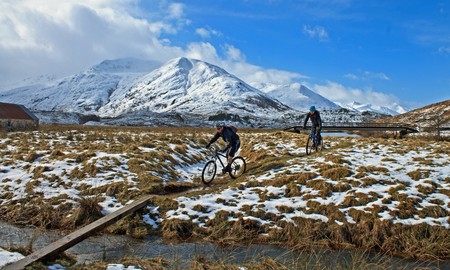 Scotland, with its mountains, rivers, rugged landscapes and thousands of miles of coastline, is ideally suited to the adventurous traveller.

If your idea of a good time is less about walking around a museum and more about throwing yourself down a mountain strapped to a snowboard, or if you’d rather be among underwater kelp jungles than urban jungles, Scotland has what you seek. Here’s our guide to some of the best options if you like your travel with a healthy dose of adrenaline.

Skydiving in Crieff and Perthshire

Scotland has a long history of people throwing themselves out of planes. It was here in Lochaber that many modern special forces techniques were created during World War II and spies received training to be dropped into enemy territory. These days, there are several skydiving schools offering solo and tandem jumps, and an array of training options. Active Skydiving, for example, based in Crieff, is run by the five-times British Skydiving Champion, Scotty Milne, who has well over 10,000 jumps to his name. Or maybe try Skydive Strathallan, based in the beautiful Perthshire countryside. If the idea of jumping out of a plane appeals, then Scotland is a great option for you thrill seekers. However, as weather plays an important role in skydives, always check the forecast ahead of time! 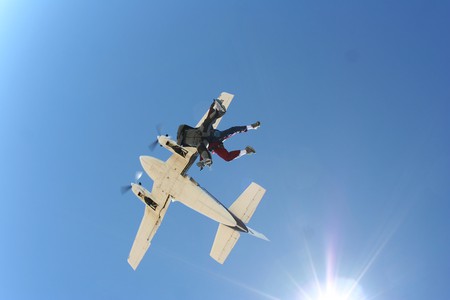 While skydiving might be best in summer, for obvious snow-related reasons skiing and snowboarding is best done during the colder months. Scotland has five different ski resorts, with runs ranging from absolute beginner to total expert. As well as these, there are many board and terrain parks where you can practice those aerials and manoeuvres. Plus, backcountry areas such as the beautiful mountains and high glens around Cairngorm offer amazing off-piste routes. With equipment hire readily available, it’s time to get on those white-clad peaks. 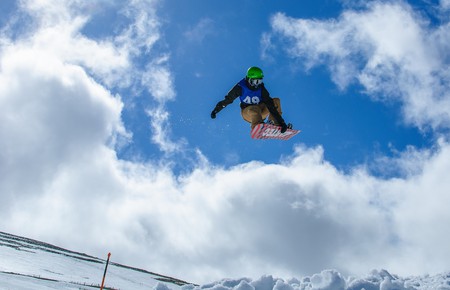 In summer, the range of options for the keen mountain bikers is almost endless. Fort William is the spiritual home of British mountain biking, especially downhill, and hosts a stage of the UCI World Cup every year. Fatbike tours and routes have also taken off in a big way, with the larger tires perfectly suited to Scotland’s beaches and boggy, peaty areas. 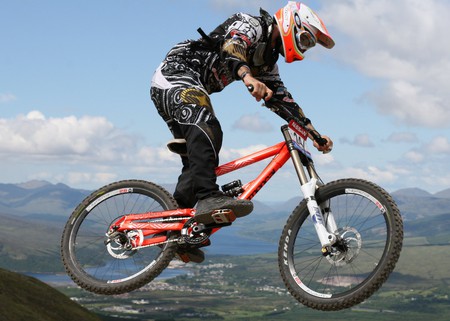 Scotland is where the north Atlantic Ocean, after thousands of miles of unimpeded travel, suddenly makes landfall and crashes into the waters of the North Sea. This creates powerful swells and towering breakers, to which strong offshore winds are very often added. In other words, Scotland is perfect for surfing, whether you’re on a board, with a kite, or a sail. Perhaps one of the best spots in Scotland is in the far north, at Thurso East, where the right conditions can produce world-class barrels and one of the longest rides in the whole of Europe. Windsurfers flock to the Isle of Tiree every year in October for the Tiree Wave Classic, the longest-running professional windsurfing event in the world. In recent years, more and more people are giving kitesurfing a try, and Scotland is well-stocked with schools where you can learn, such as Kitesurf Scotland in Troon, or Windy Dayz, based in Fife and Edinburgh. 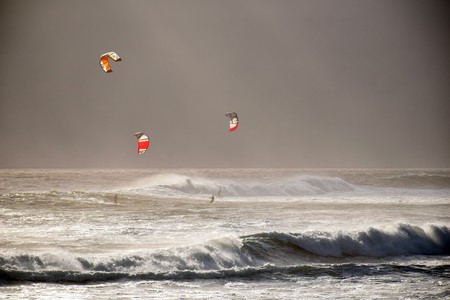 Climbing Ben Nevis and other peaks

Scotland is home the Munros, 282 peaks stretching over 914 metres (3,000 feet). Many people attempt to climb all of them, ticking each one off the list over the course of their life. The most famous of Scotland’s mountains is the tallest, Ben Nevis. Be warned: the route of which can get crowded, as it attracts all manner of (occasionally very ill-prepared) climbers. The next five tallest are in the vast Cairngorm area. However, perhaps the most exciting route to follow is the ridge of the Black Cuillin on Skye, with spectacular views and the feeling of a true alpine environment. It is 6.8 miles (11 kilometres) long and features some serious scrambling. Whatever your experience level, there is bound to be a peak in Scotland to suit, just remember that, although they may not be the highest of mountains, they need to be treated with considerable respect! 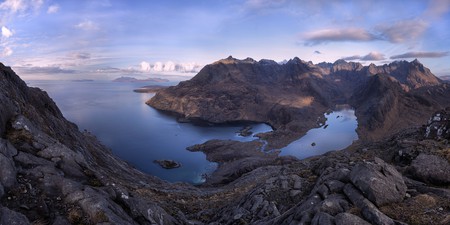 Sea kayaking the Highlands and Islands

One of the best ways to explore the wildest regions of Scotland is by sea kayak. Whether you are experienced at battling tough tidal races or just want to learn to glide over smooth and sheltered waters, then Scotland is definitely the place to visit. This form of transport allows you to get close to some stunning wildlife, including seals, otters, basking sharks and even whales, and it gives you the ability to stop off on a deserted island for lunch or an overnight stay! Companies such as Sea Kayak Scotland, Sea Kayak Oban, or Sea Kayaking Scotland are based on the west coast, near the town of Oban, but offer tours and expeditions all across Scotland, even as far north as Shetland. As with all adventure sports, when sea kayaking it is crucial to check conditions beforehand and be honest about your own skill level, as the waters of Scotland pose some extremely tough challenges. 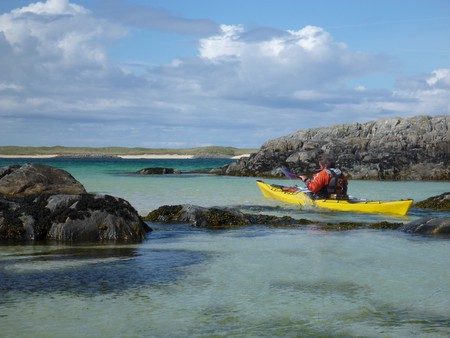 Scotland may not have the warm waters of Thailand, but it is still a paradise for scuba divers. The best dive sites offer exceptional clarity and outstanding wildlife. There is also world-renowned wreck diving, especially in Scapa Flow in Orkney, where a World War I ship can be found. Dive options are varied, with some of the wrecks better suited to technical divers and others offering great training opportunities. There are many experts on hand to help leisure divers gain certification, with schools such as Divebunker being within easy reach from Edinburgh or Glasgow. If you are already certified and want to dive some of the best rocky reefs in Scotland, check out Dive Scotland, based in Oban. 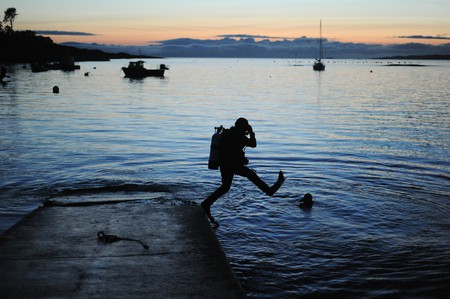 Stepping Off For a Night Dive | © Nick Birse/Flickr

Want to see more of rural Scotland? Escape the city with these beautiful off-the-grid destinations.