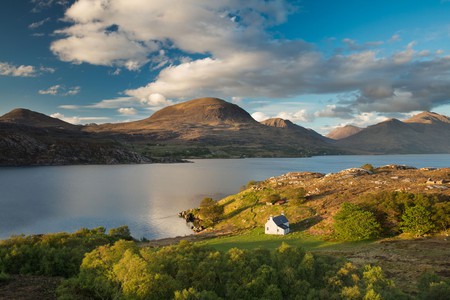 Although we can't currently see vistas like this in person, we can still experience the beauty of Scotland from home | © David Noton Photography / Alamy Stock Photo

As staying in becomes the new normal, Culture Trip invites you to indulge in a spot of cloud tourism. Experience the sights and sounds of a place – without even leaving your home. Here, we take a virtual tour of Scotland.

Scotland is the land where invention and nonconformity go hand in hand. From warrior king William Wallace (best known from the film Braveheart) to John Logie Baird (best known as the inventor of the television), the Scots have always marched to the beat of their own drum, and break new ground as they do so. It’s no wonder that their culture is so distinctly different to anywhere else in the world, let alone the United Kingdom. If you can’t make it to the craggy hills, deep lochs, and jumbled cities of Scotland, here’s how to experience the best of the country from your own living room.

Although Muriel Spark was a prolific writer, producing more than 20 novels in her lifetime, her most famous work is inarguably The Prime of Miss Jean Brodie (1961). It’s a short read, focusing on a tight-knit group of schoolgirls and their ever-mysterious, sometimes-manipulative teacher in a girl’s school in Edinburgh in the 1930s. Spark was born in the city in 1918, and her throwaway knowledge of the capital gives the setting a close, intimate feel (if a little sheltered and genteel – Trainspotting, this isn’t).

The novel itself is as refreshing today as it was upon publication, a savage, funny tale of the journey of girlhood to womanhood (and of course, the attempt to identify one’s ever-elusive prime). Maggie Smith’s portrayal of prickly and proud Miss Brodie in the 1969 film adaptation won her an Academy Award – but read the book first in order to fully immerse in the steep hills and cobbled streets of Spark’s Edinburgh. 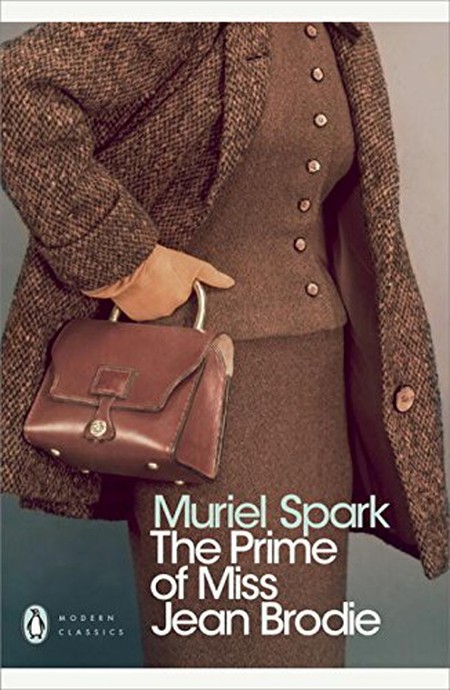 Put on your own ‘cèilidh’

If you’ve never attended a cèilidh, you’re missing out. Popular at weddings, Hogmanay, Burn’s Night, and pretty much every other Scottish celebration you could think of, it consists of a traditional folk band and extremely energetic group dancing. To join in, all you need is a willingness to careen wildly around the dancefloor – you don’t even have to know the steps, as there’s usually a man in a kilt enthusiastically shouting instructions over the music. You can find various tutorials online; so gather your flatmates or family, push all the furniture to the sides of the room, and learn to Strip the Willow (one of the most popular dances). And then apologise to your downstairs neighbours. 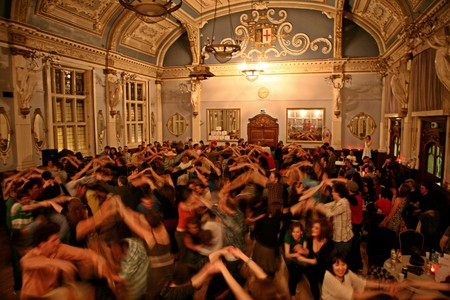 Chaotic and crowded, a ‘ceilidh’ might not be on the cards for a while – but you can recreate it at home | © Andrew Aitchison / Alamy Stock Photo

Bake a tray of traditional shortbread

Scotland’s national dish of haggis, neeps and tatties (parsnips and potato) is a divisive one; better to err on the side of caution and skip straight to after-dinner sweets. Shortbread is a quintessentially Scottish biscuit, baked in the country since the 12th century – Mary Queen of Scots is said to have been a particular fan. It’s also surprisingly easy to make at home; the key ingredients are simple cupboard staples like sugar, flour and butter. An hour and a dusting of sugar later, and you’ll have a traditional treat to enjoy with a pot of tea or a wee dram of whisky. 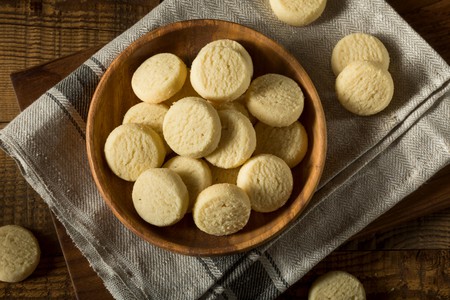 Whisky may be Scotland’s national drink, but there’s a brighter, buzzier candidate for the title of most popular. Irn-Bru, which has been Scotland’s favourite soft drink for over a century, is best known for its tongue-in-cheek advertising campaigns and neon orange colour. It can be found across the globe, but the distinctive flavour (which is hard to describe, but definitely isn’t orange) means it’s mainly bought by Scottish populations craving a taste of home.

The success of Irn-Bru means that Scotland’s one of the few countries in the world where Coca-Cola has been toppled as the best-selling soft drink; much more than whisky, Irn-Bru is testament to the maverick nature of Scotland and the people who live there. 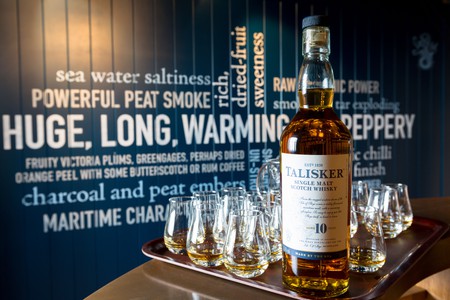 Whisky might be Scotland’s most famous drink, but Irn-Bru is the renegade favourite | © Tim Graham / Alamy Stock Photo

See behind the scenes at the V&A Dundee

The first iteration of the prestigious design museum to be based outside of London, the opening of the V&A Dundee in 2018 was just one element of the revitalisation of Dundee (which had been crowned the UK’s first City of Design just four years earlier). It was long-overdue recognition for a city often overlooked in favour of the flashier capital. The craggy, cliff-like building, designed by Japanese architect Kengo Kuma, may not currently be open for business, but you can take a glimpse inside with the website’s Stories section.

Rather than a straightforward virtual tour, it offers snapshot histories of Scottish design icons, webcomics, interactive games, and short fiction pieces, giving depth to specific exhibits or objects on display in the museum. It’s a much more personal, and intriguing, way of virtually exploring a museum than dragging a cursor over the page. 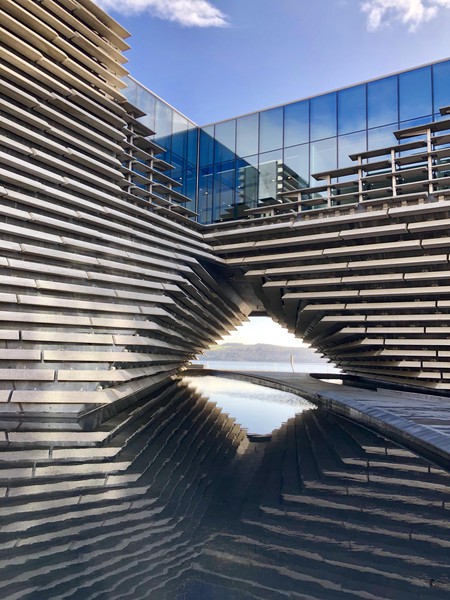 Explore the objects held in the V&A Dundee through fiction, games, and snippets of information | © cjmac81 / Stockimo / Alamy Stock Photo
Give us feedback