Startups From Edinburgh to Know 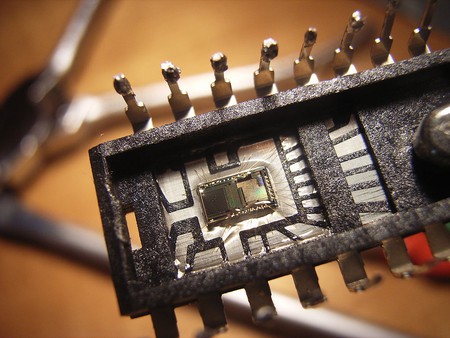 Between Scottish businesses like Skyscanner and FanDuel and winning the 2016 Startup City of the Year crown, Edinburgh’s surging entrepreneurial spirit has evolved into an ocean of possibilities. Call it the second Scottish Enlightenment if you will! Here we profile just a handful of startups in Scotland’s capital city.

Giving a whole new meaning to the term ‘the sky is the limit’, Skyscanner is the brainchild of three entrepreneurial tech gurus Gareth Williams, Barry Smith and Bonamy Grimes. The company, a global metasearch engine for flights, hotels and car rental deals, evolved from a simple grievance surrounding the inevitable challenges when on a hunt for cheap flights to ski resorts. Formed in 2001 and launched in 2002, 2016 marked a big year for the company with China’s largest travel firm, Ctrip, buying Skyscanner for $1.75 billion.

FanDuel is another startup prodigy to come from Edinburgh. This web-based fantasy sports game is a trusty staple for those with a competitive nature. Founded in 2009 and thanks to its entry fees, FanDuel has now reached the esteemed status as the second largest daily fantasy sports company in the daily fantasy sports market. The company is renowned for using the Wall Drug Marketing Strategy, which pushes heavy advertising, to help gain thousands of fans. FanDuel counts endless accolades in its universe of accomplishments and is partnered with 16 NBA teams and 16 NFL teams.

A most ingenious idea, Flavourly, which launched in 2012, draws from independent suppliers to obtain a meticulously curated box of gourmet alcohol, in particular artisan craft beer and gin. Better yet, they send it straight to the subscriber’s doorstep each month! Flavourly’s Founder Ryan O’Rorke and CEO Assean Sheikh first took their business venture to popular TV show Dragons’ Den. They notoriously accepted then declined a £75,000 joint bid in return for a 20% stake and subsequently opted for the Crowdcube route, which raised an impressive £515,000. This makes them the first Scottish company to ever achieve such a high number. Needless to say, this ever-burgeoning gourmet craft alcohol startup now boasts an epic number of subscribers and raving reviews from the likes of Vogue, Forbes and the Guardian, to name a mere few.

Leave it up to the Scots to create fuel for the future using the byproducts evident within the Scotch whisky fermentation process! As the first company to conjure up such a cunning idea, Celtic Renewables has not only figured out how to make ‘superior next generation biofuel’ but they are also on the map as a multi-award winning startup worth watching out for. Through adapting the Weizmann Fermentation Process and using the two main by-products of whisky production typically used for cattle and animal feed — draff and pot ale — the company is able to successfully obtain biobutanol, a super high value renewable product.

Ever since pureLiFi founder and CSO Professor Haas first demonstrated the wonders of Li-Fi — essentially supersonic speedy Wi-Fi via an LED light source and a term coined by the professor — at TED Global, the benefits of this technology keep gaining momentum. The company formed as an extension of Edinburgh University’s 2008 D-Light project and are now the world leading experts in Visible Light Communications technology — a pioneering plan for lightning fast data and bandwidth realms. Watch out for this one — they’re ahead of the game.