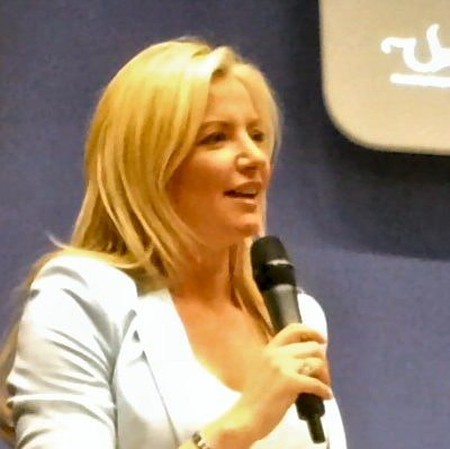 Michelle Mone is a global speaker, designer and parliamentarian. She is the founder of MJM International and the Ultima Brands International, which was launched in Selfridges. She also started the tanning business UTan & Tone, which she recently sold. In 2001, Prince Charles invited Mone to join the board of directors at The Prince’s Trust, and in 2010, she was awarded an OBE for her contributions to business and was elevated in Downing Street to the peerage in 2015. Mone continues to innovate and develop her brands and works actively as a leading entrepreneur in Scotland.

Susan Aktemel, founder and CEO of Glasgow-based Impact Arts, is one of Scotland’s original female social entrepreneurs. Established in 1994, Impact Arts’ mission is to transform communities through the arts and creativity. Aktemel also founded Homes for Good, a letting agency and property management company that specialises in letting properties to those on low incomes.

Edel Harris is an award-winning Scottish entrepreneur who started her journey when she joined the company Cornerstone in 2008. Harris showed creative flair and entrepreneurial spirit and with Cornerstone has developed and run a chain of cafés. Harris is a director of Aberdeen Soccer Club Trust and currently sits on the board of chance North East development body and serves as president of Aberdeen & Grampian Chamber of Commerce.

Jennifer Paice is the founder of SafeDeposits, Scotland’s leading tenancy deposit scheme. She started her career working for a growing entrepreneurial technology company called Anemone Systems and served as vice chair of the Scottish Development Money Services Team. Paice then grew her success having gained a high position at SafeDeposits Europe in 2013 and brought in a turnover of £1.5 million, making her a remarkable lady in the business and finance industry.

Deborah Whyte has entrepreneurial flair in the non-profit and social entrepreneurship sector and has turned her events management company into a community-interest company. As founder of Big Bright Star Even Management, Whyte enables individuals from underprivileged backgrounds and those with disabilities to run events for them and make a positive social contribution.

Great pic of me and the legend Norman McLean at #EIFF #Blackbird pic.twitter.com/2HMFXO34UN