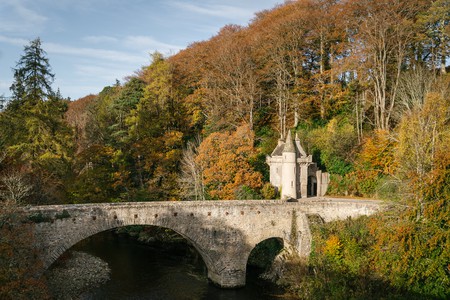 The Bridge of Avon, which stretches past Ballindalloch Castle, was built in 1800 | © Murray Orr / Culture Trip
Paid partnership with

For a spectacular circular route through northern Scotland, try the North East 250. A less busy, but no less special, alternative to the famous North Coast 500, this trip shows off how beautiful and diverse Scotland really is – and it’s easily accessible from major roads and airports too.

Hit the road and get ready to take in the majestic snow-capped Cairngorms, stroll across wild empty beaches, and pop into aromatic whisky distilleries. It’s going to be magical. 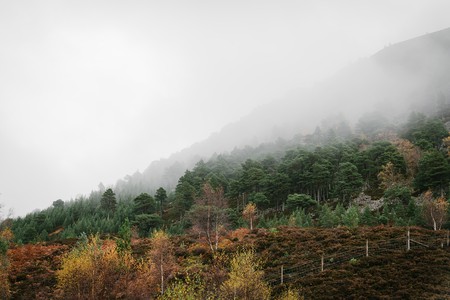 Start your road trip in the historic city of Aberdeen, known for its gorgeous granite architecture. You could easily lose a day or two wandering its old-world streets. If you have time, visit the Brig o’ Balgownie, a picture-perfect 13th-century bridge rumoured to have been built by Robert the Bruce.

Now it’s time to get active. Think Scotland and you might not immediately think of outdoor swimming. But there are a number of lidos (outdoor pools built during the early 20th century) along Scotland’s coast. Claiming to be the most northerly in the UK is Stonehaven open-air pool. It’s filled with cleaned saltwater, is Olympic-size and, perhaps most important, is heated, so it can be enjoyed any time of the year. 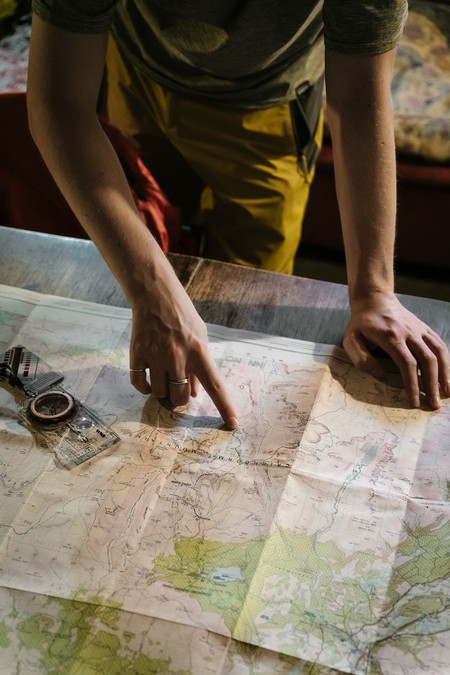 Experienced hikers should plan a climb to the top of Ben Macdui, the second-highest peak in Britain | © Murray Orr / Culture Trip

After your balmy dip in the sea (well, sort of), go west. You’ll pass through the Victorian spa town of Ballater (look out for the royals – Balmoral Castle is a mere eight miles away) and into the stunning Cairngorms National Park. You can’t visit Scotland without ‘bagging a Munro’ – that is, climbing one of the country’s 3,000-foot (914-metre) peaks. While Ben Nevis gets a lot of attention, Ben Macdui, the UK’s second-highest peak, is a far more rugged and satisfying experience. But take note: This is a serious remote hike, so if you’re not an experienced walker or have doubts, hire a local guide.

Now for something a little more genteel. With its towering turrets and ivy-covered walls, Ballindalloch Castle and Gardens is the very definition of a fairytale castle. Open from April to September every year, it’s where you can immerse yourself in five centuries of Highland history by exploring the romantic interiors. The property is particularly special as it remains a home: the Macpherson-Grant family have lived here since the castle was built in 1546. 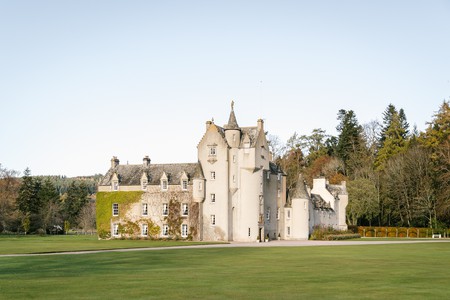 Known as the ‘pearl of the north’, the magnificent Ballindalloch Castle welcomes visitors between April and September every year | © Murray Orr / Culture Trip 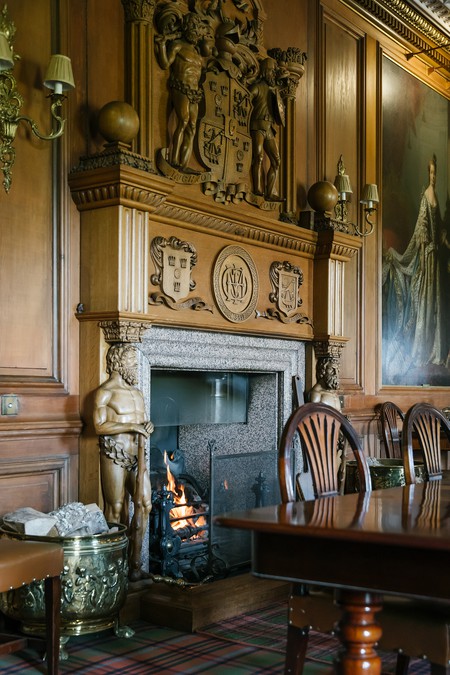 Ballindalloch Castle is the home of the Macpherson-Grants, the family who first founded it in 1546 | © Murray Orr / Culture Trip

Every road trip needs some quality snacks, so pull into the Walkers Shortbread Factory Shop in the pretty village of Aberlour to stock up. For the uninitiated, Walkers is Scotland’s biggest food exporter, making melt-in-your-mouth shortbread that’s incredibly moreish.

You’re in the heart of whisky country now, so it’s worth making time for a tipple. Speyside single malt originates here, and there are dozens of distilleries in the area, including big sellers like Glenfiddich and Glenlivet. Make a detour to enchanting Strathisla. It’s a little off the main North East 250 route, but it stands out as the oldest operating distillery in the Highlands. (It dates from the late 1700s.) 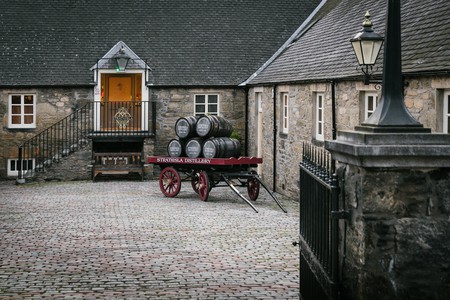 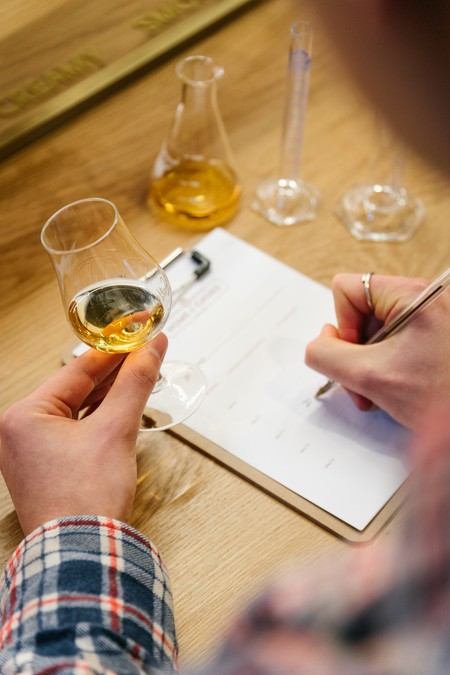 The next part of the route heads for the sea, marking the start of the coastal section of the journey. At the Scottish Dolphin Centre in Spey Bay, you can see dolphins from the beach as well as learn about marine conservation. 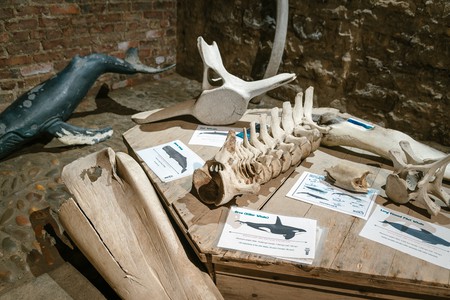 Twenty minutes along the coast and you’ve got the chance to stop off at the first of Aberdeenshire’s atmospheric fishing villages, Cullen. Arrive at lunchtime for a bowl of piping hot Cullen skink. This thick and creamy haddock soup is world-famous and (we suspect) was devised as an antidote to Scotland’s famously wild weather. From Cullen you can walk to the remote and windswept Sunnyside Beach. With a dramatic coastline, the beach is accessible only by footpath, so you might just have the place to yourself. 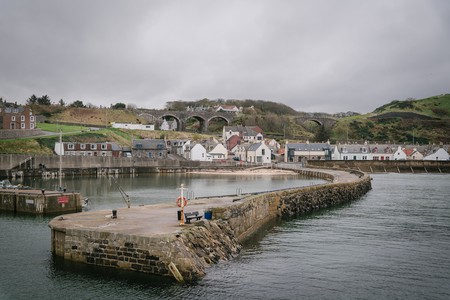 The pretty fishing village of Cullen is famous for its hearty soup Cullen skink, made from smoked haddock, potatoes and onions | © Murray Orr / Culture Trip

Drive farther east and you’ll reach Fraserburgh and the site of the country’s very first lighthouse. It started off as a lamp popped on top of a castle tower, a makeshift ensemble that evolved into Kinnaird Head Lighthouse. You can visit it today as part of the fascinating Museum of Scottish Lighthouses. 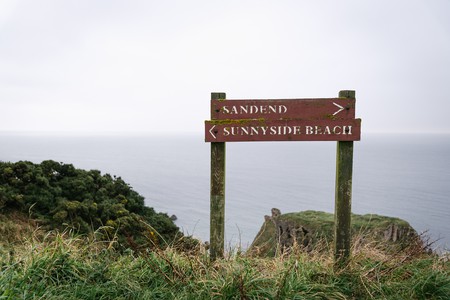 For the final leg of the circuit, head south along the Aberdeenshire coast. Perched precariously on high cliffs, you’ll pass 16th-century Slains Castle (also known as New Slains Castle, to distinguish it from the 13th-century Old Slains Castle nearby). With a view out to the North Sea, it’s here that Bram Stoker was rumoured to have been inspired to write Dracula. It has a dramatic feel to it and is just the place to reflect on your Scottish adventure. 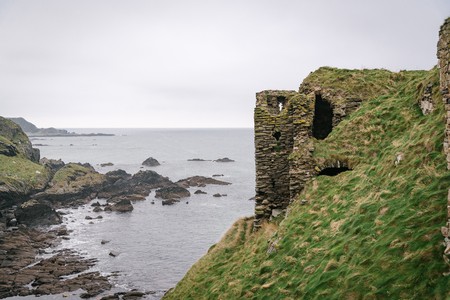 Ready to explore your passions and discover the unexpected? Find your Great Britain at visitbritain.com