Musicians From Scotland You Should Know 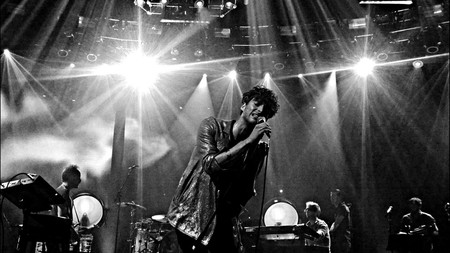 Scotland is a song that sings to your soul, just as Scottish bands and musicians are dab hands at striking a cord with fans. From lyrics of substance to dreamlike instrumentals, let these Scots musicians serve as medicine to the mind.

With songs as addictive as candy, Paolo Nutini, with his sultry tones and thoughtful lyrics, is one of Scotland’s golden musical sensations. Born in Paisley and after a stint as a roadie playing as many gigs as possible, Nutini landed on the music map after the release of his first single Last Request in 2006. His debut album These Streets came out that same year with his ever-so catchy single ‘Jenny Don’t Be Hasty’. His third album Caustic Love shows strong musical prowess and soulful R&B vibes. Behind that charming Scottish accent is an Italian stallion heritage courtesy of his dad. In a 2014 interview with Q Magazine, Nutini confessed to smoking weed every day since the age of 16.

Formed in 2011, Glasgow band Chvrches (pronounced ‘churches’) are a triple threat of a Scottish synthpop band sure to instill a spring in your step. The clean, symphonic blend of synthesisers, guitar, bass, samplers and drums meld in with punchy lyrics from lead singer Lauren Mayberry backed up beautifully by Iain Cook and Martin Doherty. Dubbed by Neon Gold as ‘a godless hurricane of kinetic pop energy’, the effervescent hints of indietronica, indie pop and electronic dance prove popular amongst critics and fans. The writing, recording and mixing is undertaken in a subterranean studio in Glasgow.

Hailing from Glasgow and Edinburgh, the babes of Honeyblood consist of dynamic duo Stina Tweeddale and Cat Myers, who together create a torrent of energetic burst and haunting lyrics. The band are represented by FatCat Records and have supported the likes of Foo Fighters, Sleigh Bells and Palma Violets. They have also wowed crowds at the likes of T In The Park and SXSW. The name Honeyblood came from a ‘lazy’ Halloween costume where Tweeddale made fake blood from honey, water, corn flour and red food die! Sparks ignited following the release of their second album Babes Never Die in 2016.

Mogwai are like Scotland’s version of Explosions In The Sky, with their penchant for instrumental pieces and fondness for the absence of lyrics. Still, the result is something that stops you in your tracks, begging you to take a listen. And that, after all, is the magic behind music. Formed in 1995, Mogwai — which interestingly means ‘devil’ or ‘evil spirit’ in Cantonese — feature in the film Miami Vice through their song Auto Rock, amongst others.

Belle & Sebastian are one of the stand-out jewels in the Scottish music crown. Formed in 1996 by Stuart Murdoch and Stuart David, the band has garnered quite the loyal following and praise by critics over the years, releasing nine studio albums so far. Recorded in three days, the first full album, Tigermilk, proved successful and resulted in the addition of more band members, while the second album, If You’re Feeling Sinister, was deemed as ‘one of the greatest albums between 1985 and 2005’ by Spin. The band’s name derives from the TV adaptation of French novel Belle et Sébastien.