An Introduction to Scottish Whisky by Region 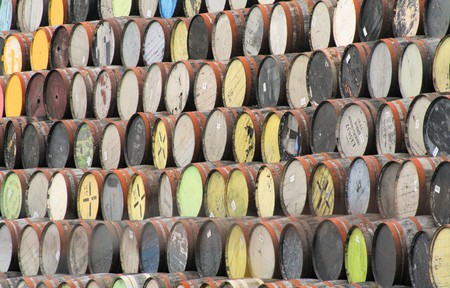 In order for a drink to be rendered as genuine ‘Scotch whisky’, an extensive set of steps must be carried out by law. Before the introduction of wheat and rye to the mix in the latter part of the 18th century, all whisky was made from malted barley. In order to become the real McCoy, Scotch must be aged in oak barrels for at least three years. There are multiple ways to decipher between different types of whisky. Without getting too complex, distinguishing loosely between a few regions is a promising start.

Situated near the Moray Firth and in the north-east part of Scotland is Speyside, a beautiful area surrounding the River Spey. This remote area has more whisky distilleries than any of the other whisky areas of Scotland. The rugged terrain and remoteness of the surrounding land served as a dream location for early malt distillers many moons ago. The harsh Scottish weather enabled them the freedom to illicitly and freely brew whisky without any unwanted distractions. For years this place has been a prime distilling spot, with its fresh Scottish water used within he malting process.

When the whisky industry finally became legal around about the 1820s, Speyside was already woven deeply into the whisky process.

This area is certainly known for its single malts, which are wonderfully intricate as well as robust, floral, sweet and heathery. Some of the most notable whisky names of all time, such as Glenfiddich, Cragganmore, Glenlivet and Cardhu, come from this glorious region. 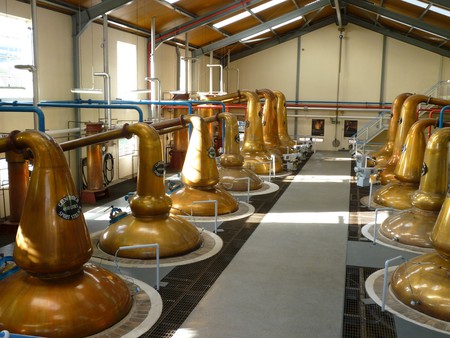 Distilleries in the Highlands

The Highlands are a truly enchanting area of Scotland. Teeming with history and intrigue, this majestic land is also a traditional Scotch whisky region. Legend has it that the Highlanders were in greater need of whisky than the other parts due to the long, gruelling winters and unpredictable agricultural seasons. With this notion ingrained into the soul, distilling became a way of Highland life and commenced every year after harvest. During the 18th century, a few kind-hearted lawmakers recognised the important bond between Highlanders and Scotch. Although they didn’t let them off scot-free, they did soften the rules for the Highlands (as opposed to those in the Lowlands). They taxed them lower amounts with the promise that no whisky would leave the region. Of course, they smuggled it out anyway.

When the Lowland distilleries opted to focus on grain whisky after 1830, the Highlanders became the true masters of malt whisky. It’s worth nothing that the Highlands cover a vast space of Scotland, so the Scotch varies from place to place. Long story short, Highland whiskies are not always as sweet as those from the Speyside area, they tend to have more of a kick than their Lowland counterparts and yet they are not necessarily as strong as those from the Isles. Highland Park, Glenmorangie, Dalmore, Aberfeldy and Dalwhinnie are just a few of the whiskies to come from the Highlands. 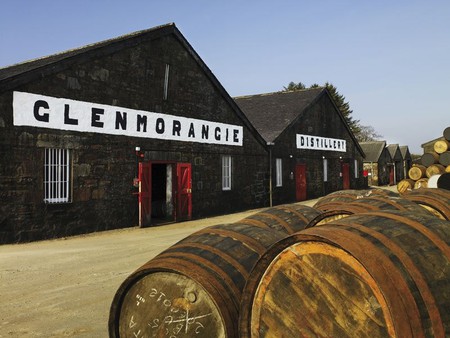 Like the other whisky regions, the Hebridean island of Islay has a long and intimate past with the traditions surrounding the making of Scottish whisky. It’s only fitting that whisky has been distilled on Islay for years, as the island is notorious for its remoteness and rugged nature. To put it lightly, whisky from Islay is strong and hardy, just like its people and environment. For years, inhabitants of Islay have had a spectacular sense of island mentality and a commendable ability to survive in even the toughest of conditions. Even with minimal amounts of grain in the area, people there still managed to distil whisky of the highest quality. When the industry began to boom, it was not uncommon for small distilleries to pop up left, right and centre (despite the law). When people think of Islay whisky, names like Bruichladdich, Bowmore, Ardbeg and Bunnahabhain most certainly come to mind. 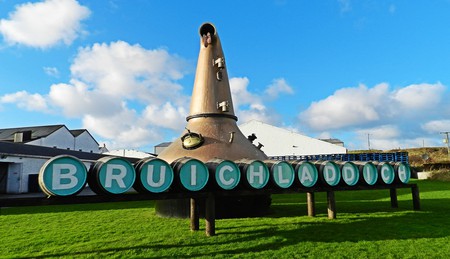 The Lowlands Glenkinchie distillery and more

The Lowlands may not garner as much attention as the majestic and overpowering beauty associated with the Highlands, but it still counts as one of the traditional whisky regions of Scotland. The Lowlands are known to be a prime agricultural spot with a higher human population than the Highlands. When the whisky industry first started to truly gain serious momentum, the Lowlands were taxed a considerable amount higher than their Highland counterparts for the illegal distilling of whisky. Nowadays, this is certainly not the case, seeing as the romantic Highlands tend to commandeer the limelight when it comes to malt. This aside, those in the know will be aware of the famous Glenkinchie distillery, which can be found on the outskirts of Edinburgh. This famous malt is the colour of straw and is also known as being fresh and breezy. Many detect the aroma of grass cuttings when smelling it. Head to the Clydebank area and find Auchentoshan at Dalmuir. This beauty has been standing strong since 1823 on an old monastery. Some describe the flavour as being ‘cerealy’ and malty with a touch of smoothness. 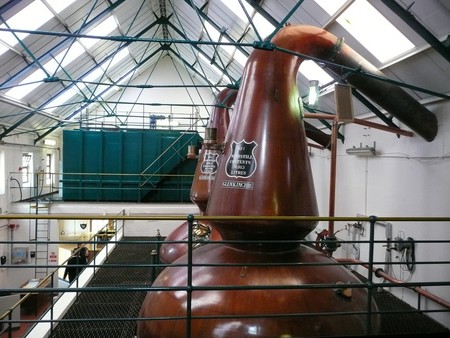