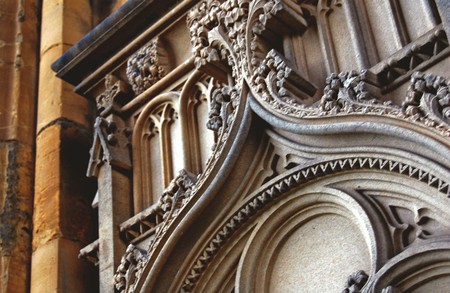 And the award winner for the Best Place to Live in Scotland is…Melrose! As pretty as can be, the town of Melrose is Scotland’s answer to the Cotswolds, yet it still stands out as a jewel in its own right. This charming place, nestled deep in the heart of the Scottish Borders, is a historical mosaic famed for its age-old abbey ruins. A golden nugget in terms of independent bespoke shops and scenic splendour, it’s also the birthplace of the rugby sevens.

In order to find the best places to live, the distinguished Sunday Times guide considered a vast array of factors from culture and community spirit to broadband speed, schools and more.

Standing proudly in the heart of town, Melrose Abbey is unspeakably beautiful as far as ruins go. As one of Scotland’s most famous historic sites, the Abbey was founded in 1136 for the Cistercian Order by David I. 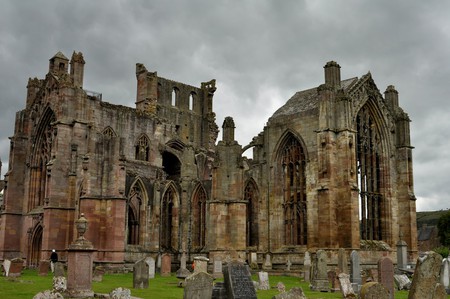 From sculptures of hobgoblins and a bagpipe-playing pig (no joke) to cooks holding ladles, the surviving parts are from the 15th century. Beating beneath these breathtaking ruins is said to be the heart of Robert the Bruce, which is acknowledged with a commemorative stone plaque.

Just a stone’s throw from Melrose is Abbotsford House, the former home of legendary Scots writer Sir Walter Scott. This architectural wonder, which Scott himself referred to as ‘romance in stone and mortar’, plays host to countless objects and artefacts that provide insight into his captivating mind. 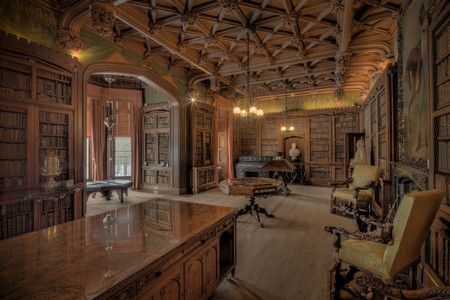 The Three Hills Roman Heritage Centre at the Market Square is a museum that pays homage to Trimontium, the nearby 370-acre Roman Fort at Newstead. Trimontium means ‘the place of the three hills’ and refers to the majestic Eildon Hills that paint the town’s backdrop. Guided tours to the site operate between April and October. 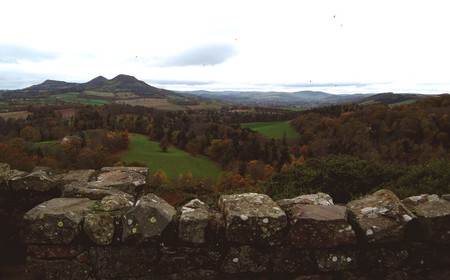 Aside from the dapper town square, Melrose is set amidst a smorgasbord of verdant scenery awash with multiple shades of green, while the Eildon Hills are a dream for outdoor enthusiasts. When in full bloom, a wander around Harmony Garden is just the ticket. This striking place is home to the annual Borders Book Festival – an event woven into the fabric of society. 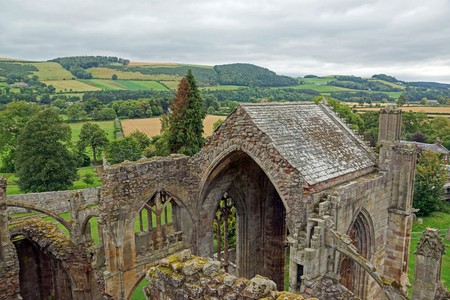 A town’s character is often reflected in the local businesses. And Melrose is brimming with bespoke spots. From the wine shop and the deli to the two butchers, bakery, sweetie shop, bookshop, boutiques and magical flower shops, there’s enough fun to entertain all kinds. 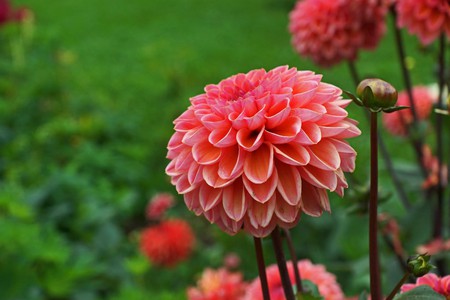 As the birthplace of the rugby sevens, Melrose and rugby go way back. It started in 1883 after a local suggested a shortened version of the popular game where seven players play seven-minute halves. This celebrated annual event has been going strong at the Greenyards ever since, and it welcomes teams from all over the world. 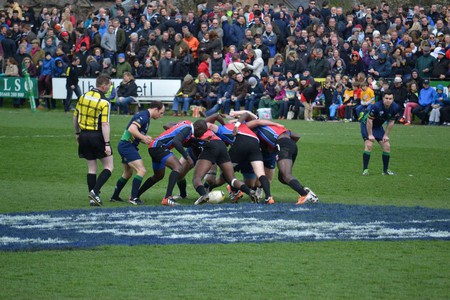 Like the rest of Scotland, Melrose takes advantage of the local larder with its surprisingly sizeable array of eateries. A culinary icon, the ever-so-stylish Hoebridge is a family-run haven with the seasonal menu of champions.

The Tweedbank stop along the famous and wonderfully scenic Borders Railway line is a mere 20-minute walk from Melrose, while the 4 Abbeys Circular Cycle Route is a firm favourite for those on wheels. 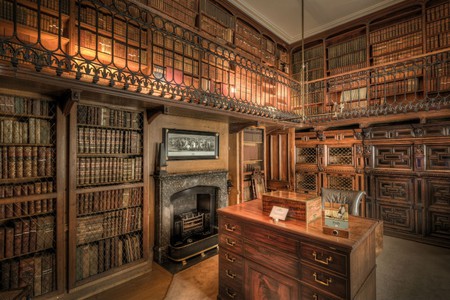 From the captivating history to its rugby heritage, and the breathtaking countryside, Melrose holds the key to the hearts of many and not just Robert the Bruce!