Glasgow’s Troubled Relationship with 'The Mack' 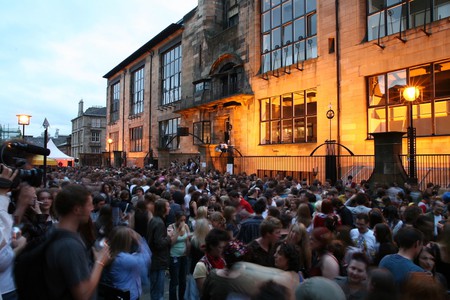 A degree show party outside The Mack | © Glasgow School of Art

With the recent fire ravaging the Glasgow School of Art for a second time in four years, there has been frenzied debate about whether Mackintosh’s phoenix can rise from the ashes again, or whether it is time it was laid to rest. But what is it about this building that invokes such fervid discussions almost a century after it was completed?

Affectionately nicknamed ‘The Mack’ after its architect Charles Rennie Mackintosh, the school of art is Glasgow’s equivalent of Barcelona’s Sagrada Família. It was brave, bold and entirely different from anything else that was built at the time, but like Antoni Gaudi’s masterpiece, it wasn’t always revered. Unveiled to the public on a mizzly winter’s day in 1899, the building’s unusual blend of architectural styles proved so controversial that it killed Mackintosh’s career. However, the building’s allure has cast a spell on every student that has navigated its labyrinthine corridors and embedded itself in Glasgow’s cultural landscape. 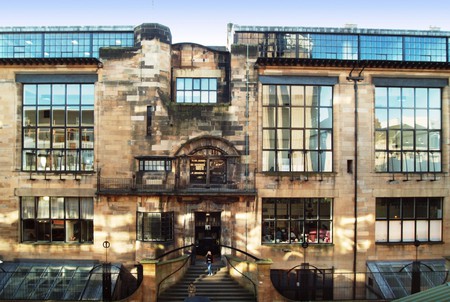 Commissioned by the art school’s maverick director Francis Newbery, the building was always destined to provoke. Newbery selected Mackintosh for his enigmatic style, despite the 31-year old having designed just a handful of other buildings.

However, the original budget only covered half of Mackintosh’s ambitious plans and it was opened half-finished, with many failing to understand its idiosyncrasies and convoluted layout. Mackintosh wasn’t even invited to the opening ceremony. 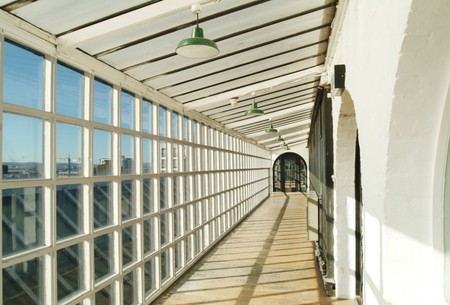 “The prevailing fashion was the Beaux-Arts style, a highly decorative form of architecture,” explains Scottish architect Alan Dunlop. “What Mackintosh proposed was something radically different, with a Scots Baronial style for part of it with its castle-like facade, but Mackintosh was also one of the first architects to incorporate Japanese influences into his design.”

Given the fashion for the drama and symmetry of Beaux Arts, it’s not a surprise that the public failed to grasp the nuances of Mackintosh’s building, with its long corridors, intimate alcoves and cocktail of styles. “The circulation spaces were dark, sumptuous and had you lingering, eventually bringing you out into brilliant, naturally lit white studios,” says alumnus Emlyn Firth, who’s now director of a visual agency. 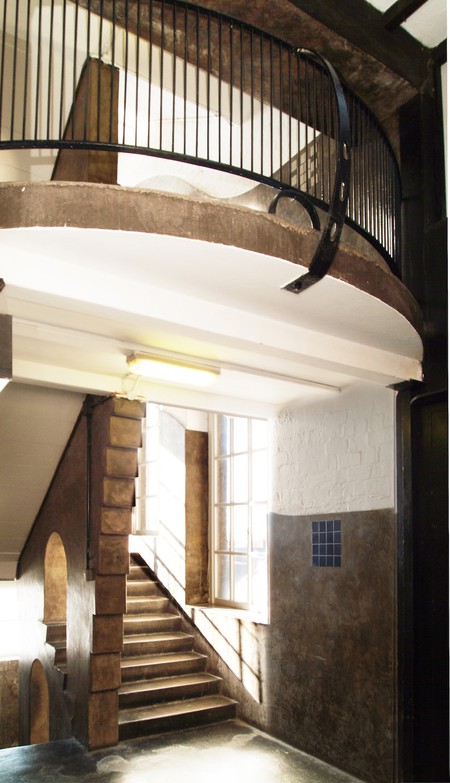 The Mack is a building of two opposing halves. The eastern end was inspired by Scotland’s turreted medieval castles. The west side, with its imposing trio of art-deco oriel windows fully embraced the modern world. Even more radical was the library with its grid-like timber form that bore more resemblance to Kyoto’s Ninomaru Palace than a Scottish fortress, thanks to its central courtyard-like space surrounded by verandas. It was this highly unorthodox space that gradually became acknowledged as Mackintosh’s masterwork and cemented his reputation as a visionary architect. 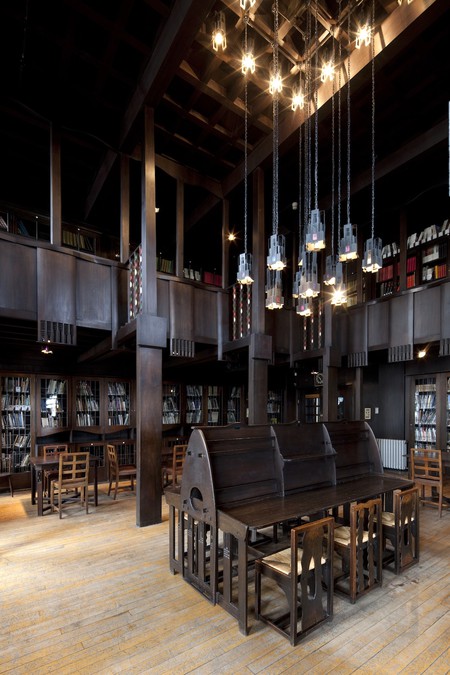 Mackintosh’s building is very easy to read. He laid bare the method of construction, making no attempt to disguise the inner workings of the structural elements. Nevertheless, the building baffled a public who was not used to seeing a building so pared back.

“There was an honesty about his work as well as being highly stylised, and I think this expressive and innovative way of building was extremely influential to the Modern movement in architecture,” says Dunlop. “It offered something completely new and that’s why it was so instrumental – he really was a pioneer.” 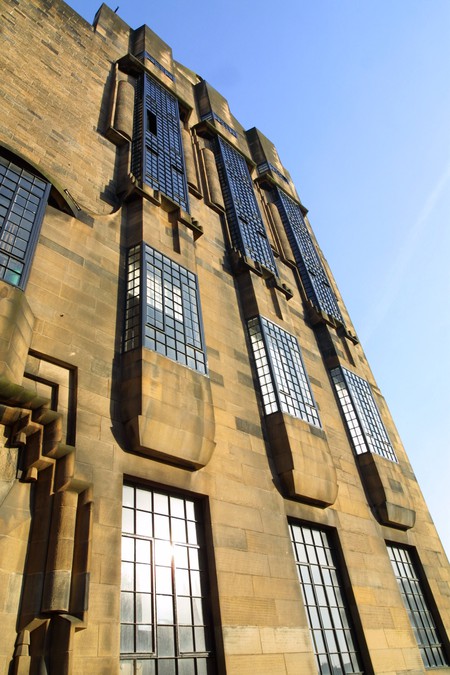 The west facade with its oriel windows | © Glasgow School of Art

Sadly, the building remained misunderstood and Mackintosh’s career ground to a halt, with the architect dying in relative poverty just 18 years after the building was finally completed in 1909. After the Second World War, The Mack almost fell victim to a futuristic council-backed plan called the Bruce Report, which have ripped out the city’s Victorian and Georgian heart, along with Mackintosh’s architectural gems. In the end, the council couldn’t raise the money and the plan was iced.

By the 1960s, Glasgow began viewing its relics with a renewed sense of affection. The influential art historian Roger Billcliffe championed Mackintosh as an extraordinary Scottish talent. For the creative community, Mackintosh’s masterpiece has had a long-standing allure, with many of Scotland’s most influential contemporary artists knocking on its doors during the 1980s, including Ken Currie, Alison Watt and Steven Campbell. 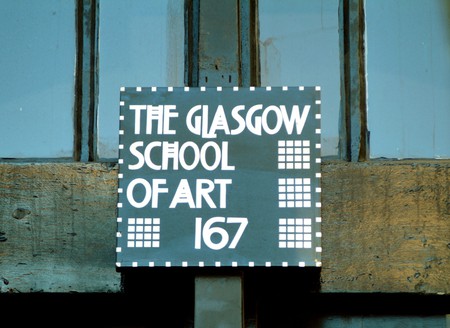 British fashion designer Pam Hogg graduated from the school and shot to fame in the 1980s. “Arriving at The Mack was like landing on another planet,” says Hogg. “I hadn’t been exposed to anything like it before: the insane design, the irregularities, the unexpected corners, the craftsmanship. It hit me like a shockwave of joy. It was a place that before this moment in time had never existed but where instinctively I knew I’d always wanted to be. It drew me in like a life force.”

The Mack’s magnetism soon stretched well beyond the artistic circles. “Glasgow’s economy and population has shrunk substantially from its days as ‘second city of the empire’, and without getting into the politics of things, something like The Mack only takes on greater significance and status as a treasure over time as other buildings and areas have lost their lustre,” says Firth. “There’s a tacit understanding that the place continues to act as a hub for the city and helps generate a cultural landscape. That culture transcends the building of course, but I think it’s part of the reason folk here have found this fire hard to swallow.” 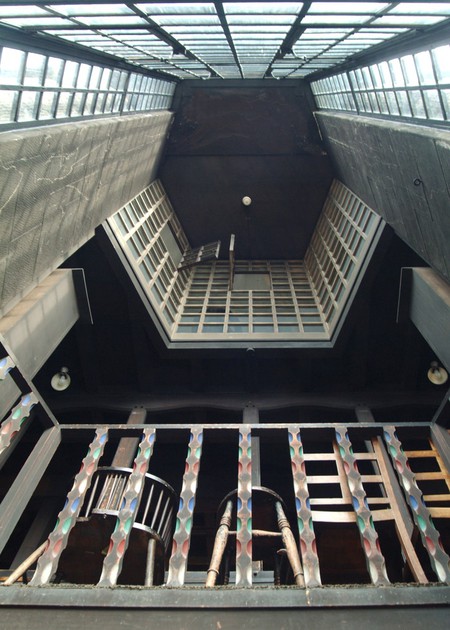 The fire has had devastating consequences. Not only in terms of losing Glasgow’s prized architectural gem, especially Page\Park’s painstaking restoration work on the library following the first fire in 2014, but also owing to its economic value. “You can’t divorce the positive attitude towards his work as an architect from the amount of money he brings into Glasgow,” says Dunlop. “And there’s a whole industry now in ‘Mockintosh’ – everywhere people are selling Mockintosh keychains or mugs – so there’s obviously there’s a lot of economics tied up in the story of mackintosh himself.”

The public’s tricky relationship with The Mack is also being tested in other ways, and its fickleness is understandable given local homeowners and businesses have been seriously impacted by the blaze. 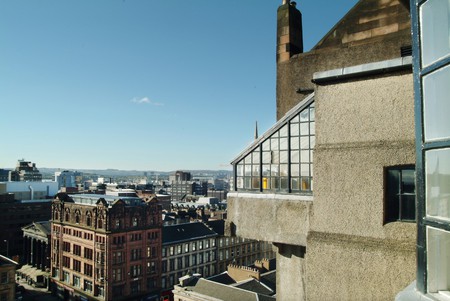 “There was an online vox pop done recently saying that Scotland’s Hampden Park stadium is more important to locals than the Glasgow School of Art,” reveals Dunlop. “The community around here are not necessarily concerned with rebuilding it or whether we should have a new art school, it’s to do with whether they’re sleeping on a friend’s floor or going to a new hotel every night, or whether their business is about to collapse.”

The brutal fact remains that a decision has to be made on whether its smouldering shell will be scrupulously returned to its former glory or not. “It’s the crown of Glasgow – a total inspiration to all who travel worldwide to see it,” says Hogg. “Rarely does a building touch so many people. There’s an excellent new building across the road, which is beautifully designed and functional but it doesn’t touch the glory of the Mackintosh, nothing will.” 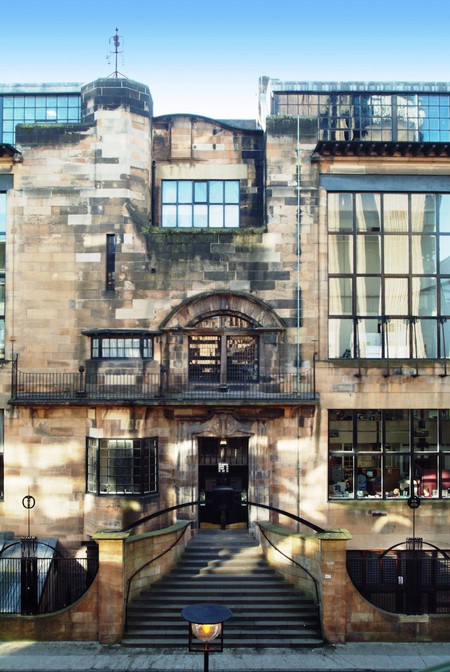 While Hogg and Firth take a nostalgic view, some aren’t so sure that another restoration project is the way forward. “I think there should be an open debate and a chance for reflection to consider all options,” says Dunlop. “What’s fundamentally important about the building is that it’s not a museum, it was a working art school, and if we’re talking about rebuilding it brick by brick there will be an effort to make it into a Mackintosh museum rather than reinstate it as an art school and I think that would be desperately sad.”

What’s certain is everybody wants a piece of The Mack – to know of it, to have experienced it, to love it or to hate it. The building’s pure singularity demands an opinion, regardless of what that might be. And while its fate is yet to be determined, there’s no doubt that it’s rare for a building to conjure up such heightened emotions, and that is testament to what an extraordinary building Mackintosh created.