Glasgow Food Delicacies You Might Not Have Heard Of 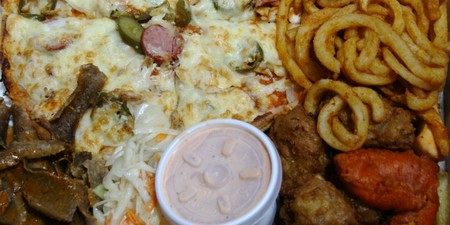 Let it be known that Glasgow, with its fuss free eateries and experimental nature, is a culinary playground. There are no rules! From the vast array of Indian dishes to chips and cheese, whet the appetite with our guide to the glorious Glasgow delicacies you might not have heard of.

Unbeknown to many, Glasgow, although exceedingly ‘Scottish’, is the Curry Capital of the UK, with lots of Indian restaurants to choose from. Perhaps the most popular dish is the age-old British favourite, chicken tikka masala, with its sinfully creamy spiced orange sauce and perfectly cut chunks of chicken. A Glasgow culinary institution, Shish Mahal is hands down one of the best spots for this dish. Once more, the founder Mr Ali is famed for creating it! The story goes that one day, a customer complained about the curry being too dry. Mr Ali, who had a stomach ulcer at the time and was only allowed to eat tomato soup, added some to the dish (with a few extra ingredients). Needless to say, the customer was so impressed that he kept coming back for more, each time with a bigger group of friends. And so, chicken tikka masala was born. 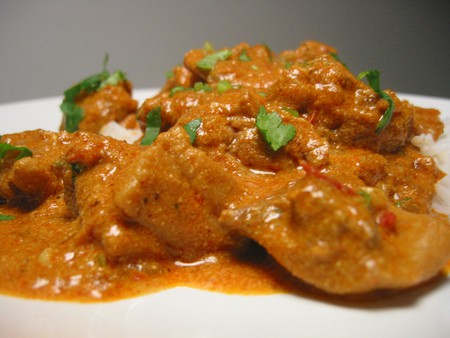 Did we mention that Glasgow is the Curry Capital of the UK? This is no joke. Another firm fave around Scotland’s largest city, pakora must not be confused with an onion bhaji. Just don’t. This delicious deep-fried snack fits right in with the Scots love for, well, deep-frying things (yes, we mean you Mars Bars and pizza). Whether a post night-out snack or a wee dish to tide you over, Glaswegians will never part with pakora. 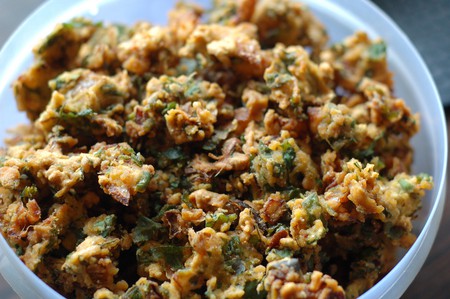 How can you possibly make the beautifully gooey, cheesy overload classic that is macaroni and cheese better? Shove it in a pie. Seriously. A staple in the Scottish and Glaswegian diet, this beauty is a welcoming piece of comfort and warmth when the weather is pure baltic. 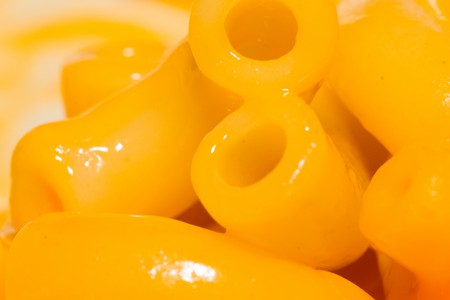 There’s comfort food and then there’s food that sedates you in the best possible way. A roll and fritter fits into the latter category. When carbs scream your name, head to any chippy in Glasgow and order a fritter roll. This Scottish food, with its stodgy goodness, is essentially a couple of potato fritters cuddled by a fluffy white roll served with salt and vinegar. The pièce de résistance, the roll is then fried until crisp. Perfect for diet cheat days and when on a budget. 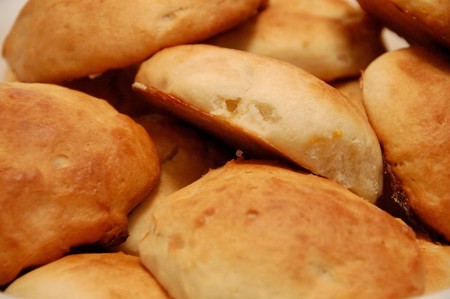 The kind of dish you’d expect when you stay at granny’s house, you just cannae beat a tattie scone. Otherworldly and overflowing with flour, it pairs perfectly with eggs, sausages, bacon, and butter — basically the full works. Found in cafes and brunch places, we suggest you wash it down with a swig of Irn-Bru and away you go. 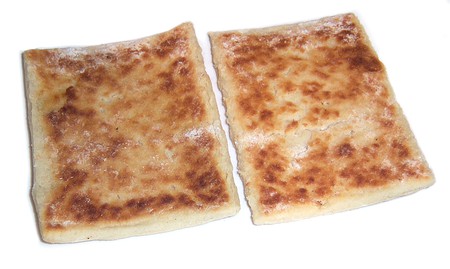 Absurd to non-Scots, chips and cheese is a staple when it comes to grazing in Glasgow and the rest of Scotland. It is how it sounds — a portion of chips smothered in layers of wonderful, delectable processed cheese. The more the better. Nothing beats that taste of half melted cheese against a hot fluffy chip. Whether on the skite or for a quick dinner fix, you can find this culinary delight at any chippy. 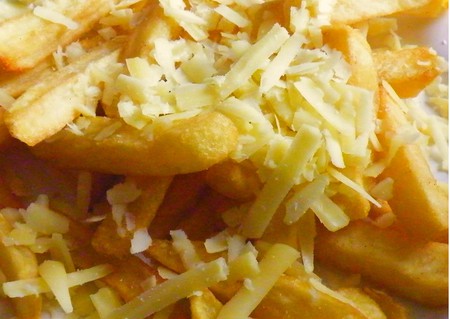 An integral part of the ‘Full Scottish’ breakfast, Lorne Sausage is a delicious delight made from meat, spices and rusk. Known to others as square, slice or flat sausage, like many Scottish delicacies, it goes very well with a roll. As far as its origins, two theories exist. The first suggests it was named after the 1920s music hall Scottish comedian Tommy Lorne, while the second states that it was named after Lorne, a region in Argyll. 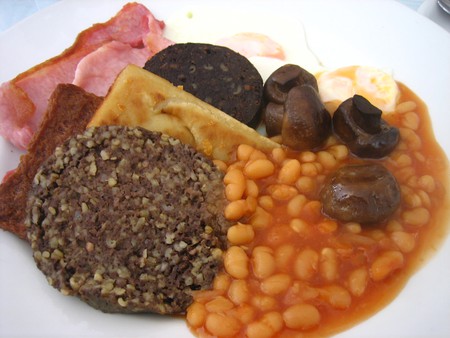 Last but not least — the munchy box. Unashamedly fatty and decadent to the core, this box of dreams includes the full works and then some. Think of a take-away pizza box filled to the brim with chips, kebab meat, pizza, naan bread, coleslaw, chicken tikka, pakora, onion rings and so much more. That’s a munchy box. An infusion of salty carby goodness, it is also referred to as a ‘Glasgow salad’. Then again, the Glasgow salad can also mean chips. 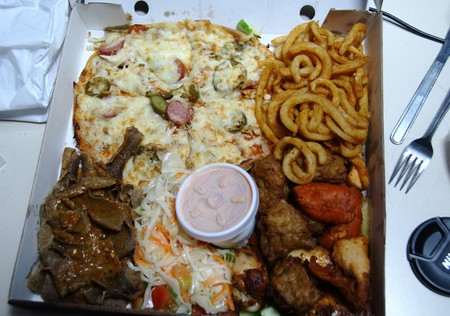 Munchy Box | © k3b4b/Flickr
Give us feedback