Exploring the Remote Beauty of the Orkney Islands 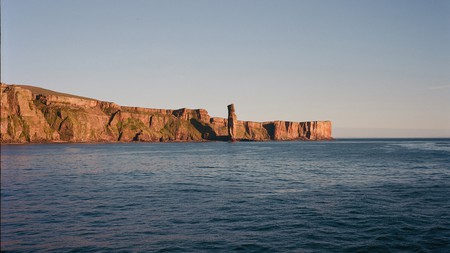 Unlike the islands off the west coast of Scotland, the main island of Orkney – known as Mainland – far more closely resembles the south of England, full of rolling hills and divided up into neat farmland. Journeying on the car ferry from the Scottish mainland, from the delightfully named Scrabster to Stromness, this comes as something of a surprise, as the first impression of the 60-island strong archipelago are the great sea cliffs of Hoy – which lies to the southwest. Standing proud against the coastline, the Old Man of Hoy is an iconic sea stack which acts as warden of the waters, noting the comings and goings from the main port. 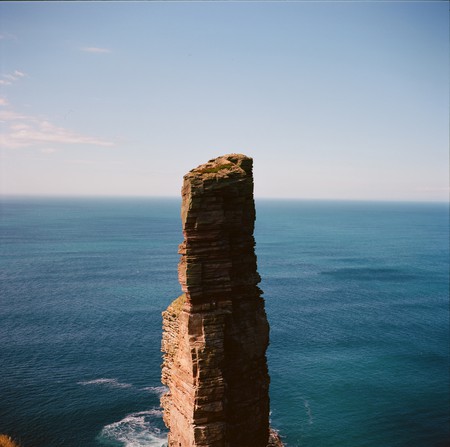 The Old Man of Hoy in Orkney, Scotland is one of the tallest stacks in the UK | | © Liz Seabrook / Culture Trip

It’s also possible to fly to Orkney and there are several airports around the islands. This is also where you’ll find the shortest commercial flight in the world: lasting just one-and-a-half minutes, it transports tourists between Westray and Papa Westray. The route is also serviced by ferries – which connect the other inhabited islands of the archipelago – and this choice of transport is probably a little more friendly to the puffins that occupy Papa Westray. 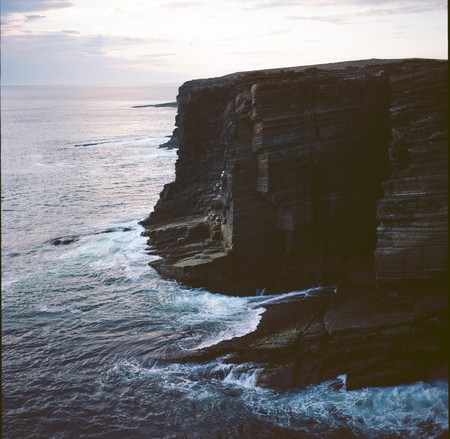 Renowned for its creative output, Stromness is full of shops selling local crafts and produce. The Pier Art Centre is particularly well stocked with beautiful graphic knitwear, jewellery, paintings and ornate badges depicting puffins in headdresses. If, on that note, you’re keen on birdwatching, Orkney is home to a large number of seabirds including the aforementioned puffins and sea eagles, which have recently returned to the higher, impassible hills of Hoy.

Hoy, which is also reachable from the port of Stromness, is a great island for a day of hiking and birdwatching. For those who are less mobile, a shuttle service operates across the island. The Old Man of Hoy is climbable (it’s previously been summited by an eight-year-old) if you’re an adventurous sort. If, however, you prefer to keep your feet on the ground, the walk from the Old Man of Hoy back to the port follows a valley which bisects the island; it’s a route covered in heather and surrounded by steep, rocky crags. 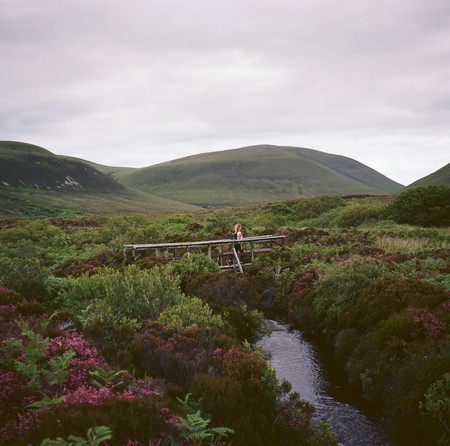 With few human inhabitants, the island is sparse and wild. Close to the ferry there is the cosy family-run Beneth’ill Café with a couple of dogs and, if you’re lucky, some lambs occupying a neighbouring smallholding. There isn’t much else on the island, so it’s the perfect place to stop for a well-deserved hot chocolate before heading back to the mainland. They also have a reserve of elusive puffin Royal Society for the Protection of Birds badges hidden in the till for those who ask nicely (but you didn’t hear it here).

If you’re visiting Orkney for the weekend, a trip to Hoy is a must. The mainland boasts beautiful white beaches and is mostly easy to drive around, with plenty of spots to park up and camp whether you’re partial to wild camping or full campsites. If you can brave the chill, the water is delightful to swim in. Waulkmill Bay is vast and expansive, and Dingieshowe beach has perfect Caribbean-white sand. 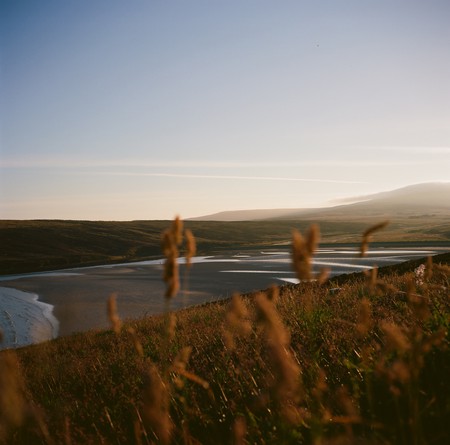 Waulkmill Bay in Orkney, Scotland, is the perfect place for a stroll along the sands | | © Liz Seabrook / Culture Trip

There are also many well-marked walking routes in Orkney and guide maps can be easily found around Stromness. The walk around the Gloup is very popular – with good reason – and also offers some fun little scrambles around the cliff edges, if you dare. Even in June, the mainland doesn’t tend to get too busy and it’s easy to find space to yourself; visiting the Ring of Brodgar at golden hour with only sheep as companions is a magical experience. 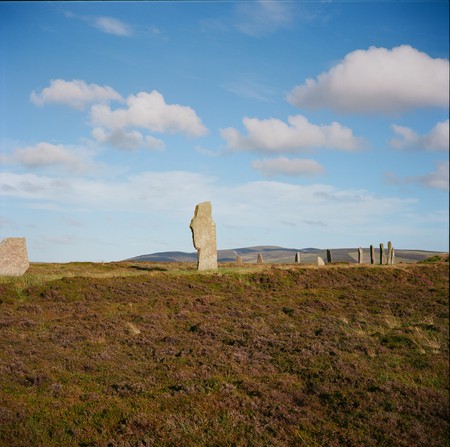 The Ring of Brodgar is part of the Heart of Neolithic Orkney World Heritage Site, which dates back some 5,000 years | | © Liz Seabrook / Culture Trip
Give us feedback