Edinburgh is renowned for both its natural and manmade beauty. From the historic UNESCO-protected Castle and Old Town, to the stunning Georgian New Town, Edinburgh has always bridged the old and new with elegance and character. We explore the architects who have shaped this city into the wonder that it is today. 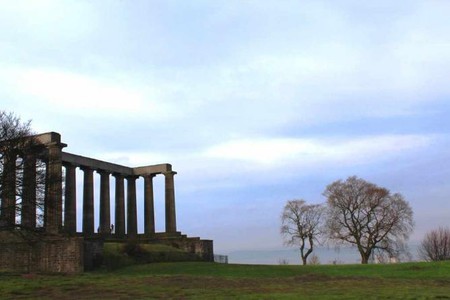 Renowned for his neo-classical style, Rhind designed numerous buildings for local government and churches, including Daniel Stewart’s Hospital, now better known as the esteemed Stewart Melville’s College. His masterpiece is one of the greatest buildings on George Street – The Dome. On the original site of the Royal College of Physicians, it was built in 1847 initially as the headquarters for the Commercial Bank of Scotland. Its distinctive domed form and elegant Grecian column facade give it a timeless appearance which complements the surrounding Georgian buildings. Rhind’s Dome is now a bar, restaurant and nightclub, famed for its afternoon tea and luxurious food – synonymous with the extravagant George Street. 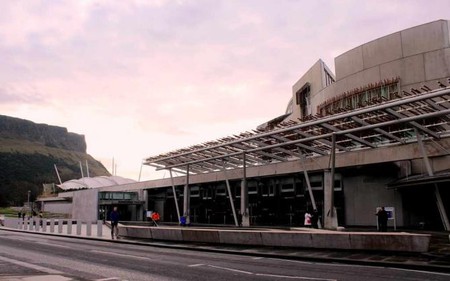 Blanc studied under David Rhind, but it was his time at the School of Art and Design that developed his unique interest in medieval architecture. This gothic style pervades his work – most notably the Argyll Tower and Portcullis on Edinburgh Castle, a restoration project he undertook in 1886 which stands as the iconic entrance today. His many churches, including the stunning Christ Episcopal Church in Bruntsfield, exhibit his fascination with the medieval and lend many of his works in Edinburgh their old-world charm. 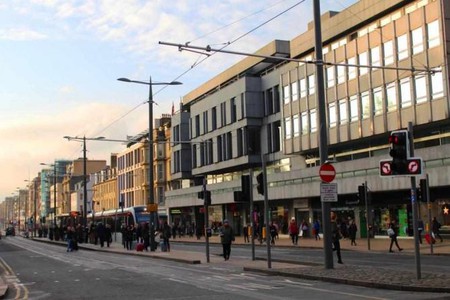 Son of James Playfair, who designed Melville Castle, William Henry Playfair was one of the most prolific architects of his day. Playfair is the mastermind behind Edinburgh’s famous Calton Hill. Designing Royal, Carlton, and Regent Terrace, Playfair secured the hill a prominent status with his beautiful Georgian townhouses. The hill itself is compromised of various monuments and neo-classical buildings, including the City Observatory, the Dugald Steward Monument, and the never-finished National Monument, a Napoleonic war memorial. The latter, intended to be a replica of the Parthenon as part of Edinburgh’s pairing with Athens, ran out of funding and remained incomplete. Playfair’s design in Edinburgh extended along Princes Street too, with the construction of the National Gallery of Scotland and Royal Scottish Academy: the 2004 ‘Playfair Project’ saw these two beautiful buildings connected with an underground passage. 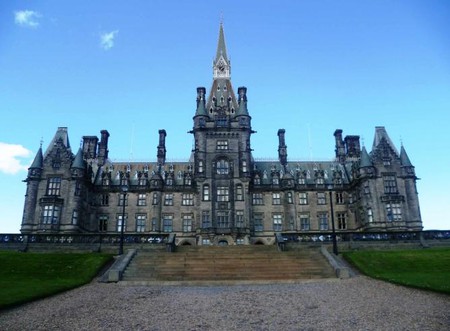 Architecture was a family business for Robert Adam: both his brother and father were architects, from whom he learnt his craft and worked with over the years. The Adam Brothers’ first joint venture was the completion of Hopetoun House in the Edinburgh burgh of South Queensferry, which their father had begun. Most notably in Edinburgh, Adam was responsible for the Old College at the University of Edinburgh and the Royal Exchange, which he worked on with his brother. It is not so much the buildings themselves as much as the ‘Adam style’ which he created that is his legacy. Rejecting the classical Palladian style brought to Britain by Inigo Jones, Adam played on the grotesque in Roman antiquity and incorporated concepts of the Rococo style, focusing on the ‘movement’ of architecture by contrasting form and structure. 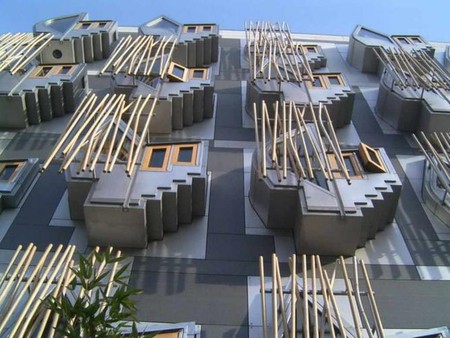 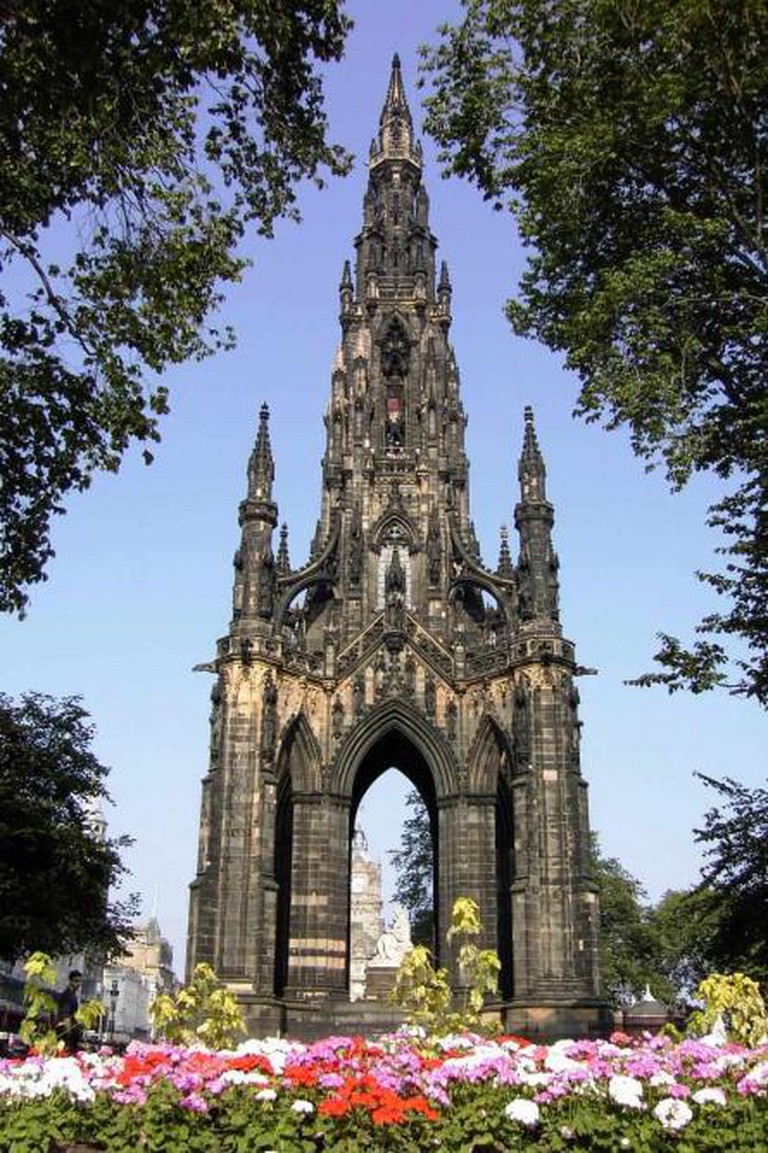 Sir Walter Scott Monument | Sir Walter Scott Monument
Bryce’s work in Edinburgh has undoubtedly shaped the city, and his Scottish Baronial style pervades his buildings, most notably the Royal Bank buildings, the Royal Infirmary, and Fettes College. The latter was commissioned by Sir William Fettes in 1815, to commemorate the early death of his son. His vision was a school to educate poor and orphaned children. Bryce’s building is a majestic blend of the French Chateau style and Scottish Baronial which gives it both a sweeping elegance and gothic edge. The building is now, ironically, one of the most prestigious private schools in the country: it affords one of the best views of Edinburgh’s skyline, and is undoubtedly one of the city’s finest buildings.
Open In Google Maps
Edinburgh, United Kingdom
Give us feedback

Kemp was a self-taught architect, who worked as a joiner and draughtsman. He found his place in history with an architectural competition in Edinburgh in 1836, to design a monument to commemorate literary sensation Sir Walter Scott. Fearing that his lack of experience or qualifications would hinder his entry, Kemp entered the competition under the pseudonym John Morvo, a famous 16th century Mason. Kemp came third in the competition, but a winning design could not be agreed upon – the top entries were invited to submit again. His gothic design and intricate detailing in the tower were greatly admired by the judges, and after improving his design, Kemp went on to win the competition: his work is the iconic Scott’s Monument on Princes Street we see today.

Scottish architect James Craig is arguably responsible for the Edinburgh New Town that we know and love today. The idea of a ‘New Town’ was proposed in the 1700s, when Edinburgh’s medieval old town was becoming over populated – Craig took on the project in the 1770s. Whilst Craig did not design the buildings in the New Town, he developed the layout still used today, creating Princes Street, George Street, and Queens Street, as well as Charlotte and St Andrews Square at each end. This simple but highly functional layout remains today. Craig had also originally planned to have a central circus in the middle of George Street, the only part of his plan that was never followed through. 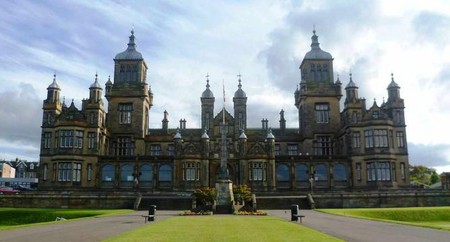 Building
Facebook
Email
Twitter
Pinterest
Copy link
Share
Map View
Contemporary Spanish architect Enric Miralles is the creator the New Scottish Parliament. Commissioned in the 1990s, Miralles submission was favoured for its cohesion with the natural Scottish elements. A highly conceptual building, it aims to unite the Scottish landscape with the people and their politics, employing curves to mimic leaves and waves, and mixed-media structure to echo the raw and untamed Scottish landscape. Scheduled to be finished in 2001, the project ran over by three years and at more than 10 times its estimated budget. Miralles sadly never saw his work completed. The building remains a subject of controversy, and despite its infamous reputation with the Scottish population, it has been praised by architects around the world, becoming a symbol of modern Scottish politics.
Open In Google Maps
Edinburgh, United Kingdom
Give us feedback
Give us feedback