The Best Things to Do in Dean Village, Edinburgh 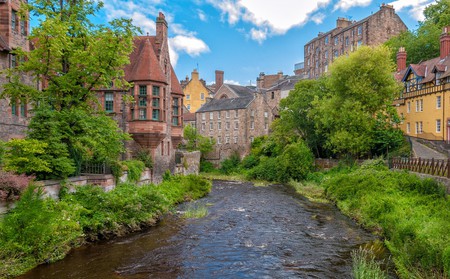 Entering the bucolic neighbourhood of Dean Village is like stepping into a time machine – the pavement beneath your feet is transformed into cobbled streets, and the white noise of the city melts away into tranquil, sylvan silence. Once a hub of industrial activity, Dean Village is now a residential community of storybook Victorian cottages and pastoral greenery. Though perhaps not as eventful as other Edinburgh neighbourhoods, Dean Village is brimming with unmissable charms and is perfect for those seeking a sweet, peaceful afternoon. Below is our list of hand picked attractions and things to do in Dean Village.

Sitting along the banks of the Water of Leith is the Scottish National Gallery of Modern Art, which is split across two elegant neoclassical buildings. Established as orphanages in the early 1800s, these bright and spacious buildings were refurbished in the late 1900s and now exhibit masterworks of the modern and contemporary era. The museum was awarded the Gulbenkian Prize for Museum of the Year in 2004, and boasts one of the most extensive collections of Dada and Surrealist art in the world, as well as works from Turner Prize-winning Rachel Whiteread and famous Edinburgh son Sir Eduardo Paolozzi. Combined with a lawn that has been landscaped to resemble chaos theory, how could you not pay the Scottish National Gallery of Modern Art a visit? 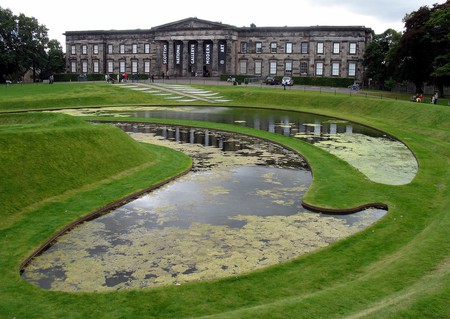 In 1760, locals discovered a natural spring near the Water of Leith. Word quickly spread that the water had magical healing properties, which could cure everything from arthritis to blindness. Dubbed St Bernard’s Well after the estate on which it was discovered, the wealthy quickly began flocking to the spring in search of a miracle cure for their ailments, though not everyone extolled its virtues – others described the water as having ‘the odious twang of hydrogen gas’, and tasting like ‘the washings from a foul gun barrel’. Nevertheless, a circular neoclassical pump room was erected on the site of the spring, based on an ancient Roman temple in Tivoli. A statue of Hygeia, the goddess of health, stands in the centre, as testament to the spring’s purported curative qualities. Though closed to the public since 1940, the pump room occasionally opens throughout the year, including Edinburgh’s annual Open Doors Day.

Experience a snapshot of the Victorian era at Well Court

Right in the heart of Dean Village is the stately Well Court, built in the 1880s from fine red sandstone. Epitomising the style of the arts and crafts movement, Well Court was commissioned by Sir John Findlay, who wished to provide decent housing for the working class families labouring at the mills in Dean Village. Though the conditions at Well Court were indeed much better than other areas, the inhabitants were made to live by strict rules. For instance, they had to attend church service at Well Court Hall every Sunday and abide by a strict curfew, or else they’d be locked out of their own homes. To make sure they were always home on time, Findlay also had constructed a beautiful clock tower, which continues to keep the residents of Dean Village punctual. Happily, however, the families of Well Court today reap all the benefits of their home’s historical design without such restraints. 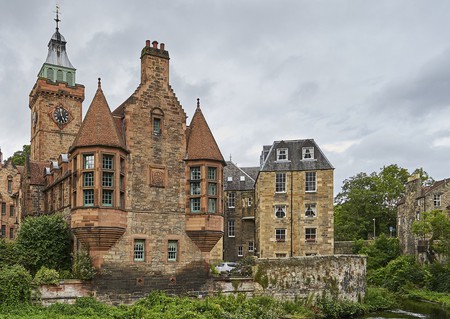 You may be forgiven for mistaking the hallowed ground of Dean Cemetery for a sculpture park. Located just north of Dean Village, some of the most wealthy and powerful people in British history are buried in this historical graveyard, and many commissioned jaw-dropping monuments to mark their final resting place. Works by Sir John Steell and Amelia Robertson Hill can be found here, as well as stellar examples of Victorian history and aesthetics. Ornate tributes can be found to Dr Joseph Bell, Queen Victoria’s personal physician and Arthur Conan Doyle’s inspiration for Sherlock Holmes, as well as Isabella Bird, a famous traveller and writer who became the first woman to become a fellow of the Royal Geographical Society. 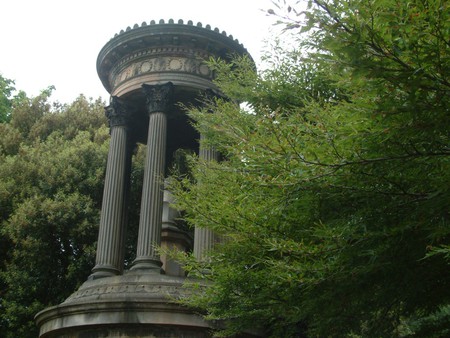