A Brief History of the Scottish Clan System 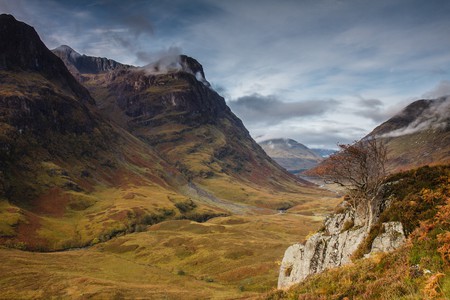 Glencoe, an Ancestral Home of the Clan MacDonald | © Petr Meissner/Flickr

If you ask someone what springs to mind when you mention Scotland, they are likely to list the stunning scenery, castles, shortbread, whisky and tartan. Many people would also talk of the Scottish clans, often mentioning an ancestor who left Scotland during the Highland Clearances, or perhaps sought adventure in America, Canada, or Australia. Here we share some details of the clan way of life, how things were, and how clans still affect Scotland and the Scottish diaspora today.

At its simplest a clan is an extended family, kinship ties binding closely, different branches of the same family tree, different surnames linked through a common shared history. The origins of the clan system are ancient, historians suggesting they date back at least 1000 years — long before Scotland was a nation. The word itself comes from the Scots Gaelic for offspring: “clann”. There was never any requirement for clans to all be from the same blood-related family, however, with adoption of a chief’s surname common by those living on clan lands, for example. Historically, each clan was led by a chief, someone in charge who would be expected to watch over those in his care, as well as make the final decision on any important matters — such as feuding. 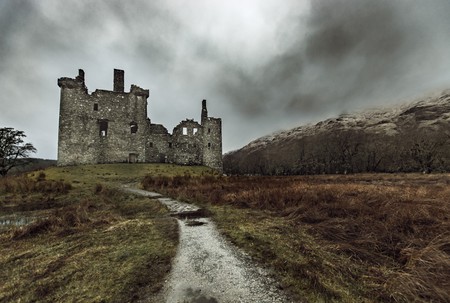 Each clan had a specific territory, often with several castles, which often changed ownership. When a clan grew and prospered they needed more fertile land to grow their food and raise their livestock in order to feed their people, especially during the long and often harsh winters. Since the best land was always already claimed by someone else, any clan expansion would need either diplomacy or force of arms; marriages and alliances worked, but violent confrontation was also common. The last major clan battle was fought just west of Wick in Caithness, in the year 1680, between the Campbells and the Sinclairs, and resulted in more than 300 deaths. Deceit, treachery and massacre were also surprisingly common parts of clan history, with feuds continuing for centuries. Within living memory, for example, it was considered ill-advised and rude to play the bagpipe tune “The Campbells are Coming” in Wick.

Glencoe, an Ancestral Home of the Clan MacDonald | © Petr Meissner/Flickr

Following the 18th century Jacobite uprisings, Scottish clan culture underwent a period of organised sanctioned destruction. Many were either killed or transported away from their historical lands, which were then given to supporters of the Crown, the wearing of the plaid and kilt, playing of the pipes, carrying of arms, speaking Gaelic, and gatherings for games were all banned under the Act of Proscription. In many ways this Act and the ethnic cleansing it encouraged succeeded in their intent, after it was repealed 36 years later Highland and clan culture had altered irrecoverably. 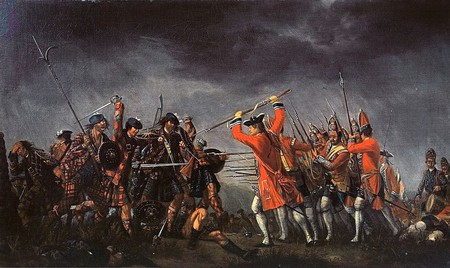 Many of the features of Scottish clans that are known and celebrated now are actually relatively recent reinventions. For example, before the 1745 uprising clan members mostly wore a much larger kilt, the “philamhor”, or “great kilt”; which was a long length of cloth acting as hood, cloak, kilt and blanket all in one. After the Act was repealed this was replaced with the more modern kilt, whose weavers began to take advantage of more modern and brighter dyes than the muted colours used previously. 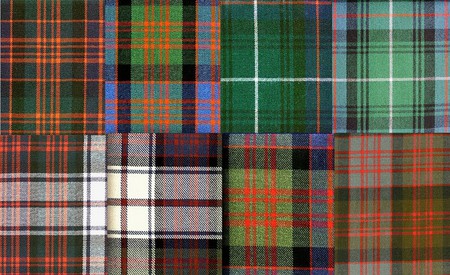 The Victorians, and Queen Victoria herself, did much to encourage a romantic Highland ideal, essentially reinventing the idea of the clan to fit the ideas of empire and Union. Rather than fighting against the crown, Scottish-raised regiments were sent around the globe, taking their tartans, kilts, pipes and warrior culture with them. Even before Bonnie Prince Charlie’s defeat at Culloden, however, change in the way clan chiefs governed was already under way, with a move towards land-ownership, rather than people-stewardship.

Today, the resurgence in clan identity owes much to descendants of those removed from Scotland during the ‘Clearances or the families who followed the Scottish regiments to settle in far-flung locations. There are speakers of Gaelic in Canada, Highland Games in Kuala Lumpur, and many hundreds of thousands of Campbells, MacGregors, MacDonalds, Sutherlands and Sinclairs, for example, around the globe. Popular culture continues to portray clan life or aspects of Highland history, not always with complete accuracy, in film and TV such as Highlander, Outlander, Brave, Game of Thrones and others. 2009 and 2014 were designated Homecoming Years, with events taking place to encourage Scots around the world to return to their ancestral lands and learn more about their culture. The internet has aided clan members to plan events and gatherings, no matter where they are. Although changed over the years, the Scottish clans are enjoying a strong resurgence in interest, and the future for this culture looks bright.