A Brief History of the Bagpipe 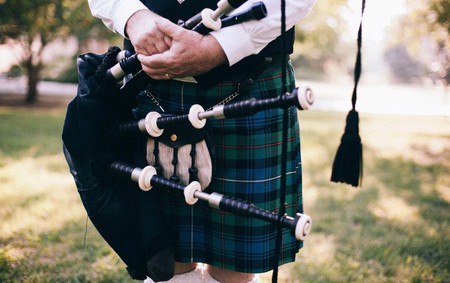 An auditory feast, you know you’re in Scotland when your soul dances at the sound of bagpipes resonating around every close, wynd and cobbled corner. As Scotland’s national instrument, bagpipes are an integral component to Scottish identity and culture, along with tartan, kilts, haggis, whisky and even Irn-Bru!

But what about their heritage? Unbeknown to many, bagpipes are not exclusive to Scotland. With roots firmly grounded in Egypt before journeying to Europe and the Mediterranean, numerous versions are linked with most corners of the globe. Over centuries, bagpipes evolved in tandem with the ebb and flow of the societies in which they were played. 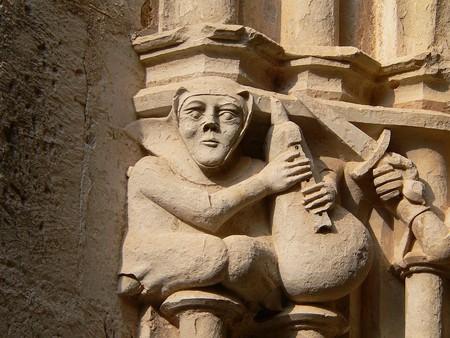 According to some, the first bagpipe records appeared around 1000 BC via a Hittite carving, although the general consensus leans towards the idea that bagpipes were introduced to Scotland by the Romans. Similarly, numerous sources state that the Roman Emperor Nero played the pipes, with their image even captured on coins.

Contrary to popular belief, there exists multiple types of bagpipes, each synonymous with their own culture. The Great Highland Bagpipe, with its sizable air bag, three trusty drones, tuneful chanter and long mouthpiece, is the chosen pipe of Scotland. A major part of Gaelic culture, the great music of the Great Highland Bagpipe falls into categories ceòl mòr (great or big music) and ceòl beag (light music). 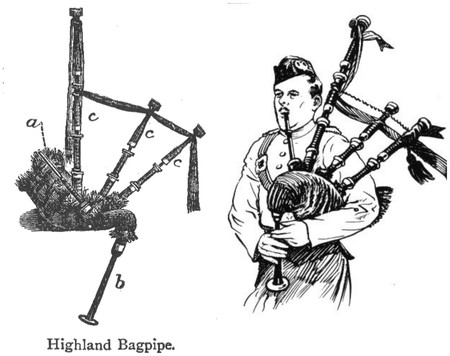 Despite the hazy history, there’s no denying that the Scots took a shining to bagpipes from the get go, appropriating them into their culture, heritage and rituals. This included battles, as the bagpipes doubled up as a formidable battle cry set to scare the living daylights out of enemies. Scottish Chieftains and monarchs alike were said to hire a personal piper for all events. 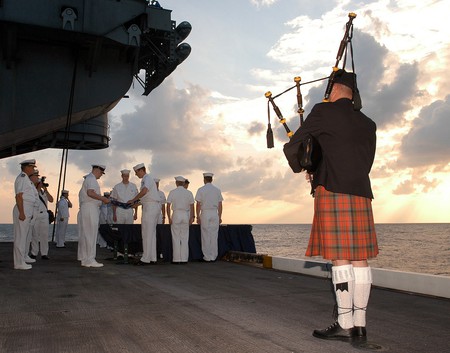 Burial Ceremony With Bagpipes Aboard The USS Enterprise | © Pixabay

Although the bond shared between Scotland and its bagpipes is unbreakable, there are some, particularly renowned deft piper and Gaelic historian Hugh Cheape, who insist that Highland bagpipes are a relatively modern instrument invented purely for tradition. Cheape also challenges the claims that bagpipes served as instruments of war.

Whatever the truth, the bagpipes will always hold a place in Scotland’s heart, heritage and soul.