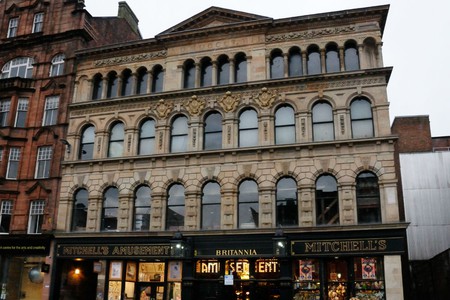 A legendary historical landmark of Glasgow, the Britannia Music Hall takes the crown as the world’s oldest surviving music hall. It also happens to be one of the city’s first buildings with electricity and one of Scotland’s first ever cinemas.

Since its creation in 1857 by Thomas Gildard and H. M. McFarlane, the building rose to notoriety as an unmitigated pleasure palace, welcoming a showcase of star-studded big names in the burgeoning music hall scene. 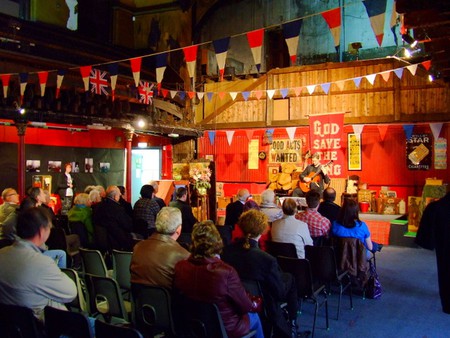 Located in the Trongate area, the Britannia Music Hall quickly became an all-consuming outlet for entertainment — think floozy dancing girls and flashes of legs, as well as ballad and comic singers.

The effervescent nature of events attracted swarms of workers ensnared in the monotonous ways of the factories, shipyards and collieries and overall arduous living conditions. In turn, the attention was also a lure for the local ladies of the night who solicited their services in and around the music hall in the shadows during shows.

Time went on and the public’s attention waned. But then the year 1906 brought new hope. Not only did the legendary Stan Laurel of Laurel and Hardy perform his debuting show on amateur night, but an outlandish chap that went by the name of A. E. Pickard, Scotland’s own P. T. Barnum, saved the place and renamed it the Britannia Panopticon, affectionately named as the ‘Pots and Pans’ by locals. 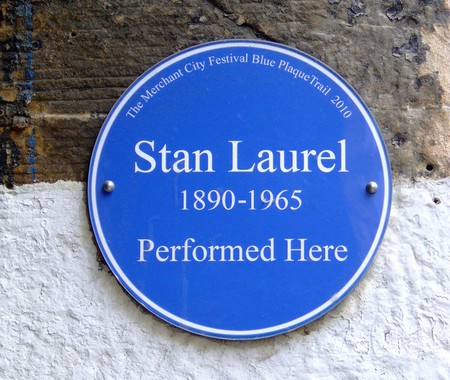 With Pickard came many enticing curiosities, including a freak show, rooftop carnival, waxworks and even an indoor zoo. The building was instilled with hilarity and life once more. Eventually, Pickard moved with the times and passed on the Panopticon torch to tailors in 1938.

A testament to its cultural significance, Glasgow’s beloved music hall still hosts a string of show-stopping acts and performances today, thanks to the trust dedicated to preserving its inimitable soul.