27 Scottish Words And Phrases To Describe The Weather

The Scots love to blether about the weather. Perhaps this is why they have over 400 words for snow. Oh, and the old saying ‘if you like the weather in Scotland, wait half an hour and it will change’ couldn’t be more accurate. Although ‘dreich’ will forever be the favourite, here are some of the best Scottish weather-related words.

Meaning dreary, gloomy, bleak, miserable, grey, depressing, devoid of sunshine… you get the picture! The mothership of all Scottish weather words and used more times that cans of Irn-Bru are opened, it’s no shocker that ‘dreich’ was voted by Scots as the nation’s most favourite word in a government poll. 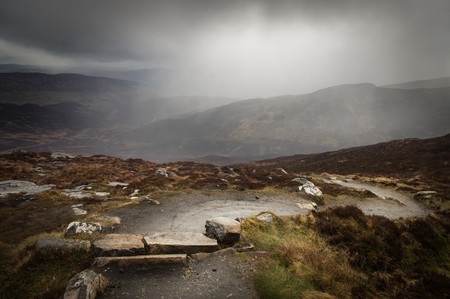 It’s absolutely (insert swear word) freezing to the point that you will probably be chitterin’ (shivering) away.

Frightfully freezing to the point that it feels like the weather is piercing your skin. 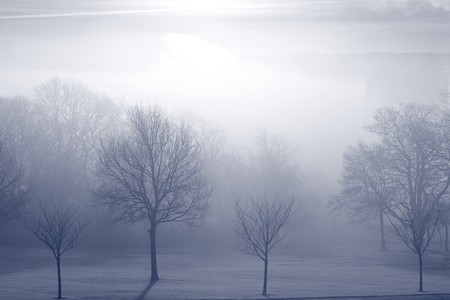 A Dreich Day In Glasgow

Dinnae fret for a ‘fret’ is a piercingly chilly and damp mist hurtling in from the sea.

Can be applied to those squirmy moments when clamminess cloaks you and warm, uncomfortable dampness sets in due to those horrid, humid days.

Totally and utterly soaked to the bone, drenched, sodden, soaking. If your clothes are ‘drookit’ then you clearly didnae hae a brolly (umbrella) or perhaps the rain was so torrential that the brolly couldn’t stop your clothes fae being drookit! 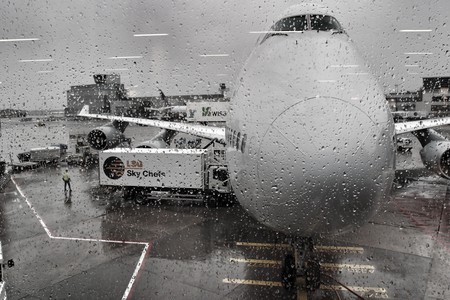 When the rain comes down with gusto and great strength.

That alluring and evocative twilight dusk that descends upon a place in the early hours of the evening. Dates back to the fifteenth-century in an old Scots text: ‘the glomyng of the nycht’. 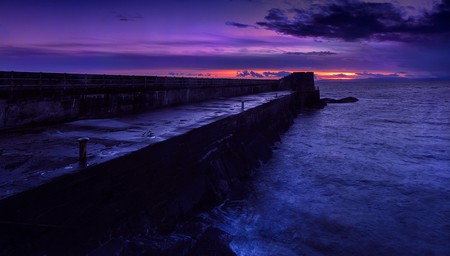 Coming from ‘greet’, the Scots for ‘cry’, ‘greetie’ means raining and showering down.

If you can spy the haar venturing in then you are witnessing that notable wispy mist gliding in from the East.

If it’s plowetery, then it’s all a bit of a shambles really. Rainy, showery, grimy and damp.

The word ‘oorlich’, meaning undesirably damp, nippy, cold and chilly is a grand chance to accentuate the Scots ‘ich’ sound. NOT to be pronounced ‘oor-lick’! 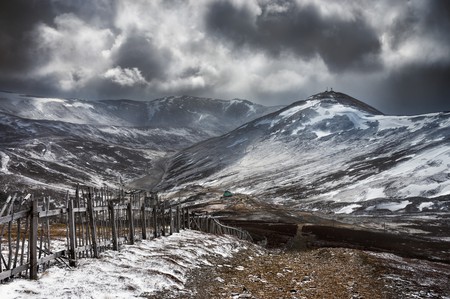 That annoying, drizzling kind of rain that ruins your day. It’s not epic enough to have a lazy ‘rain day’ indoors but still manages to soak you slowly but surely.

A word used to describe that magical swirling, twirling, dancing kind of snow that makes you want to build a snowman.

Just a wee bout of snow here and there.

The stuff of stars! 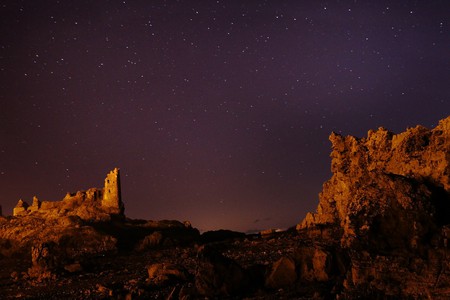 The kind of slushy, chilly snowflakes or icy raindrops that touch your skin during a firm gust of wind.

Used to describe moments when a thaw is on its way.

An intense downpour when it’s ‘pishing it doon’!

See Scottish poet Hugh McDiarmid’s poem ‘The Watergaw’ for an in-depth description. You know when you see a rainbow but then realise it’s not a full rainbow, rather a hypnotic snippet of a rainbow with no pot of gold at the end? That potion of colours is a ‘watergaw’ and emerges after a hefty bout of rain. Do not confuse it with a rainbow. 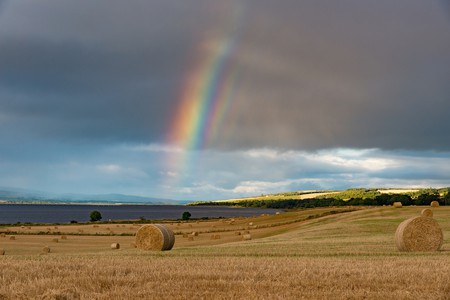 In other words, ‘it’s raining cats and dogs’!

‘The rain is God’s way o’ cleanin’ the coos’

Every cloud has a silver lining!

‘Cast not a clout till May is oot’

Words of wisdom. Basically, you don’t want to look like ‘mutton dressed as lamb’ going about the place like a dafty, wearing sandals exposing your toes when the weather isn’t even in full summer swing yet! Wait until the blossoms of May reveal themselves.

The good old Scottish weather is unpredictable, to say the least. 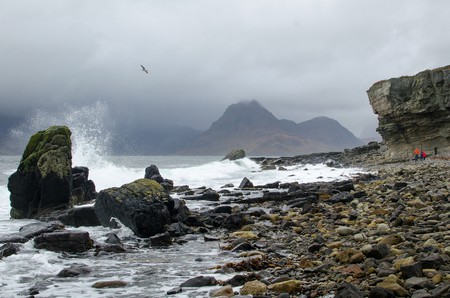 Weather On Skye | © Neil H / Flickr
Give us feedback