11 Reasons Everyone Should Visit Shetland 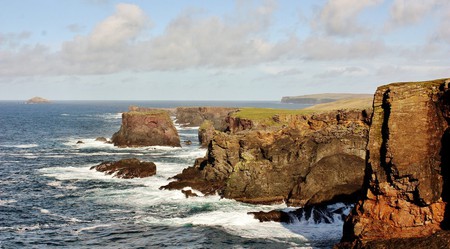 Located 60 degrees north between Norway and mainland Scotland, Shetland’s people consider themselves Shetlanders first and Scots second. Brimming with more beaches than you can count, a dramatic Viking past (which echoes through the place names) and 1,700 miles (2,700 kilometres) of glistening cliff-trimmed coastline, this subarctic archipelago is as breathtaking as it is unique. Here, we give you just some reasons why the Shetland Isles are a must-visit.

There are over 100 beautiful islands to explore

Each with their own distinct characteristics, Shetland is made up of over 100 islands, only 15 of which are inhabited. Armed with boats to transport from a to b, island-hopping is a total breeze. From Yell with its golden beaches and status as the UK’s otter capital, to Foula or the ‘island at the edge of the world’, and Fair Isle with its globally renowned bird observatory, there are endless adventures to be had.

Some of the best birdwatching in the world

Shetland has long been world famous as a mecca for bird enthusiasts. From the ultra-rare to the quirky, birds of all breeds flock to the isles in their droves. Hermaness, Noss and Sumburgh Head Nature Reserves host seabird colonies, including puffins, kittiwakes, fulmars and razorbills, while rare ‘Bonxies’ or Great Skuas can be spotted dive-bombing as they wish. Fair Isle’s beloved Observatory is a feast for the mind and offers a truly memorable birding experience. 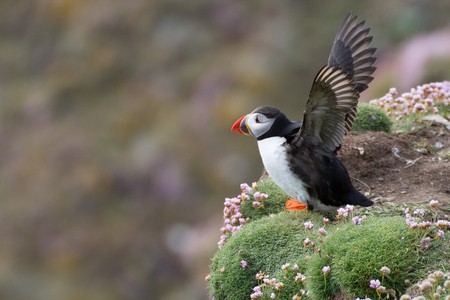 Whales, dolphins and seals are known to roam Shetland’s seas

With around 21 cetacean species (whales, dolphins and porpoises) and five seal species documented, it’s no surprise that Shetland’s waters are some of the richest in Europe. The most favourable time to spot these sea beauties is between May and October. While minke and killer whales, harbour porpoises, rissos, white-beaked and white-sided dolphins are famously fond of the seas surrounding Fair Isle, places around South Mainland play host to humpback and long-finned pilot whales. 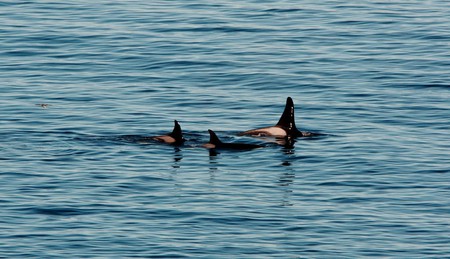 St Ninian’s Isle is one of Shetland’s many star jewels. Surrounded by jade-hued waters and swathes of soft golden grains, the tombolo or ayre (as it’s called locally) forms a bridge between the isle and Mainland. Aside from the spellbinding cliff scenery and reputation as a dreamy walking destination, St Ninian’s is famous for its treasure — 28 Pictish silver and silver-gilt decorated objects and a porpoise jaw bone! Dating back to the second half of the eighth century, these ancient relics were found during a dig in 1958, buried under a cross-adorned slab on the site of the former medieval church. 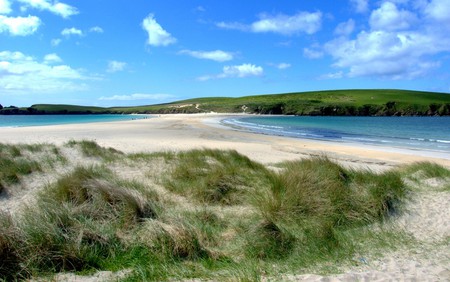 Frankie’s Fish & Chips is the best chippie in Scotland

Scotland is renowned for its sea-fresh fish and fluffier-than-clouds chips, but none deliver quite like Shetland’s Frankie’s. Showered with rewards, it was voted the Best Independent Takeaway Fish and Chip Shop in the UK at the National Fish & Chip Awards. Found in the charming village of Brae, this modern family-owned gem delivers time after time with picks like haddock and chips, crab, mussels and king scallops. Better still, Frankie’s champions sustainably caught or harvested seafood, with all of their ocean fruits hailing from Shetland. 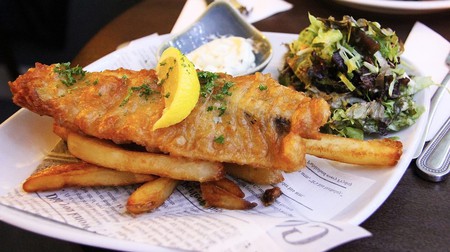 Traces of Norse heritage are everywhere

Since the Viking invasions of around 800 CE, Shetland’s Norse heritage has been inextricably linked with the islands, shaping and carving the unique culture. The place names are almost all Norse, especially in Lerwick, where many Norse figures are recognised. Sites like Jarlshof and Old Scatness demonstrate evidence of Viking occupation, but perhaps the most significant of all is the Shetland dialect. Many words are rooted in Old Norse, just as Shetland’s boats, personal names and music show Scandinavian roots. 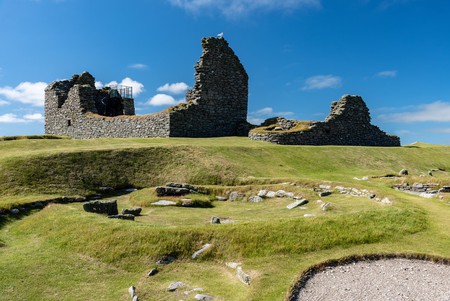 A real beauty, Unst is a dream of a Shetland destination and the northernmost inhabited island in the UK. Visitors can gaze out at Britain’s most northerly lighthouse on Muckle Flugga from Hermaness National Nature Reserve, or enjoy the solo serenity on Skell, the UK’s most northerly beach. From the White Wife to Bobby’s Bus Shelter, Unst is overrun with compelling attractions and lovely people. 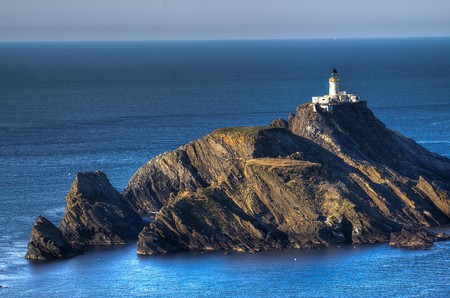 To stay in a lighthouse

The perfect holiday pad for any maritime enthusiast or those who love to go against the grain, three of Shetland’s historical lighthouses are available to stay in. Whether at the southernmost point in Sumburgh, the dramatic Bressay outcrop or the spellbinding cliffs of Eshaness, each lighthouse is graced with its own individual flair, yet all have the most stunning sea-stamped views. 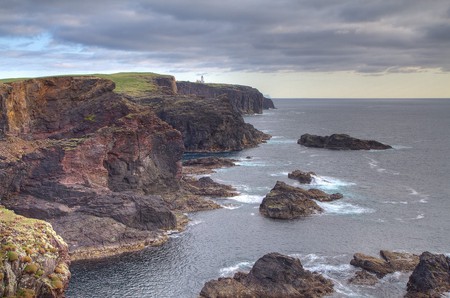 Every year on the last Tuesday in January, come ferocious gale or sleet-strewn skies, Shetlanders congregate in Lerwick to celebrate Shetland’s Viking heritage at Scotland’s biggest fire festival. Quite the spectacle, Up Helly Aa is fueled by fire, history, comradery and community, and lasts for 24 hours. The festival’s high heid yin (supervisor), known as the ‘Guizer Jarl’, dresses as a character from a Norse saga (his garb remains a secret until the grand unveiling), while an array of marches and visitations set spirits high. The torchlight procession results in the burning of a galley. 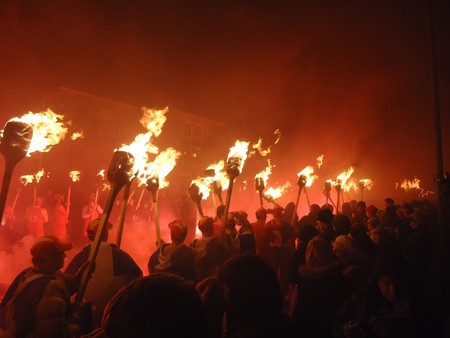 You can visit the island where Fair Isle knits were born

Whether self-confessed fashion guru or avid trend avoider, it’s safe to say that Fair Isle is a widely known knitwear term. The famous and colourful knitwear pattern has been showcased and imitated by numerous top-tier fashion houses and high-street brands. Knitwear fans can explore Fair Isle, the place where it all began, and meet the actual craftspeople still creating the perennially popular knitwear using traditional techniques. 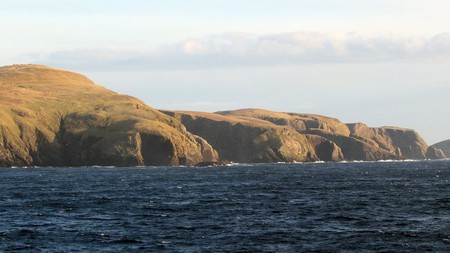 Located in Mousa, the enigmatic Mousa Broch dates back to the Iron Age and holds the title of the best-preserved broch in Scotland. The term ‘broch’ refers to a type of roundhouse native to Scotland. Standing at 13 metres (42 feet), this double-walled stone tower makes a guest appearance in Norse sagas. While exploring, make sure to soak up the striking scenery and look out for the resident bird families. 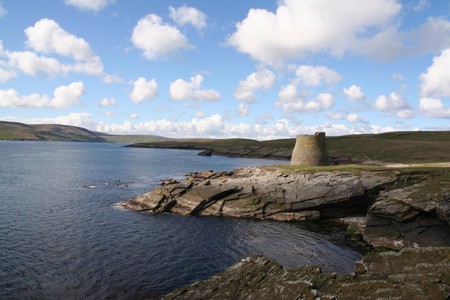