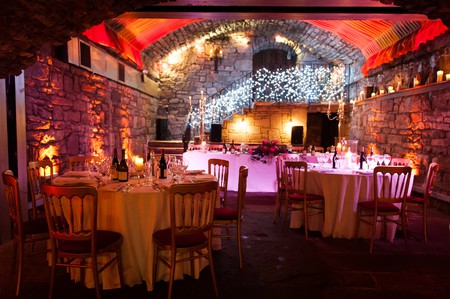 From snow-capped castles to rustic barns awash with fairy lights, Scotland knows how to host a wedding. And a magical one at that. Under Scots law you can get married anywhere at any time, so all you need is your partner in crime and a keen sense of wanderlust. Whether fairytale classic ceremony or off-kilter in the wild-type shindig, swoon over the most gorgeous Scottish wedding destinations.

Myres Castle is a scene straight from a dream. Couples can weave their love story with the history of this beautiful castle, located in Auchtermuchty. Between the rose-embellished Vatican Garden, soulful 200-year-old beach tree and charming apple store, there are plenty of spots to tie the knot. Embellished with countless necklaces of twinkling fairy lights and lanterns, the airy rustic Barnquee was crafted from local Larch wood and also features Chiavari lime wash chairs, fire pits, pillars and fun pizza oven. #weddinggoals 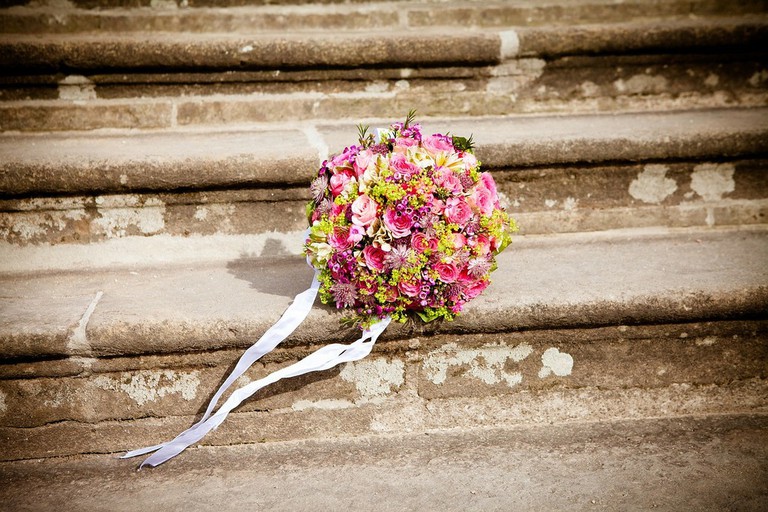 A mesmerising building graced with cascading spiraling steps and spellbinding cityscape views, The Lighthouse is the first public commission of Glasgow golden boy Charles Rennie Mackintosh. The Viewing Platform is a wonderfully intimate spot for smaller weddings, while the OrangeBox Gallery offers a little more room to elaborate. Creative couples and architecture aficionados will be on cloud nine. 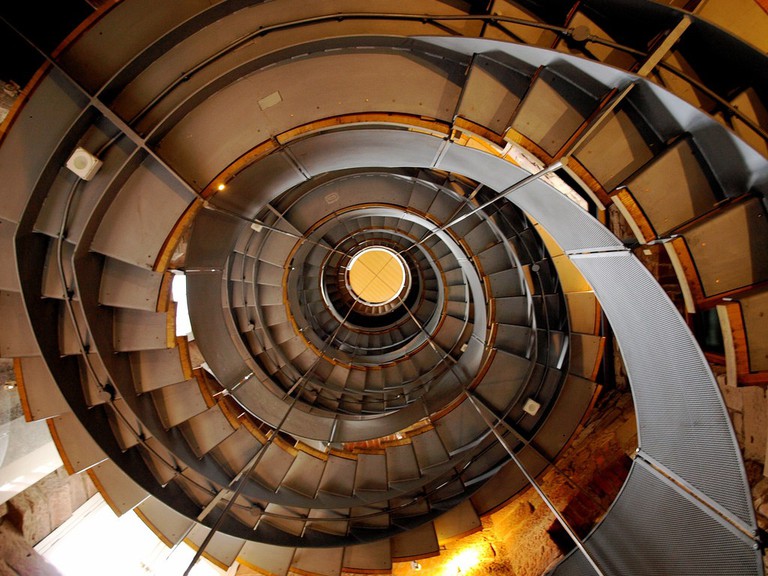 A secret love hideout, Marlin’s Wynd, with its exposed brick walls and intimate feels, is a charming subterranean venue in the form of a Georgian reception room and vaulted cellars. The cellars date back to the 1540s and help set the scene for an exclusive evening of memorable entertainment. It’s perfect for those in search of a unique venue, and the mood lighting is on point. 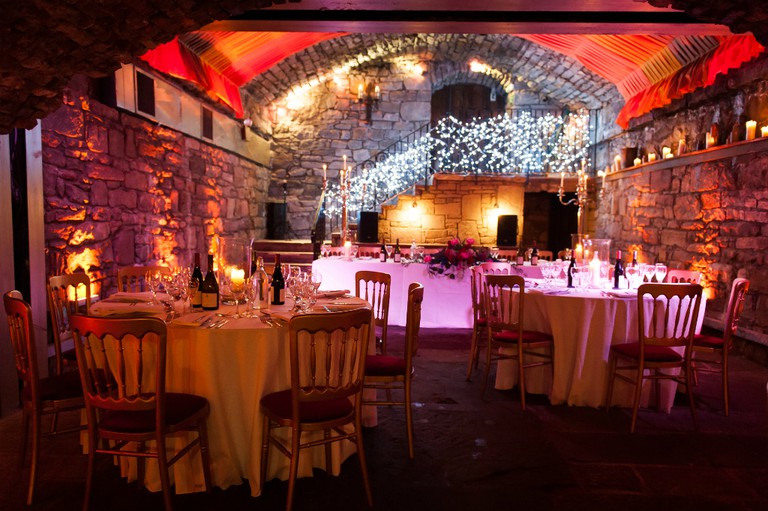 Situated in the Scottish Highlands near Ben Nevis and Fort William, Nevis Range is an outdoor enthusiast’s dream. This mountain ski resort hosts year-round activity from winter sports to world class mountain bike trails and boasts the UK’s only mountain gondola. With a myriad of designated indoor and outdoor mountain areas to choose from, the only cold feet here are from not wearing thick enough socks! True adrenaline junkies can follow in the footsteps of the couple who got married at the top of Aonach Mor before skiing down together after, wearing a kilt and traditional white dress of course!

Marriage is an adventure, and there’s no better place to kick off the journey than in the otherworldly grounds of Jupiter Artland, based on the estate of Bonnington House. Meticulously manicured landscape installations compliment the enticing spread of other artworks, each of which hold the key to a different story. 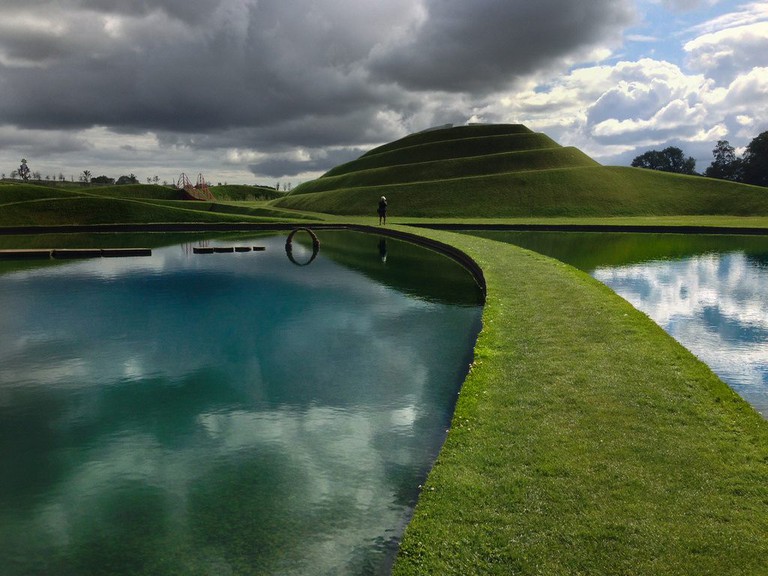 The Lodge on Loch Goil

Rustic or timeless, low-key or lavish, The Lodge on Loch Goil has that extra something that draws you in like a magnet. Adorned with antiques and arts and crafts furniture, this five-star luxury lodge is both atmospheric and fun. The star of the show, however, is the Treehouse, with its hypnotic loch views and wildly romantic essence. 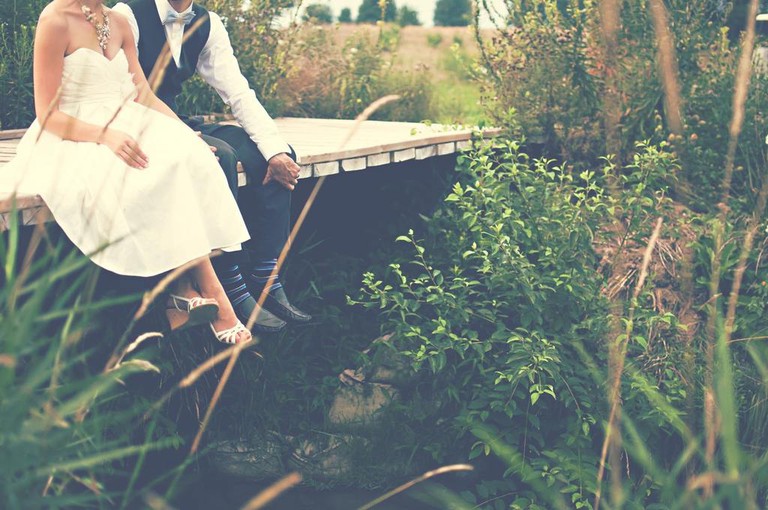 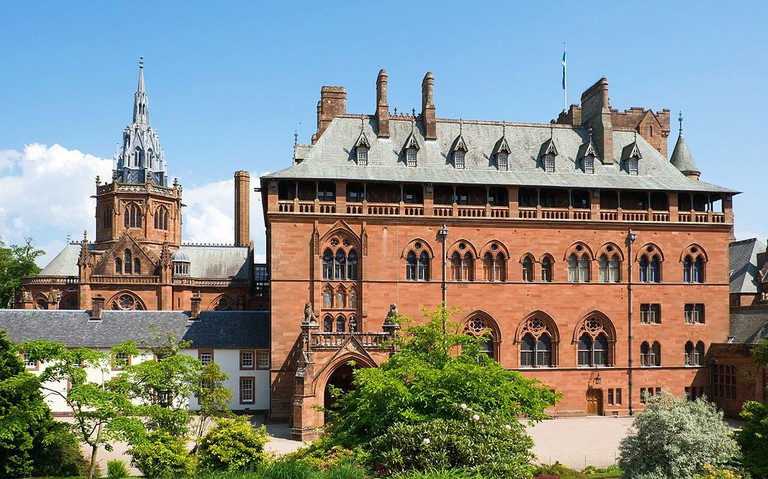 Mount Stuart House | © WikiCommons
A wedding venue akin to the cosmos, Mount Stuart House on the Isle of Bute, is a truly spellbinding 19th century neo-Gothic mansion with 300 acres of sprawling horticultural paradise. An architectural masterpiece, swathes of Carrera marble, floors designed to mimic that of the Sistine Chapel and Westminster Abbey, and a kaleidoscope of glass windows make up the Marble Chapel. The Horoscope Room, with its captivating cosmos-themed domed ceiling and private leafy conservatory, is a honeymoon suite and then some, while the Marble Hall was made for a wedding soiree with its starry ceiling and lashings of rare Sicilian marble and alabaster. A star-studded neo-Gothic dreamland destined to sweep you of your feet.
Open In Google Maps
Rothesay, Isle of Bute, Scotland, PA20 9LR, United Kingdom
+441700503877
Visit Website
Give us feedback

An unsurpassable location for hardcore Game of Thrones fans who fancy being crowned King and Queen of the North, Doune Castle starred as Winterfell in the pilot episode. Dating back to the 14th century, this Scottish courtyard castle is filled with character, as expressed in its acting career cameos in GOT, Monty Python and the Holy Grail and Outlander. The Great Hall, with its central hearth, minstrels’ gallery and wonderfully restored wooden roof, is fit for a feast. Impeccably preserved, Duke’s Hall boasts period furniture, a double fireplace, 19th century paneling, a carved oak screen, musicians’ gallery and makes for a dreamy ceremony spot. 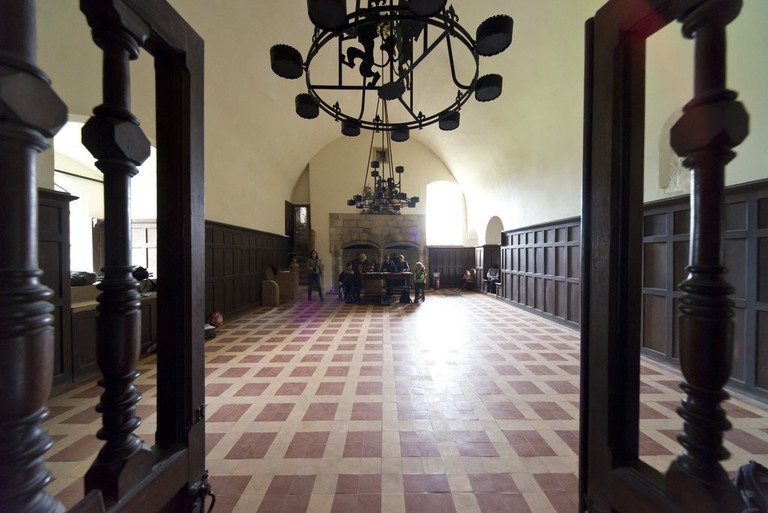 An otherworldly pocket of untainted terrain quilted with sculptural mountains and brooding seascapes, the Isle of Skye is a portal to paradise. And a fairytale destination for those wishing to elope as one. Whether a wedding for two set amidst the Fairy Pools (followed by wild swimming) or a boat cruise around the breathtaking Loch Coruisk, Skye is romance in landform. 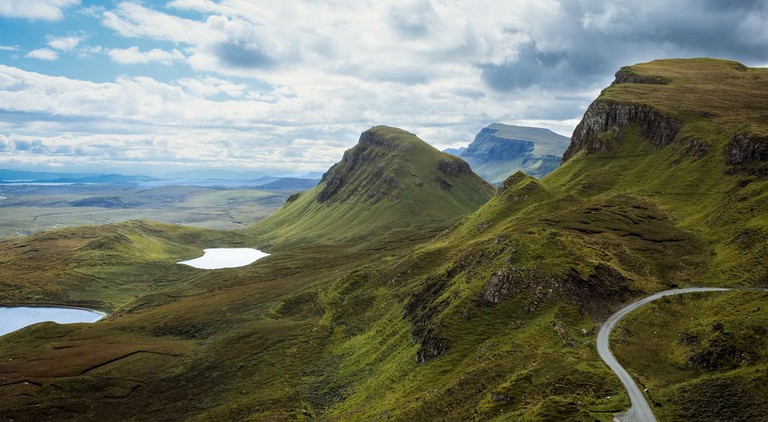 Those yearning to tie the knot with sand between their toes and the lulling sounds of swirling Scottish swells should look no further than Harvest Moon. Graced with towering dunes and dustings of glistening sand, this beach haven boasts treehouses and safari tents suited to relaxed beach weddings. These luxury glamping abodes, situated in a striking suntrap overlooking the beach, come with all the mod cons and unleash the inner adventurer in everyone. 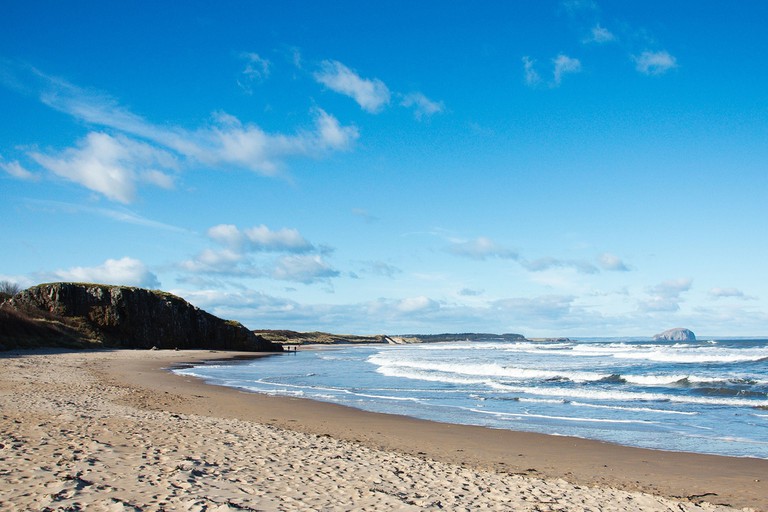 House For An Art Lover 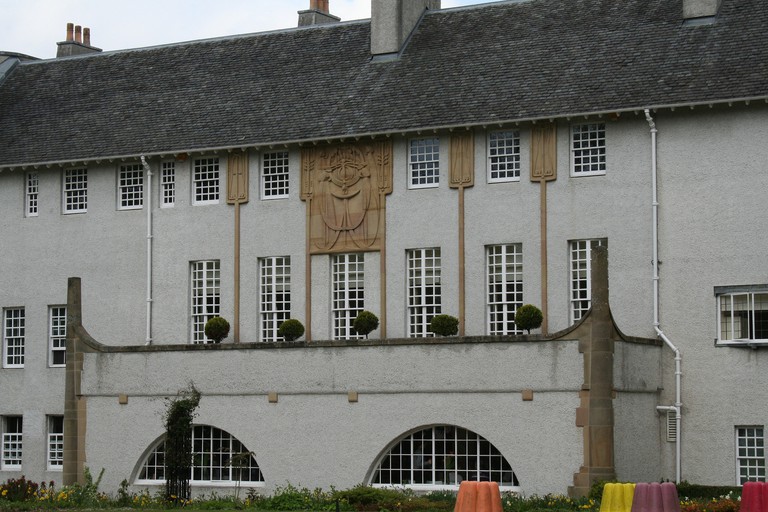 House For An Art Lover | © Jim McDougall/Flickr
When Charles Rennie Mackintosh designed the building in 1909, little did he know that his mind’s creation would become a reality in 1996, thanks to a deft team of architects years later. Awash with white ethereal hues and draped in signature Mackintosh touches (think tribes of pretty window panes, tall towering chairs and rose-clad lights suspended from the ceiling), House For An Art Lover is inspiration in bricks and mortar, making it the kind of wedding venue to evoke butterflies upon first sight. From the Music Room to the Mackintosh Suite and the mesmerising grounds of Bellahouston Park, this extraordinary house touches the hearts of art lovers, dreamers, thinkers and lovers alike.
Open In Google Maps
10 Dumbreck Road, Bellahouston Glasgow, Scotland, G41 5BW, United Kingdom
+441414831600
Visit Website
Give us feedback
Give us feedback