10 Greatest Productions Of Macbeth Of All Time 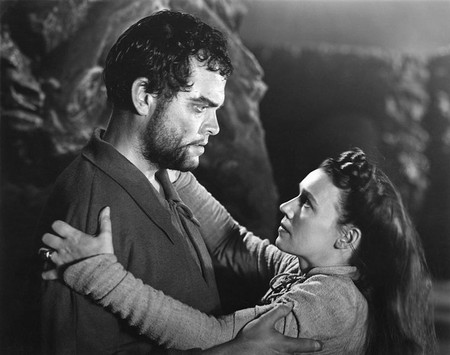 There is a superstitious belief surrounding the Shakespearean play, Macbeth, that it is bad luck to even utter the name in a theatre. What’s more is that many believe theatrical and cinematic productions can never live up to the brilliance of Shakespeare’s written prose. Therefore actors and directors are warned to not even try. With all this in mind, there are a handful of Macbeth productions that are so good we’re certain they’re immune to such curses.

Laurence Olivier starred in this 1955 production of Macbeth at the Shakespeare Memorial Theatre in Stratford-upon-Avon along with Vivien Leigh as Lady Macbeth. The show received fantastic reviews. It marked Olivier’s remarkable ability to transition from a stint on the big screens of Hollywood back to British classical theatre. The performance was even said to have revived the popularity of the stage in England after a long lull. Interestingly, Leigh and Olivier were actually married, and the production was seen as Olivier’s break from his wife’s influence in determining the roles he chose. Ironically, Macbeth is largely about the influence that Lady Macbeth has on her husband’s conscience and actions. 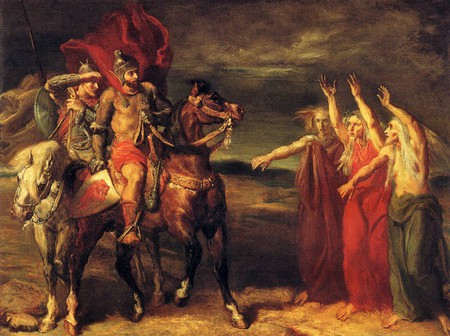 Sir Trevor Nunn directed this notable 1976 performance at The Other Place. Ian McKellen was cast as Macbeth and Judi Dench as Lady Macbeth. This revived version is noteworthy for the interpretation of the element of black magic found in Shakespeare’s original. It portrays Lady Macbeth as an amateur experimenting with satanic arts that simply get out of control. The Other Place in Stratford, an unlikely venue due to its small stature, turned out to be the ideal set for this play. The audience was even invited to sit around a chalk circle—a symbol of black magic—as an immersive measure into this unique variation of the play.

This production of Macbeth was directed by Peter Goold and held at Gielgud Theatre in 2007. Patrick Stewart starred as Macbeth. The show actually originated at the Chichester Festival Theatre where it also gained critical acclaim. Transferring a play in itself can pose a challenge in maintaining the same quality, but this production was certainly successful in doing so. Much of the play itself is set in a dingy lavatory of a hospital ward and some more modern technology appears in this production. Further, the witches take the form of nurses in this eerie rendition. The play invites us to witness Macbeth’s descent from hero to what Michael Billington calls in his review for the Guardian, a ‘Stalinesque tyrant.’

Yukio Ninagawa’s stage production of Macbeth first premiered at the Nissei Theatre in Tokyo in 1980. It toured in the U.K. and the Netherlands in 1985. This different cultural adaptation of Macbeth earned the nicknames of ‘Kabuki Macbeth’ and ‘the cherry blossom Macbeth’. One of the most visually striking elements of this production is the enormous Buddhist family altar that dominates the stage. The altar is intended as a reminder of the spiritual realm and the deceased who reside just on the other side of this reality. This adaptation offered a fresh take on the age-old, classic version.

Adrian Noble’s 1993 production of Macbeth starred Derek Jacobi and Cheryl Campbell and premiered at the Barbican in London. This version of the play aimed to delve into the vulnerabilities of the villains to create a more complex psychological analysis of the characters. This production begins with Macbeth’s noblest character, and serves to explain how even the best of us can be susceptible to the corruption of power rather than portraying the more psychopathic version of Macbeth we see more often. In equal measure, this production depicted the way that his and Lady Macbeth’s relationship crumple under the weight of wrongdoing.

Directed by the famed Akira Kurosawa, Throne of Blood is a highly acclaimed film adaptation based on Macbeth. This Japanese film applies the harrowing story of Macbeth to the world of the samurai. It is an intense film that will keep you on the edge of your seat as these familiar events unfold in new ways. The set consists of a notoriously foggy shogun castle, and the story follows a seasoned warrior who rises to power and whose perilous wife encourages him to commit terrible acts. The raw and emotive acting style in the film is largely taken from traditional Noh theatre. 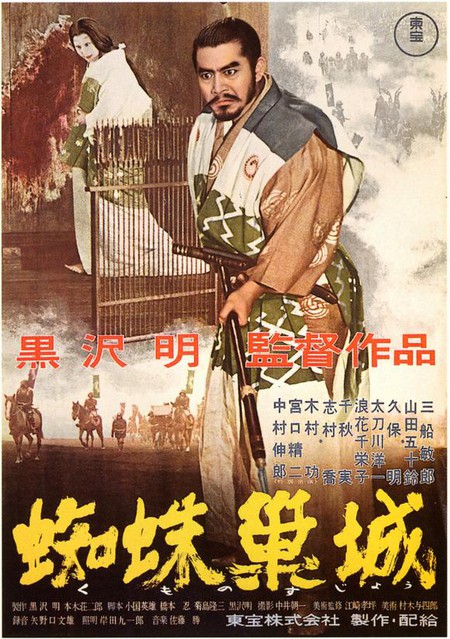 The Royal Shakespeare Co. presented Macbeth in 1999. This version stars Antony Sher as Macbeth and depicts him in modern dress. Harriet Walter plays Lady Macbeth. What is particularly special about this play is the skillful acting and directing, which makes the leading characters’ descent into madness so utterly natural and convincing. Right from the beginning, Sher conveys the subtlest, yet apparent, budding lust for ambition. Another notable element of this interpretation is that Macbeth and Lady Macbeth maintain a deep connection until the end of this play, despite the way the rest of their lives unravel.

The famed Orson Welles directed and starred in this Macbeth film with Jeanette Nolan as Lady Macbeth. Critics described his acting as haunting and vivid. Other notable points of the film are its impressive cinematography and Welles’ controversial deviation from the original text, which makes it distinctly original compared to other renditions. The setting is sinister and dreamlike, though some believe this choice was made simply because Welles lacked the budget for something more concrete. In this version, Macbeth is cast as an individual who was utterly powerless to the forces of the supernatural. In fact, this film is often nicknamed ‘Voodoo Macbeth.’