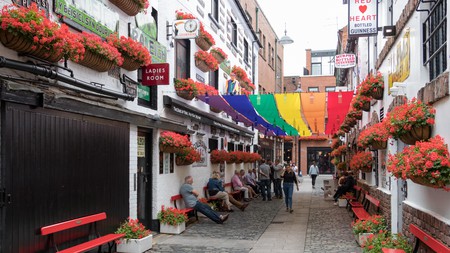 Despite a reputation as a politically divided city, the LGBTQ community in Belfast is very broad, with plenty of collective spaces and special events – from gay bars and film nights to trans community spaces. Here’s where to find LGBTQ spaces, events and resources in the city. 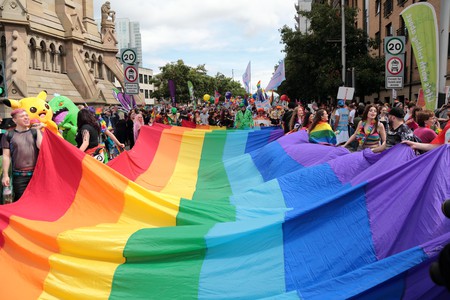 For a relatively small capital, Belfast has its fair share of gay and lesbian venues. In some cases, these have been a lifeline to queer people growing up in the city. “Seeing older confident and out people was a game-changer,” says one man, describing his experience visiting Belfast’s longest-running gay bar, Kremlin, for the first time. “No longer was the gay person just a sad subplot on the telly.” Today, the nightclub is still a place of liberation, where patrons describe “feeling supported and confident about your identity… not feeling ridiculed”.

Start your exploration of Belfast’s queer scene in the Cathedral Quarter, where you’ll find Kremlin and other bars, such as the more laid-back and colourful Maverick. Popular with Belfast’s lesbian and queer female community, it offers the chance to play pool and dance alongside the city’s drag queens. Its sister bar, Boombox, can be found near the student quarter and is also a gay hotspot. The Art Department is another space in the Cathedral Quarter worth visiting. Here, the drag queens get door money, and the staff get bar money. Also, it’s run entirely as a queer collective. Though not strictly an LGBTQ bar, the nearby Sunflower and sister pub American Bar are welcoming to everyone and often host drag performances in their calendar of events; pop by for a show or one of their creative poetry nights. 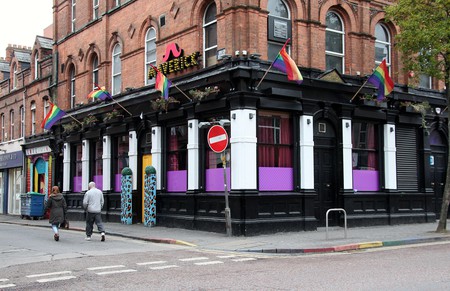 There are, of course, club nights dedicated to the LGBTQ community throughout the city. The most fun and exciting are Queertopia, in the Menagerie (popular with lesbians but a celebration of the diversity of Belfast’s queer scene), and Harland & Poof, which takes over different locations around Belfast with its signature creative and authentic celebration of all stripes of the queer rainbow.

But there’s more to Belfast’s queer scene than bars and clubs. As well as the annual summer pride festival, look out for Outburst Queer Arts Festival in the autumn when an array of spaces across the city are taken over for a celebration of queer identity. For film lovers, the Queen’s Film Theatre has a monthly LGBTQ film screening, and the autumn WANDA feminist film festival also shows plenty of LGBTQ-friendly films. 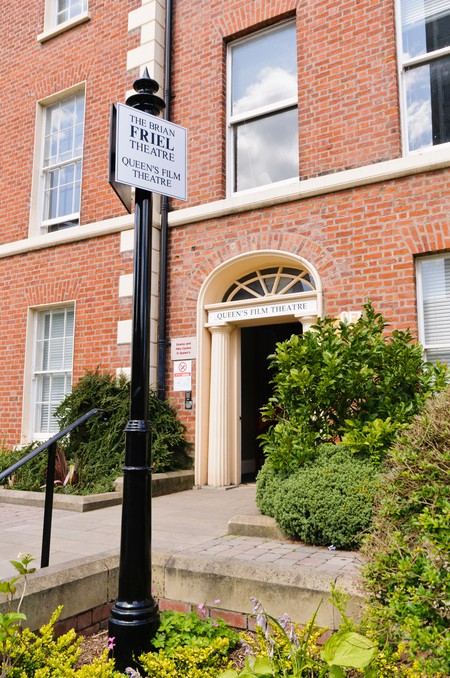 Some of the city’s most creative spaces are queer-run, such as the 343 (which takes its name from Simone de Beauvoir’s 1971 abortion petition). The feminist, volunteer-led LGBTQ art space – which is committed to self-organising and creative activism – holds events ranging from Queer as Spoke (its popular poetry night) to drag performances and comedy therapy nights featuring diverse acts such as Mistress Rebecca.

Farther up Newtownards Road is Vault Artist Studios, a space for artists and performers that draws in a broad queer community. Jen, a documentary maker in Belfast, calls it “a judgement-free space for anything from music to drag performances to art fairs, even charity workshops. When making my documentary True Colours on the LGBTQ community, I joined a collective making packs with daily essentials for the homeless. LGBTQ people are more likely to become homeless than their peers, but there is also, especially in Belfast, a community of support.”

Belfast’s transgender community is well served by the Belfast Trans Resource Centre (BTRC), a community space and hub that has regular game nights and provides a safe space. Another important resource in Belfast is the Rainbow Project, which helps deal with reporting homophobic and transphobic hate crimes and provides sexual health support without judgement. 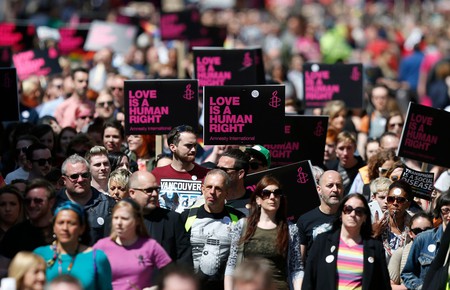 Belfast is also home to a thriving religious queer scene; visit a packed service at queer Christian church Spectrum to hear parishioners discuss their experiences of coming out alongside their devotion to religion. Grab a bite to eat afterwards; parishioner Nicole says that “one of my favourite places to go with my girlfriend is the Christian-run Dock Cafe.” The café is an ideal place to go for a daytime date without fearing judgement. Instead of set prices, donations are accepted for hot drinks and food and there’s a tranquil prayer garden at the back.