A Walking Guide to Belfast 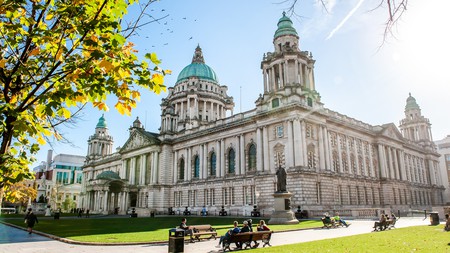 Northern Ireland has everything for the perfect short break, from dramatic rural landscapes and natural wonders to Belfast’s vibrant and eclectic culture. You can now fly to Belfast from Great Britain with easyJet from £29.99 one way per person, based on two flying*. Follow this walking guide to the city to experience its rich history and local hotspots that will have you feeling like a Belfastian in no time.

Exploration should never be attempted on an empty stomach, so start the journey with a visit to Harlem Café on Bedford Street and taste Northern Ireland’s favourite dish, the mighty Ulster fry. Northern Ireland’s answer to the classic fry-up contains bacon, sausages, eggs and tomatoes, with soda farls and potato bread added for good measure.

Nestled next door to Harlem is the Ulster Hall – or the Grand Dame of Bedford Street, as it’s affectionately known – which opened its doors to the public in 1862. 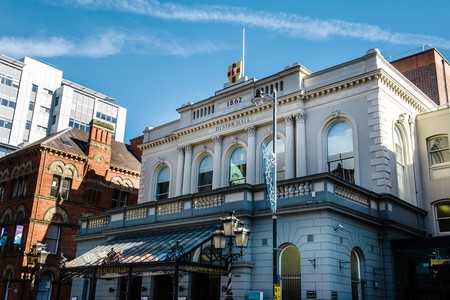 The hall has been home to the Ulster Orchestra since its formation in 1966, and in 2009 a two-year refurbishment programme restored many of the building’s original features to their former glory.

At the end of Bedford Street stands Belfast City Hall. Built between 1898 and 1906, it attracts visitors for its distinctive green copper dome, marble features and stained-glass windows. 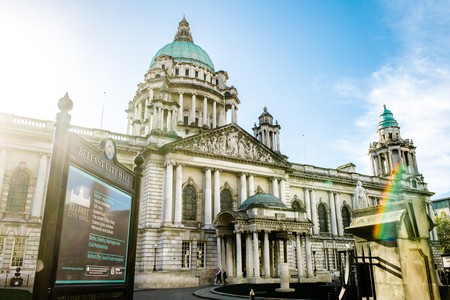 Lunchtime often sees the grounds of City Hall packed with picnicking tourists. During the festive season, the Continental Market takes up residence, with global and local food stalls and Lavery’s traditional Irish bar with live music.

Stop for a schwenker-grilled bratwurst or a bowl of Spanish paella followed by some sweet Dutch poffertjes, which should set you up for the afternoon. 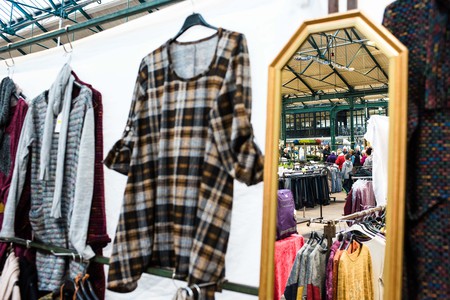 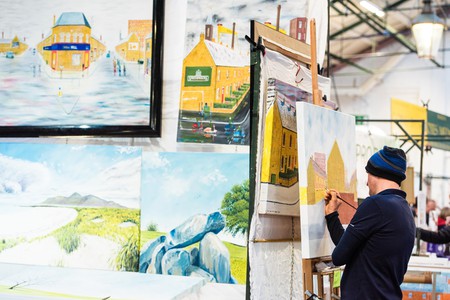 North of the Waterfront Hall, overlooking the river, is the Beacon of Hope. Made of stainless steel and cast bronze, the sculpture stands an impressive 19.5 metres (64 feet) high and depicts a woman holding the Ring of Thanksgiving above her head.

A globe sits at her feet, symbolising the places that people from Belfast have migrated to over the city’s history. Unveiled in 2007, the local humour soon came to play, with Belfastians dubbing the sculpture Nuala With the Hula or The Thing With the Ring. 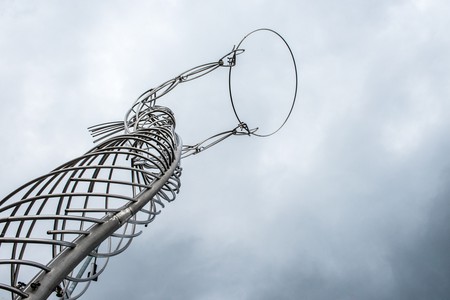 Across from Nuala, on Donegall Quay, is the Big Fish. Unveiled in 1999, this eye-catching sculpture celebrates the regeneration of the River Lagan.

It merits closer inspection, as the ceramic tiles that form the fish’s outer scales are decorated with images and text that relate to Belfast’s colourful history. 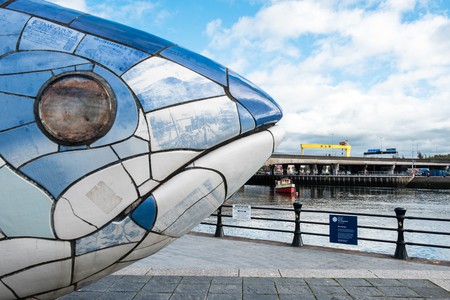 A 25-minute walk or 10-minute ride along Albertbridge Road on the city’s Glider system (a dayLink smartcard grants the holder unlimited use of the Glider and the city’s Metro service off-peak for £3) will find you at the Holywood Arches and CS Lewis Square.

This public space, open all year round, celebrates Belfast’s famous literary son. There are seven bronze statues depicting scenes and characters from his masterpiece The Chronicles of Narnia. Lewis spent much of his childhood living in East Belfast and was inspired by Northern Ireland’s Mourne Mountains when writing Narnia. 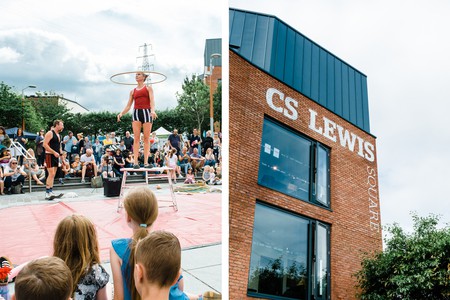 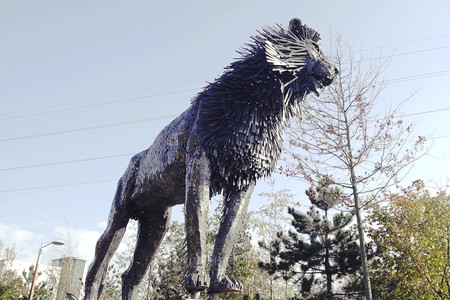 A statue of Aslan, a character from the ‘Narnia’ series, stands in CS Lewis Square | © Culture Trip

A few minutes’ walk along Newtownards Road, back towards the city centre, and you will come to the Boundary Brewing Cooperative, a brewery owned by the people of Belfast. Visit Boundary on Fridays and Saturdays from late afternoon and try favourites A Berliner Vice and Big. Ass. Stout. at one of the brewery’s events, such as its ‘Board Games and Beer’ nights. 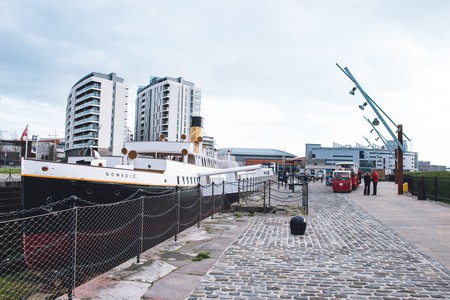 The SS Nomadic was tender to the Titanic, transporting first- and second-class passengers from Cherbourg docks out to the ill-fated ship. It has been meticulously restored, so visitors can experience what life was like on board over a century ago.

The Nomadic is moored in front of the Titanic Belfast, a thoughtfully designed monument to the famous ship – and the city’s most popular attraction. The centre opened in 2012, a century after the Harland and Wolff ocean liner sank, and was built to the same height as the original bow.

The centre is home to nine different interactive galleries allowing visitors to walk in the footsteps of the men who built RMS Titanic, and guests can use the same ticket to see both the visitor centre and the SS Nomadic. 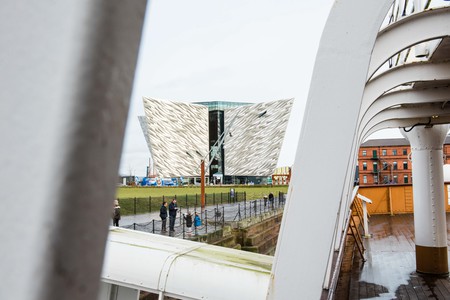 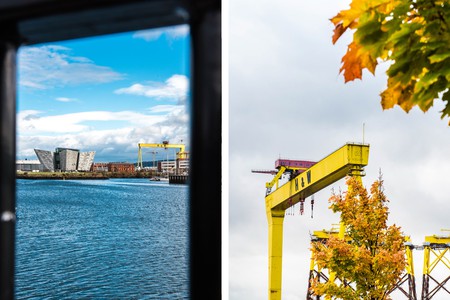 Be sure to visit HMS Caroline, a decommissioned C-class light cruiser and the last survivor of the Battle of Jutland during the First World War, moored in Alexandra Dock.

A 10-minute walk along Queens Road will take you to this fascinating floating museum, part of the National Museum of the Royal Navy. 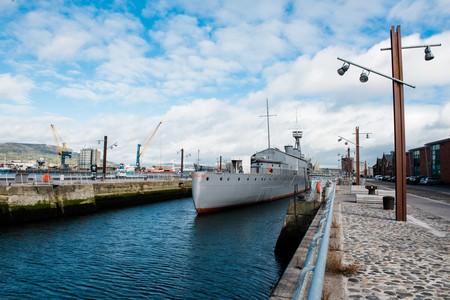 Leaving the Titanic Quarter behind, take the Lagan Weir Footbridge back across the river. Head through Custom House Square, past the Albert Memorial Clock and over to the Cathedral Quarter. 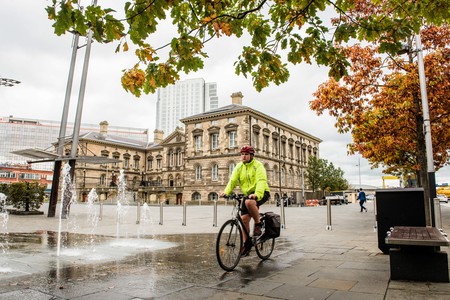 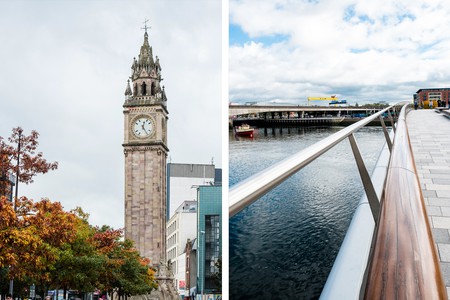 Finish the day with a pint of Guinness at the Duke of York pub on the cobbled alleyways that surround St Anne’s Cathedral, or an exquisitely poured cocktail in the five-star Merchant Hotel. 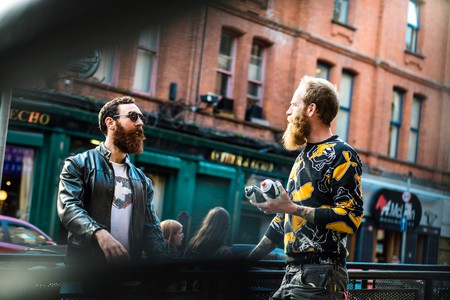 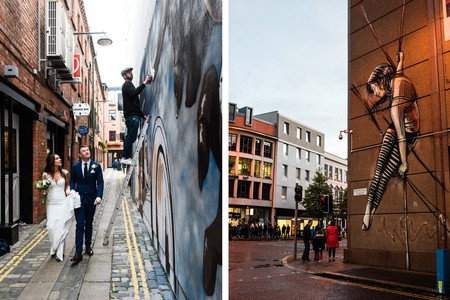 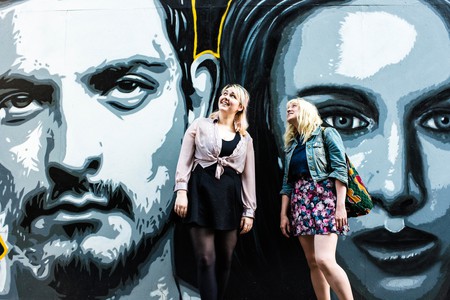