The Literary Landmarks to Visit in and around Bloomsbury 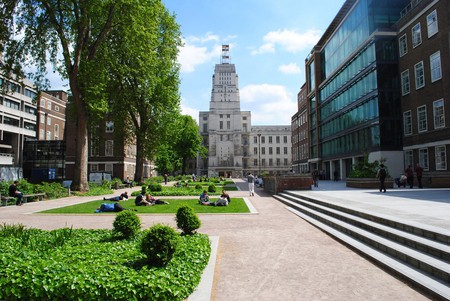 Bloomsbury is often a byword for an intellectual movement which believed in the continued importance of the arts at the beginning of the 20th century. Now, however, a visit to Bloomsbury brings you very close to the intellectual powerhouse of London in the form of UCL and LSE. It is replete with splendid houses, academic buildings and beautiful green squares in which you can while away the time. While there are no official boundaries, Tottenham Court Road in the north and Holborn in the south are the extremes you may consider the area to fall into. Here, are the best literary landmarks in and around Bloomsbury. 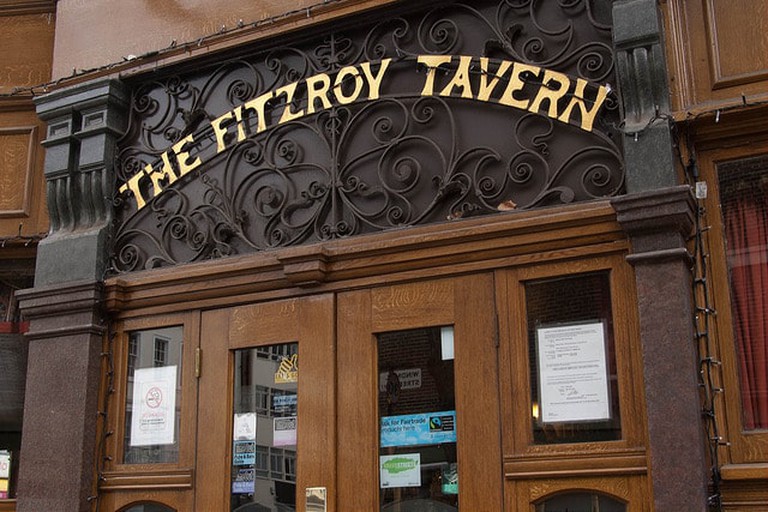 Quite simply, the name of the pub comes from Fitzrovia and to visit the Fitzroy Tavern is to consume the essence of Bloomsbury. The tavern was originally opened in 1833 as a coffee shop and only truly opened as a pub in 1897 after it was converted by prolific businessmen William Mortimer Brutton. Over the years the drinking hole has proved a haunt for arty types including Dylan Thomas. The pub is now owned by the traditional chain Samuel Smith, so as well as a good value pint, you can also expect true British pub interiors at their best. 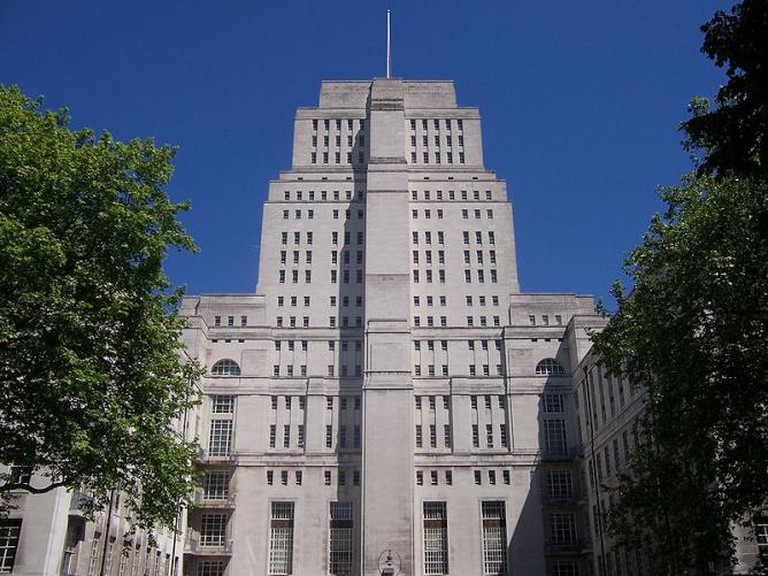 Senate House | © An Siarach/WikiCommons
Now the central library for the University of London, this has been its current address since 1937. The impressive and imposing architecture is down to architect Charles Holden who also designed the Bristol Central Library. While the library is only accessible with a valid membership, the building and campus is well worth a visit.
Open In Google Maps
Malet Street, Bloomsbury, London, England, WC1E 7HU, United Kingdom
+442078628500
Visit Website
Visit Facebook page
Give us feedback

The blue plaques that you see on buildings throughout London are part of a project that started in 1866, to link the buildings of the present with the people of the past. You can find out where people were born, lived, worked and died, simply by looking up whenever you see a plaque. 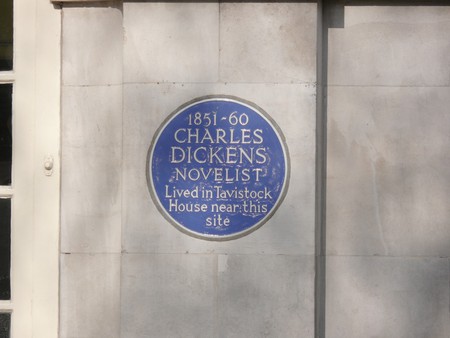 Park, Building
Facebook
Email
Twitter
Pinterest
Copy link
Share
Map View
The Victorian love poet lived here between 1859 and her death in 1894, just a few streets from where she was born on Charlotte Street. Rossetti was most famous for Goblin Market and Other Poems which was published in 1862 and drew praise from the likes of Gerard Manley Hopkins and Lord Alfred Tennyson. You can find a stone tablet in Torrington Square commemorating the poet’s life as well as the plaque by her house.
Open In Google Maps
London, United Kingdom
Give us feedback 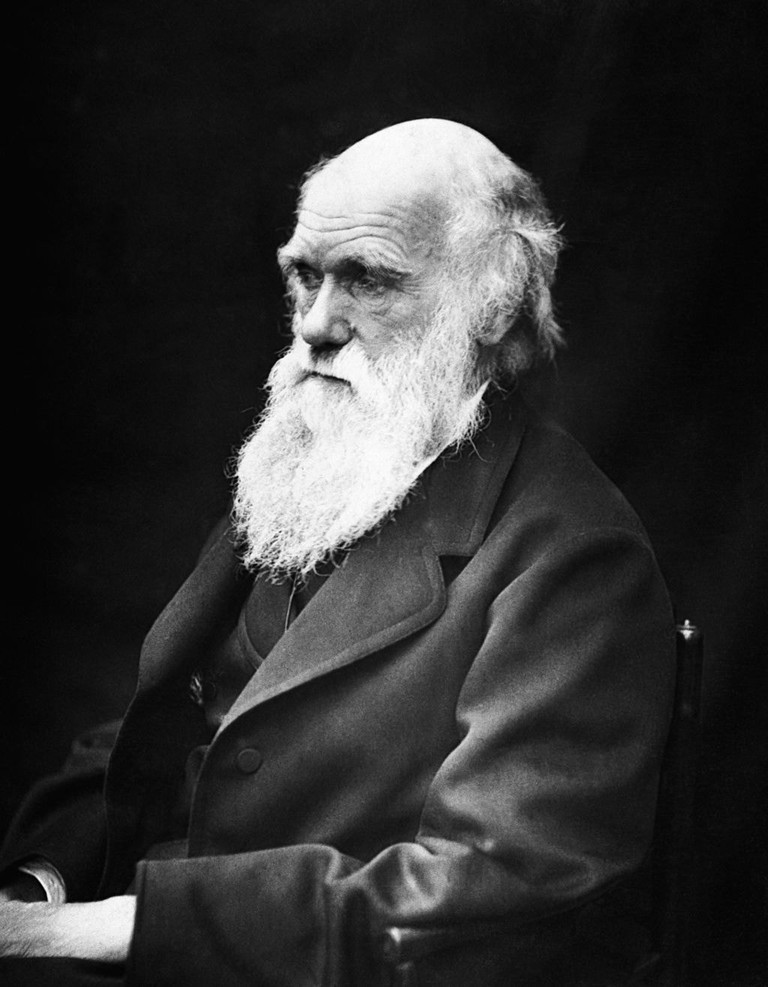 Charles Darwin 1869 | J. Cameron / Harvard.edu / Wikimedia commons
Mr. Survival of the Fittest himself is commemorated quite appropriately on the side of the UCL Biological Sciences building which is where he once lived between 1838 and 1842. Darwin’s achievements for biological sciences are immense, and he was not a poor writer either. If you want to look for a particular literary influence he may have exerted, look no further than the Modernists who frequented Bloomsbury a while later, who wrote about a world they saw trapped by determinism.
Open In Google Maps
London, United Kingdom
Give us feedback

Building
Facebook
Email
Twitter
Pinterest
Copy link
Share
Map View
Dame Millicent Garrett Fawcett was something of a visionary. She was the leader of peaceful campaign for women’s suffrage and the founder of Newnham College, Cambridge. She lived at 2 Gower Street for 45 years, including during 1928, when she was able to witness equal voting rights for women in the UK – a year before her death.
Open In Google Maps
London, United Kingdom
Give us feedback

Building
Facebook
Email
Twitter
Pinterest
Copy link
Share
Map View
The famous economist, John Maynard Keynes, lived at 46 Gordon Square from the middle of the First World War until after the end of the Second. He was arguably the most influential economist since John Smith and was a highly prominent member of the Bloomsbury Group, living in a house that was previously occupied by Virginia Woolf.
Open In Google Maps
London, United Kingdom
Give us feedback

One of the most famous Irish playwrights of the early 20th century, Shaw is best known form his play Pygmalion which was later recreated into the popular musical My Fair Lady. He lived at this address from the mid-1880s almost until the end of the century before his career really took off. Living in London at around the same time as Oscar Wilde, Shaw stands as an example of the rich Anglo-Irish literary vein that ran through the capital at the turn of the 19th century. His plaque is shared with Virginia Woolf, who spent her life in and around Bloomsbury.

Perhaps the most prominent name on this list of literary figures, Virgina Woolf’s London existence is widely documented and her name is as synonymous with the Bloomsbury Group as her own novels. She lived on the square between 1907 and 1911, beginning her first novel The Voyage Out (1915) at the address. Her plaque was erected in 1974 and sits below Bernard Shaw’s. 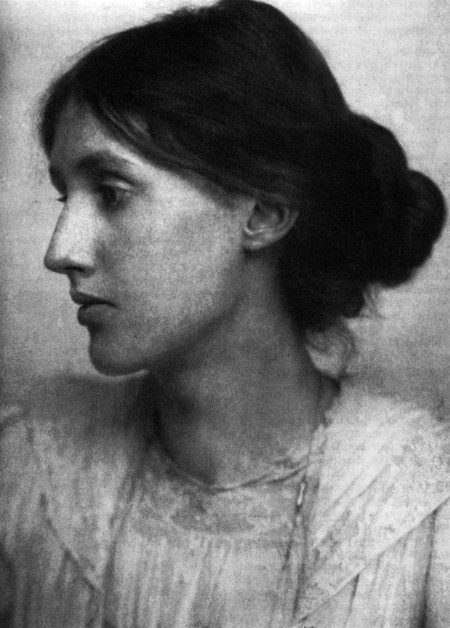