The Best Hotels to Book Near Windsor Castle 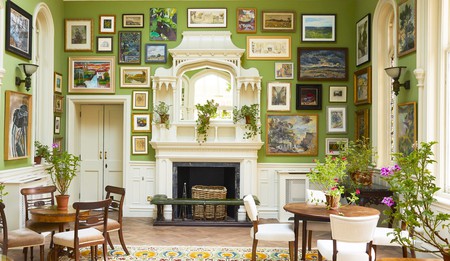 Wrapped around a scenic bend in the River Thames, the Berkshire town of Windsor is best known as the home of Windsor Castle: the home of Her Majesty Queen Elizabeth II and the largest occupied castle in the world. Our selection of the best hotels nearby – all bookable on Culture Trip – might not quite scale those heights, but, from elegant townhouses to cosy B&Bs, they promise a comfortable base from which to explore the castle and the nearby kids’ favourite Legoland. 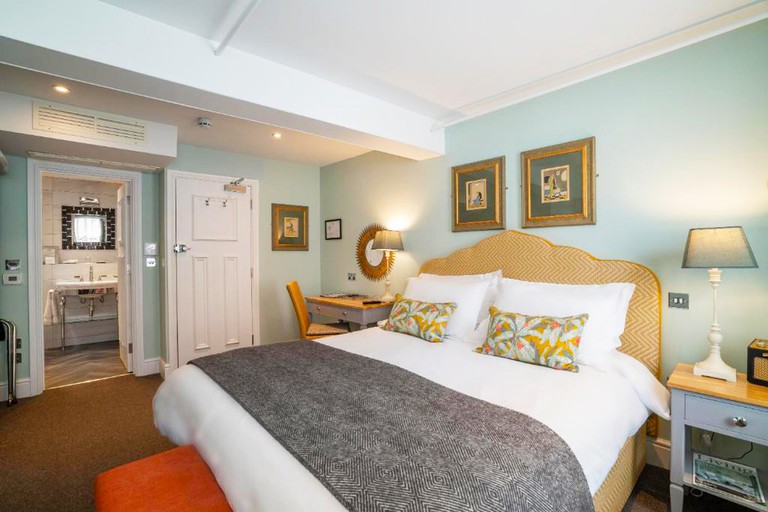 Run by wine importers and housed in a converted grammar school, Gilbey’s Eton is a bastion of Englishness (as you would expect), with country-cottage furnishings and a flower-filled courtyard garden. There are three rooms and a larger studio suite. The menu at the bistro downstairs showcases Modern British cuisine, with dishes such as scallops and squid tempura and pork belly with crackling, all conjured from local ingredients by the French chef. There’s an impressive wine list, too. 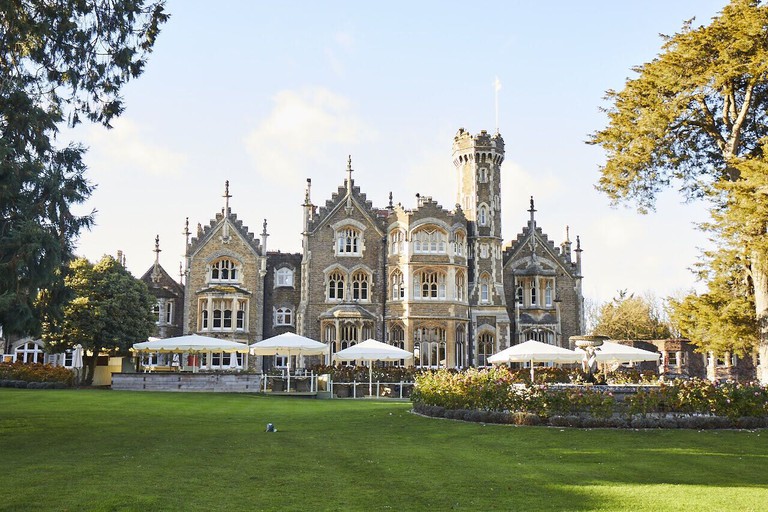 A turreted Victorian manor house, Oakley Court is arguably the most glorious of all the hotels in Windsor. Its renovated rooms have original features and beautiful touches such as white-painted and mirrored Victorian shelving behind one of the double beds; or you can stay in the Boathouse for the best river views. Windows are arched and Gothic, and there are mid-century plush armchairs, polished antiques, Berber rugs and traditional English fabrics. As an additional perk for foodies, there’s a tented riverside dining room with regular guest star chefs. 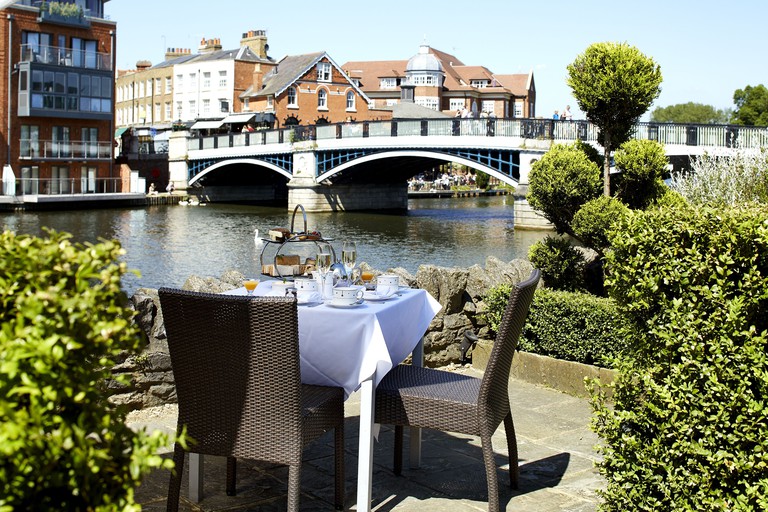 Housed in a historical red-brick building on the banks of the Thames, the Sir Christopher Wren fits in snugly with its rarefied surroundings in Windsor. Its architect namesake is done justice in the beautifully designed, traditional rooms, which have period features such as exposed wooden ceiling beams. The brasserie is an elegant spot for cocktails and afternoon tea, with superb scones and Cornish clotted cream. 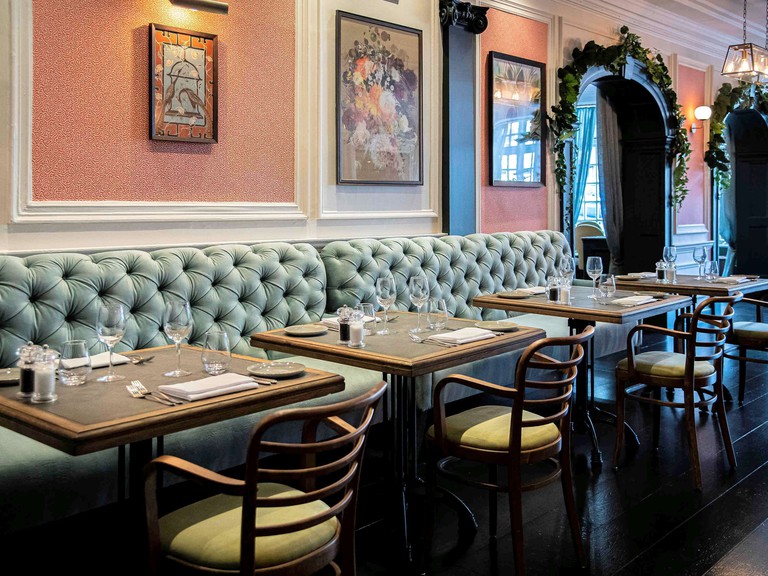 Recalling the stateliness and traditional British elegance of its namesake Windsor Castle, just five minutes away, the Castle Hotel has guest rooms combining high ceilings and a muted colour scheme with fireplaces, ornamental urns and other classy design features. The Leaf at the Castle restaurant serves fantastic British cuisine, and the beautiful garden terrace, beneath a pergola hung with purple wisteria, is a scenic spot to enjoy fish and chips, steaks or Severn & Wye salmon.

Macdonald Windsor Hotel, for watching the Changing of the Guard 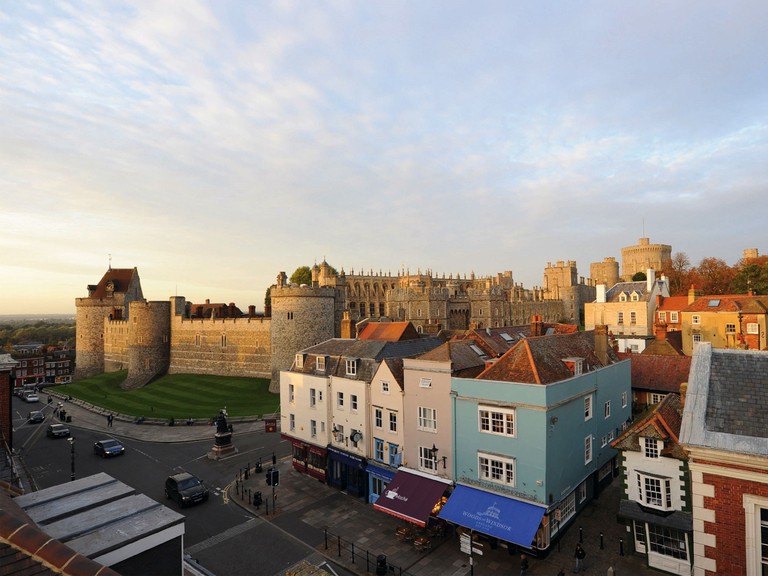 In a stylish townhouse just two minutes’ walk from Windsor Castle, the Macdonald has an unbeatable location; the Changing of the Guard parades right in front of the hotel, too. Within, rooms have a regal yet contemporary feel, with plush purple sofas and period beams in the upper rooms. The on-site Caleys Brasserie serves a mix of British classics and European fare, along with afternoon tea.

The George, for an atmospheric stay in an 18th-century inn 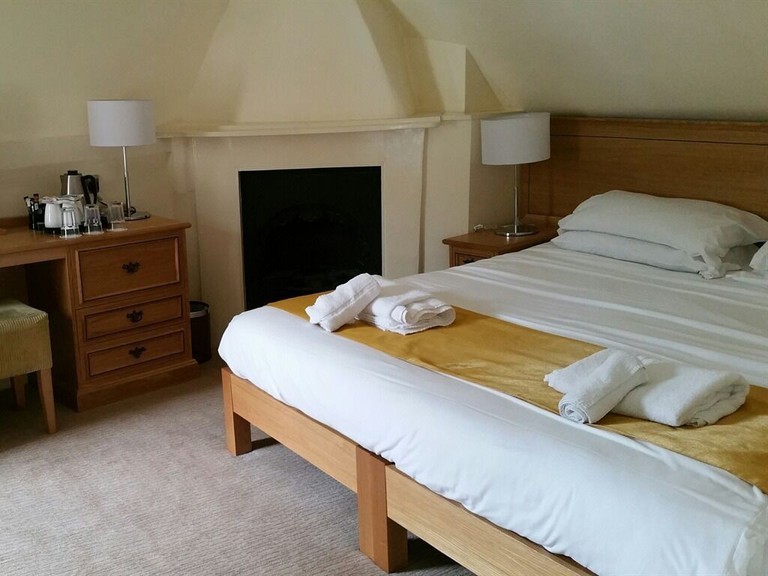 Courtesy of the George Inn / Expedia

A colourful, comfortable stay awaits at the George, with rooms that combine a modern look with a historical setting above an 18th-century pub. Spending time in this coaching inn, dating to 1750, is a highlight of your stay here, with superb full English breakfasts on offer in the historic dining room, and an ever-changing roster of cask ales ensuring that beer lovers will be in paradise. 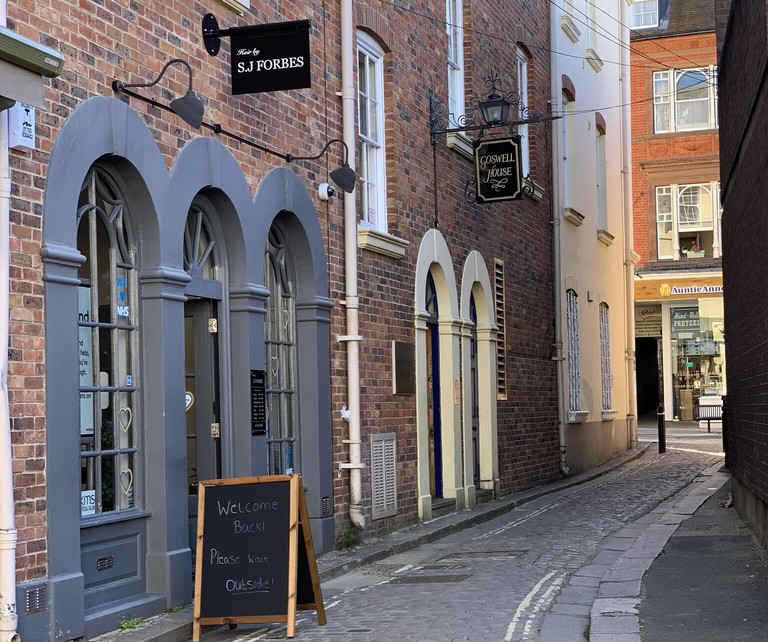 Location is everything at this comfortable, modern hotel, which sits next to Windsor train station and opposite Windsor Castle; tickets are available for the latter from the hotel. A great day out is assured at the Royal Windsor Racecourse, while Legoland Windsor, just a 10-minute drive away, is a magical experience for families with young kids. Hotel staff will happily help you plan and book your days out.

Christopher Hotel, for a boutique stay in Eton 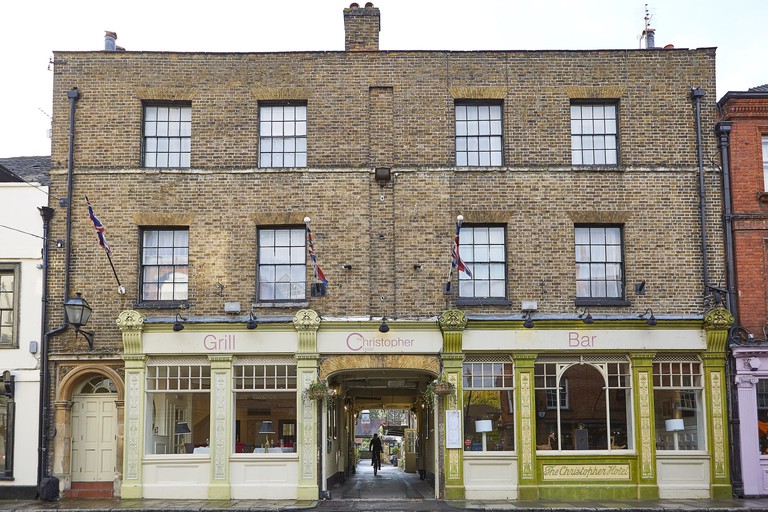 Combining a homely, welcoming atmosphere with an eye for luxury and design, this family-run boutique in the town of Eton has lovely rooms and suites with design features such as ornately carved wooden headboards, beautiful feature walls depicting scenes from the natural world and large, freestanding tubs. In true British style, there’s even a pub, with comfy sofas, a classic wooden corner bar and a lovely menu – try the baked black Cornish bream.

If you’re in South East England to catch a glimpse of the Queen, you’ll want to visit London, too. With hotels near Buckingham Palace and places to stay by the Royal Opera House – now bookable via Culture Trip – you’ll sleep like a king. If you’d like more culture, see London’s oldest churches, or maybe you’ll opt for relaxing in one of the capital’s famous parks with a bite to eat from markets nearby.