The Best Hotels to Book Near Portsmouth International Port 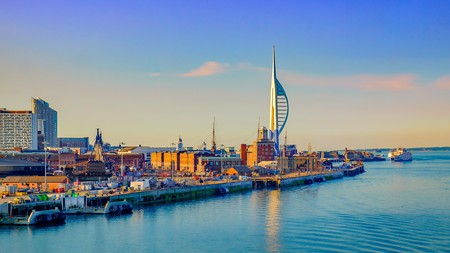 With a swell of naval history, many of the hotels around Portsmouth International Port nod to the nautical. From the boutique to grander hotels, here are the best places to stay nearby. Book yours with Culture Trip today.

As well as one of England‘s main ports for cruises and ferries, there’s a rich history to explore in the surrounding harbour of Portsmouth. Whether you’re after somewhere to sleep en route to another destination, or looking for a spa hotel to serve as a base for a weekend of exploring, there’s plenty to choose from around the water’s edge. 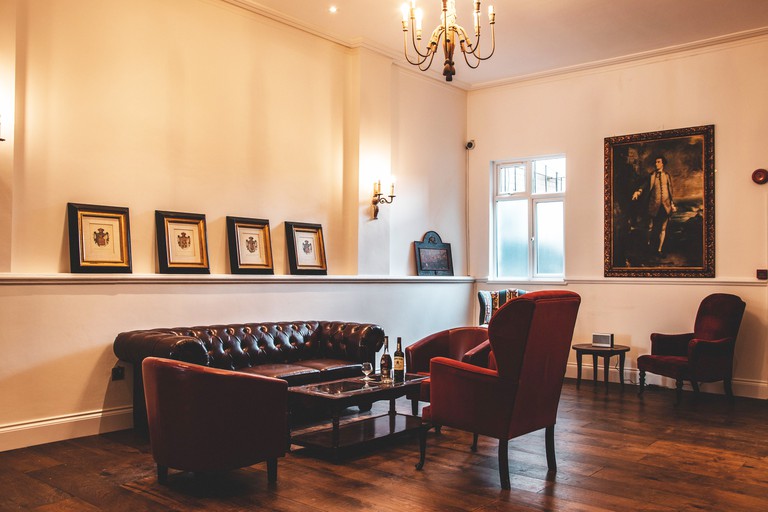 Courtesy of Keppel’s Head Hotel / Expedia
There are a handful of beaches near Keppel’s Head Hotel, and Portsmouth’s naval history is never far away. Found on Portsea Island, it’s a little further out from the port, but has direct transport links that can get you there in around 30 minutes. Some rooms have views over the harbour, while the restaurant is open for breakfast, lunch and dinner. 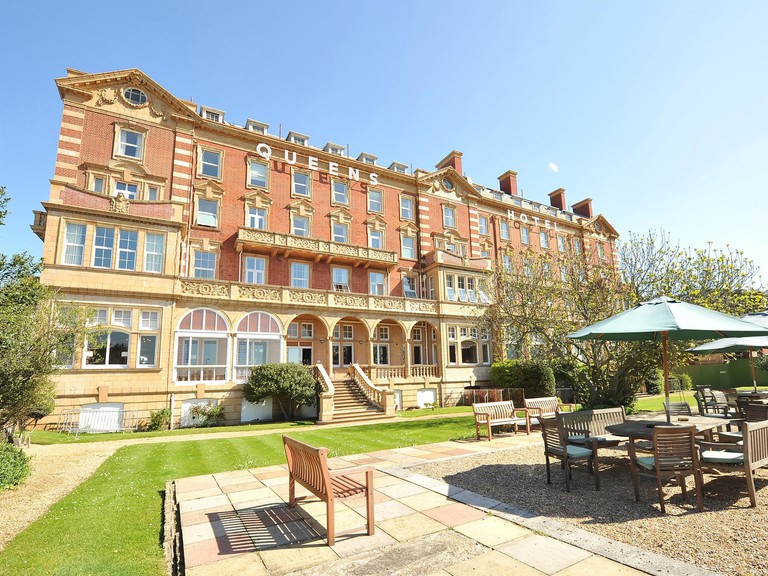 Courtesy of Queens Hotel / Expedia
While the Queens Hotel is some eight miles (13km) away from the port, it skirts the edge of the harbour and has beautiful views out to the Isle of Wight, Southsea Common and the Solent. Its restaurant focuses on a relaxed style of fine dining. Being a coastal hotel, it has an emphasis on fresh fish, and a menu that changes with the seasons. 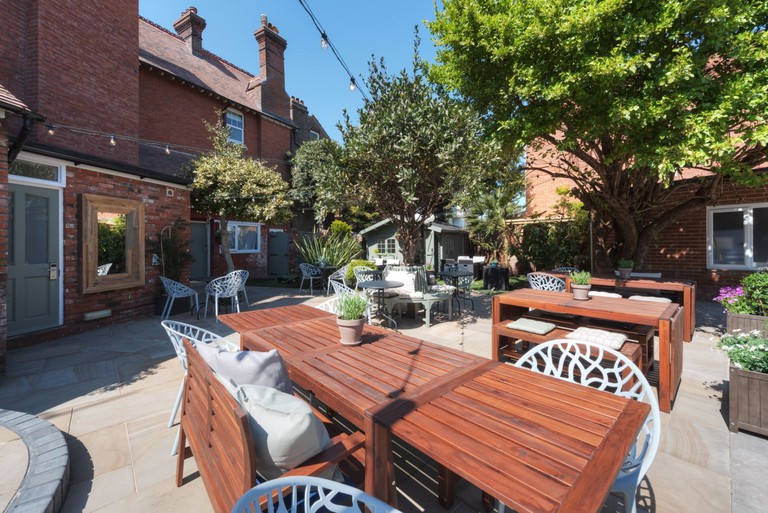 Courtesy of Somerset House Boutique Hotel / Expedia
Right at the tip of the harbour, Somerset House Boutique Hotel has a bar and sunbathing terrace. It’s just two minutes’ walk from Southsea Beach, so you can freshen up before a seaside stroll with complimentary L’Occitane toiletries. Alongside its sister properties, the hotel shares the neighbouring Garden Restaurant, where you’ll find a wood-fired oven and casual, rustic dining. 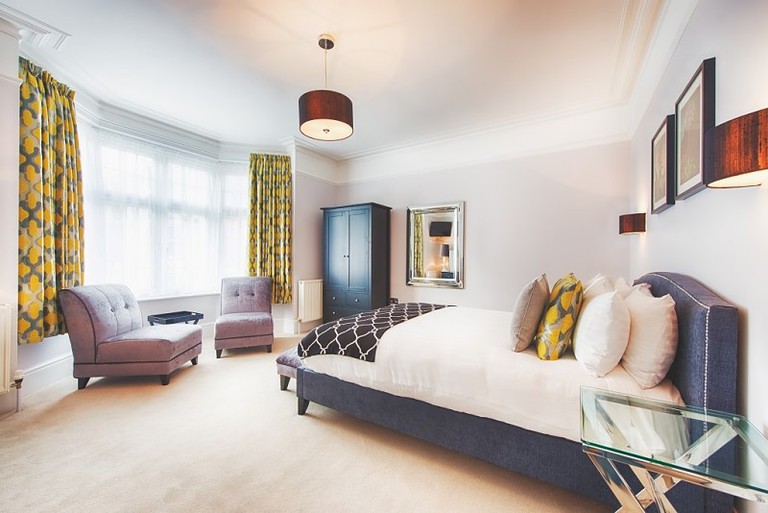 Courtesy of Florence Gardens / Expedia
A sister property to Somerset House, boutique Florence Gardens also benefits from access to the Garden Restaurant. Being just round the corner, it’s close to Southsea Beach and only a 10-minute drive from Portsmouth Historic Dockyard. Rooms are contemporary, hosting optional spa treatments, while holiday homes are available for larger groups, featuring cinemas, games rooms and hot tubs. 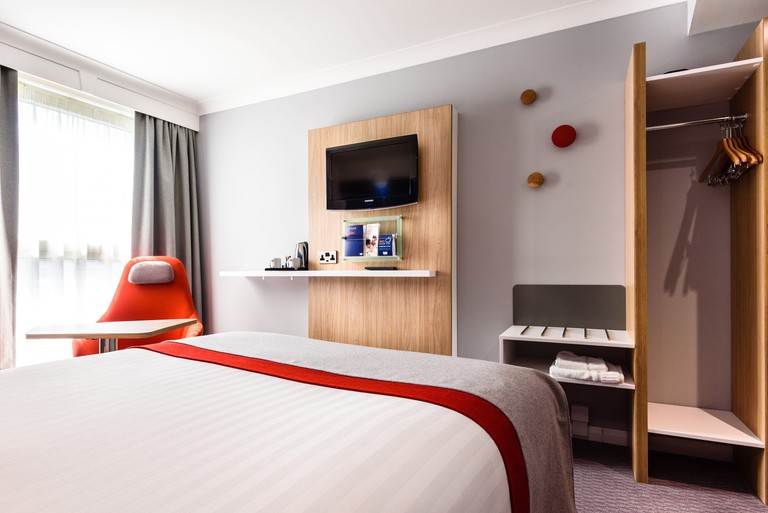 Courtesy of Holiday Inn Express Portsmouth Gunwharf Quays / Expedia
Located in designer shopping outlet Gunwharf Quays and central for the port and marina, the practical and reliable Holiday Inn Express is surrounded by things to do and places to eat on the waterfront. There’s an Express Breakfast on offer (included in all stays), with grab bags if you’re in a hurry. Portsmouth International Port is a 10-minute drive away, and with parking available, this is a popular choice for those catching a ferry. 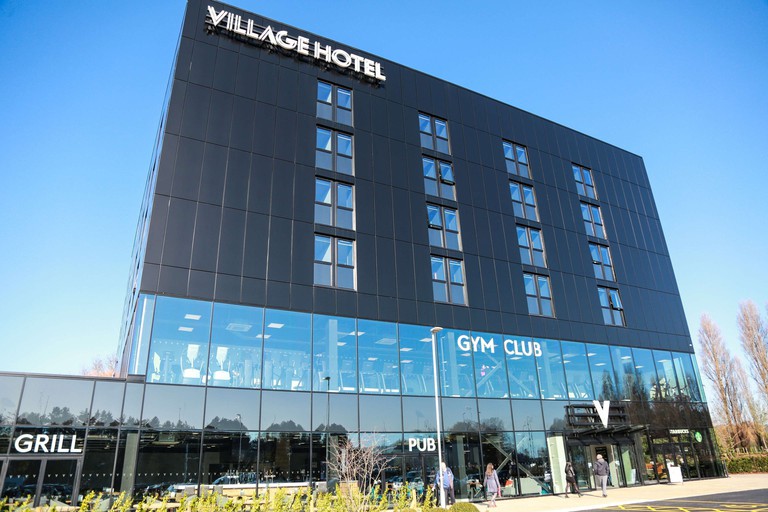 Courtesy of Village Hotel Portsmouth / Expedia
Between King George V Playing Fields and Lakeside North Harbour, Village Hotel Portsmouth is two miles (3.2km) from the centre of the port — walk along the water’s edge for a more serene journey there. There’s a coffee shop, wellness centre, gym, pool, pub and grill on-site, with a focus on being a community hub. Rooms feature a lot of glass and colour. 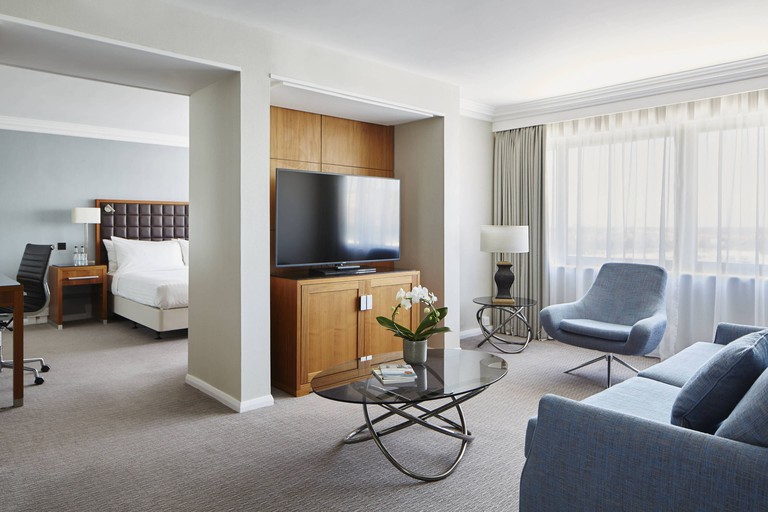 Courtesy of Portsmouth Marriott Hotel / Expedia
Portsmouth Marriott has all the creature comforts you’d expect from a chain hotel: an outdoor patio and garden, a gym, restaurant, bar and plenty of function rooms. Family rooms are available, with all bedrooms having muted tones and large windows for a light atmosphere. There’s a breakfast buffet and dinner menu available at the Cast Iron Bar & Grill, which serves traditional UK dishes, including Yorkshire pudding, chicken pie and sticky toffee pudding. 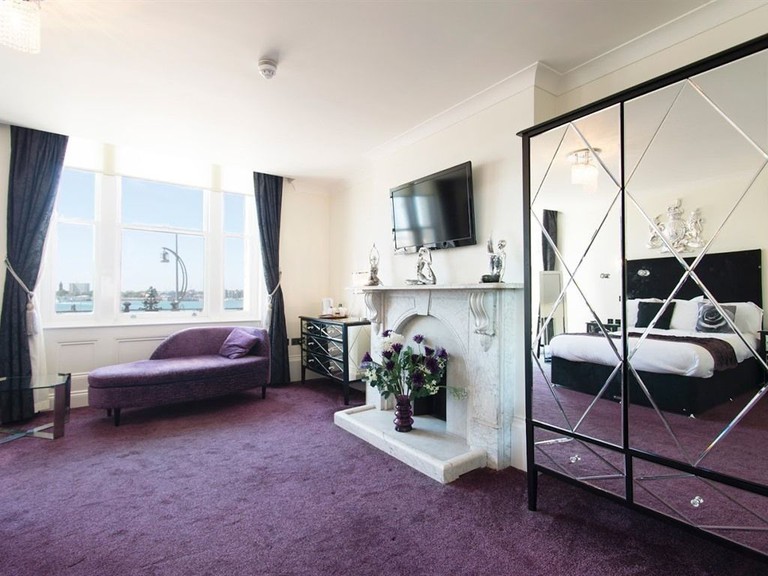 Courtesy of the Ship Leopard Boutique Hotel / Expedia
Close to Whale Island, this hotel is ideally located for Portsmouth International Port and the maritime attractions. It’s housed in a Grade II-listed Georgian building, with some rooms having views across the harbour and Historic Dockyard (breakfast is included with all). Expect some quirky touches: there are entirely mirrored wardrobes, and in one room, you may end up sharing with a sequinned big cat ornament. There’s also a lift, plus access for wheelchair users.

Once you’ve booked Portsmouth, you might want to make plans — so try our list of unusual things to do in Pompey. If you’re sailing over to the Isle of Wight, discover the best things to see and do once you disembark. Finally, head back to Southampton and see our must-visit attractions there, before staying in one of its best hotels, bookable on Culture Trip.