Claws, Campervanning and Castle Ruins: a Go-Slow Weekend in Kent 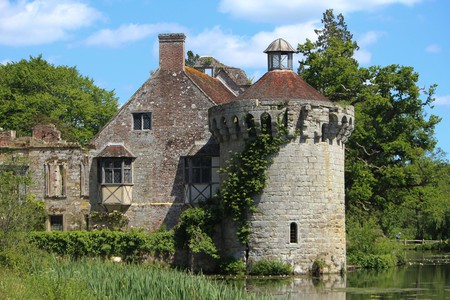 “Bear, bear!” my toddler shouts, gesturing towards a shadowy lump in the trees. He’s not wrong. There’s a squat but evidently powerful European brown bear snuffling the ground just yards from us.

At that same moment, I catch a grey blur in my peripheral vision. It’s a wolf and several more follow it.

My son doesn’t know “wolf” yet, but, surprised by the ghostly canine, I let slip a four-letter word of my own. 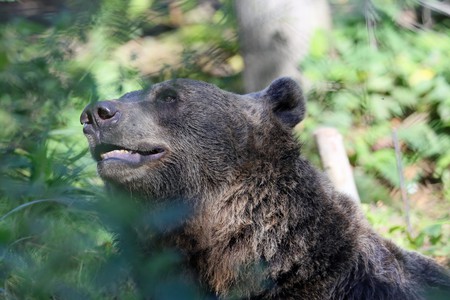 A few centuries ago, I could have been the main course on that teddy bear’s picnic or perhaps a dog’s dinner. But today, we’re at the Wildwood Trust – an animal park in Herne, Kent, built to conserve native British wildlife, both past and present.

That brown bear is Fluff, a male born in Bulgaria and bred to be hunted. He was found – along with another now called Scruff – emaciated, living in a small concrete pit, with signs of psychological trauma. Their new home, in this woodland sanctuary just outside Canterbury in west Kent, is a relative paradise.

Similar stories follow us around the site – from boars to bison, owls to otters. And if it isn’t the animals on show, it’s their forebears, hunted to near extinction or driven from their homes by humans.

It’s a sad and beautiful, depressing and uplifting, start to our go-slow weekend adventure in Kent. 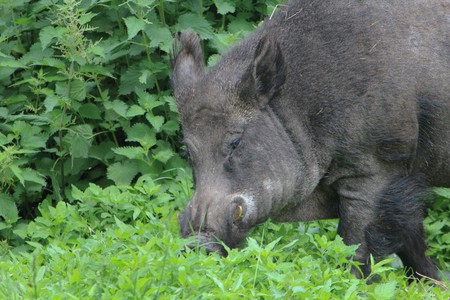 Our home – and transport – for the adventure was a blue Ford Freda hired from Camptoo – an online rental platform described as an Airbnb for campervans.

Our vehicle had a pop-up top for extra sleeping space and a little cooker for morning tea and evening pasta. The ancient inns and crooked pubs of Kent, of which there are many, provided more substantial meals.

We pitched at a campsite in Canterbury run by the Camping and Caravanning Club, a not-for-profit started in 1901, whose previous presidents include polar explorer Robert Falcon Scott and founder of the Scouts, Lord Baden-Powell.

If they were alive today, they may well have sniffed at my beginner attempts with the campervan. No poles, no pegs, no sub-zero temperatures; yet the daily struggle to get the sleeping equipment packed and the vehicle ready to drive was real.

I could hardly blame the campsite either, the facilities were exemplary: clean toilets, a well-ordered washing-up area and some of the best showers I’ve had in months.

Still, despite my less-than-Scottian wild skills, the combination of al fresco dining and drinking wine under the cloudy night sky was far enough removed from my WFH desk and nightly Netflix that it felt like a real rural escape. Our little blue camper, modest compared to the full-rig caravans enjoyed by our neighbours, added to the back-to-nature vibe. 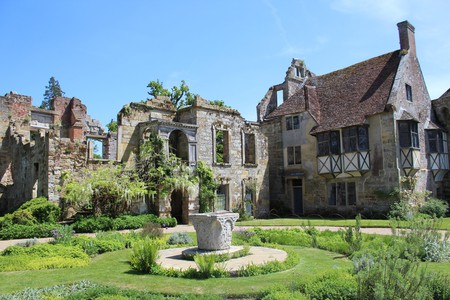 The day after our bear encounter and we’re cutting through higgledy-piggledy Kent villages, past church ruins and pick-your-own farms towards Scotney Castle, a National Trust site in Lamberhurst, east Kent.

If the Wildwood Trust was a reminder of the devastation humans can cause, Scotney was evidence of the beauty they can build. Walking paths cut through a garden estate in the Picturesque style, passing blooming rhododendrons, azaleas and a towering redwood.

We follow the trails; my son with Little Red Riding Hood’s contempt for paths, running off into perfectly executed floral displays at every opportunity. No wolves today, thankfully.

Eventually we arrive at the star of Scotney: a now crumbling 14th-century castle. It’s encircled by a moat, though the only invaders today are selfie-taking tourists (me among them), the odd duck, and dragonflies kissing the water.

After a peaceful stroll and relax on the over-moat bridge, I retrace our footsteps and tour the more modern manor built by the Hussey family in 1837 from sandstone dug in the estate quarry. 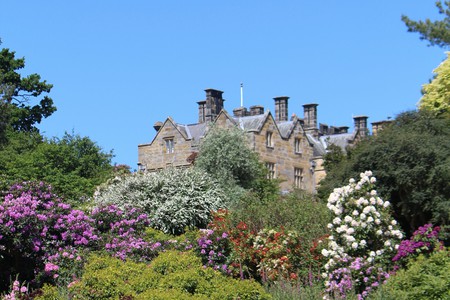 Inside, I find a home frozen in time: bedrooms and kitchens left just as the Hussey family used them.

Turns out, they were hosts after my own heart. The library was chock-full of dusty tomes, thousands of them, while a small table was just as filled with bottles of booze.

They were there, according to a volunteer with an encyclopaedic knowledge of the home and residents, as evidence of the family’s significant role as entertainers. She points to a small cup with two open tops and interlinked handles – it’s a fuddling cup, or so she tells me, which guests would try to drink from without spilling.

As I said, after my own heart.

We return to our pitch that night, and I take my toddler on one final stroll through the campsite.

I spot a hand-painted sign reading “Nature Reserve” with an arrow; we follow and discover a winding woodland trail edged by flora. Now fully wild beings – I’ve got the campervan unpacking pretty much down by this point – we continue along the path and find a cleared patch of land with a wooden bench.

I sit us down and watch the wind brush the top of nettle bushes, as the sun’s last light pokes through branches.

It’s hard not to think back to the animals in the Wildwood Trust, who may have populated this beautiful patch of land centuries ago. For now, though, this little clearing in a small patch of Kent becomes a microcosm of our go-slow weekend in the Garden of England: wild, beautiful and with the promise of so much more to discover.

Keen for more go-slow adventures in the UK and beyond? Check out TRIPS by Culture Trip – our expertly curated small-group adventures that go deep into local customs and culture.