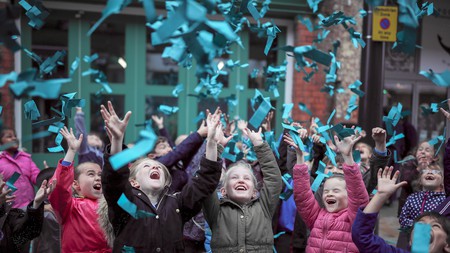 The people have spoken and the votes are in. Paper company G.F Smith polled thousands from over 100 countries to find out the “world’s favorite colour.”

The deep green, teal-meets-turquoise hue named “Marrs Green” was selected as the world’s most beloved color earlier this week. But it’s not because colonizing is on everyone’s mind – the color was named after Annie Marrs, a participant in the international survey who hand-selected the shade closest to the winning hue. The color, she says, reminds her of her native landscape in Scotland. 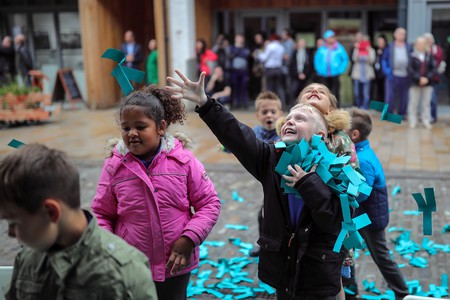 Marrs Green will now be available to designers, artists, and individuals through G.F. Smith. Director of FranklinTill Studio, Caroline Till, says the global choice was most likely due our collective desire for more nature in our daily lives. “As the contemporary condition of ‘nature deficit’ rises in the context of increasingly urban and digital lifestyles, we seek to reconnect with the natural world, hence the current global popularity of the colour green. In these uncertain times, where political and social upheaval has become the norm, we crave the calming tranquility of green and its association with the reassuring certainty of nature’s cycles,” she says. 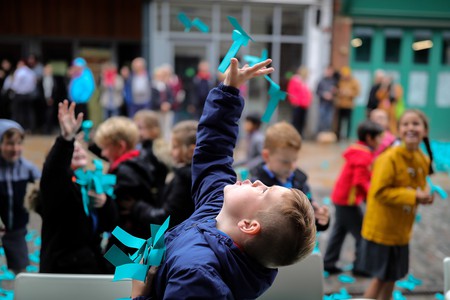 To celebrate the announcement, a cascade of Marrs Green paper helicopters fluttered through the sky in the city of Hull in the U.K. The earth-based hue was also featured in a temporary installation, “Paper City,” which continues through July 9. According to the press release, “Paper City” is the “latest in the ‘Look Up’ programme of public artworks being produced throughout the year for Hull UK City of Culture 2017. Made specifically for Hull’s public places and spaces, the aim is to challenge people’s perceptions of Hull and offer different ways to experience the city.” A pop-up shop is also part of the Marrs Green extravaganza: well-known British companies, like Cambridge Satchel Company and Anglepoise Lamps, will feature the new hue in a range of specially customized products. 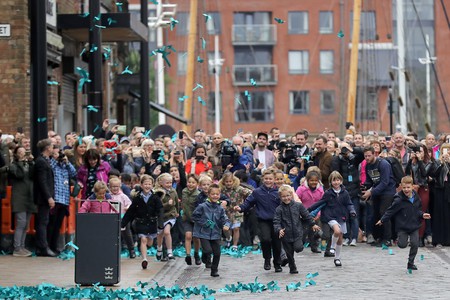 From this year’s Pantone Color 2017 (Greenery) to an impressive surge in green architecture and forest cities, and biophilic initiatives in the workplace, it seems the color green is on everyone’s mind lately.