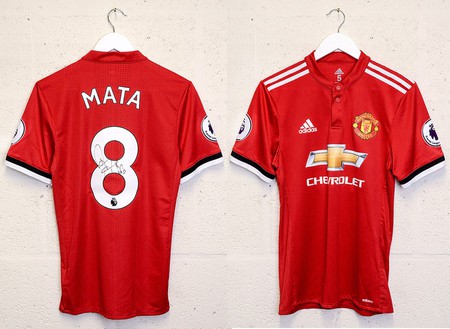 Common Goal is a charity set up and run by streetfootballworld, with the help of Manchester United and Spain midfielder Juan Mata. The scheme involves professional footballers pledging one per cent of their salaries to Common Goal. Mata announced he would be making the commitment and has asked his fellow professionals to do the same. All the money raised through the scheme would go towards “high-impact football charities from around the world”, such as tackling gender inequality in India, refugee integration in Germany and helping grassroots football charities across the world.

The idea is a strong one, with elite footballers earning hundreds of thousands of pounds per week and, while the one per cent that they donate is a tiny fraction of their income, it can be a huge amount to those that require help. The beauty of the idea is in it’s simplicity – the more players that sign up, the more money generated. Players can pledge more than one per cent if they choose, but having this as a minimum is a fantastic start.

Mata himself earns an estimated £140,000 per week through his contract with Manchester United. His pledge alone equates to £72,800 per year. Other players signed up to Common Goal include Juventus and Italy defender, Giorgio Chiellini, Bayern Munich and Germany’s Mats Hummels and Megan Rapinoe of the Seattle Reigns and the national USA team.

Mata made his announcement in an open letter in The Players’ Tribune. “One of the first lessons I learned in football is that it takes a team to accomplish your dreams,” the footballer stated. “We live by this mantra on the pitch, yet we don’t see it enough in the social space. Common Goal is creating a collaborative way for football to give back to society. It’s the most effective and sustainable way that football can deliver long-term social impact on a global scale. Football has the power to do this, but we need to act together.”

Mata continued: “We have so many opportunities simply because we play a children’s game. We are so lucky to live a dream. Let’s come together and help kids everywhere experience that same light and joy. By doing so we can show the wider football industry that Common Goal needs to happen and that it will happen, because it’s right.”

Common Goal has got off to a fantastic start, but the vast majority of professional footballers have yet to commit. So while the pledges from Mata, Chiellini and Hummels combined reach just under £200,000, it could be so much more.

Anyone wanting to support Common Goal (who may not have £200,000 lying around) can head to Classic Football Shirts and buy a raffle ticket for a chance of winning the shirt Mata wore in Manchester United’s game against Crystal Palace.