Why Are the British So Good at Waiting in Line? 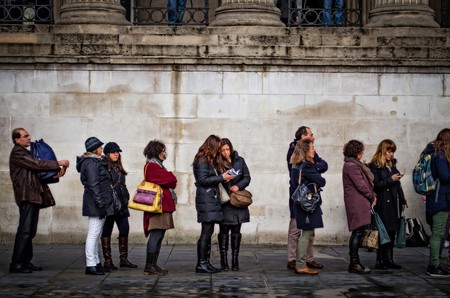 There’re plenty of things that make Britain, Britain. Unpredictable weather, gin and tonics, the Queen, strawberries and cream, Wimbledon, cucumber sandwiches…the list goes on. However, there’s one thing that is indigenous to the Great British folk, something they are known for the world over – a nationwide dedication to forming and respecting a ruddy good queue.

Today, queues can be found just about anywhere. Most often, British natives can be found forming an orderly line whilst waiting for the (often delayed) buses, picking up tickets, awaiting to get on rides at a theme park, waiting for the shop doors to open on sales day – you get the picture. Heck, they’re even known to carry supplies and specialist equipment to help them survive in a queue if they’re anticipating a long wait; think camping chairs, extra clothing, snacks, umbrellas and rain ponchos, and even tents in some circumstances to make sure they keep their place.

But where did this queuing malarkey all begin? Well, according to social historians, it’s actually all a bit of a myth. However, there is evidence to suggest that it was born from the Brits wanting to create fairness and equality among their peers. Simply put, just wanting to show a bit of respect to each other. Nice, huh? 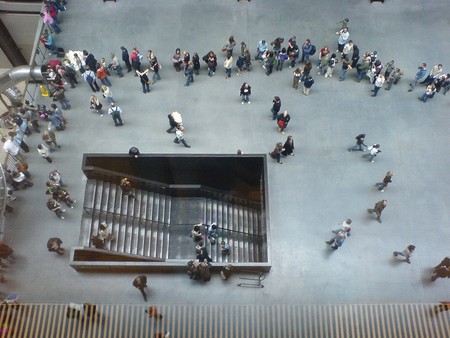 The first notable instances of Britons adhering to the queuing format came from the early 19th century, the beginning of the Industrial Revolution. As cities began to grow bigger, larger numbers of people started to gravitate to them for work. Naturally, this influx of people required everyone to create a more structured way to do everyday things, such as posting letters at the post office and buying things at local shops, to help ensure these tasks could be done as quickly and effectively as before. Enter, the queue!

The Brits’ reputation for being ‘civilised queuers’, however, was born in wartime Britain. During such a period of uncertainty that was brought with arrival of the Second World War, the government was keen to retain as much order as possible, resulting in propaganda addressing people to ‘do [their] duty and wait [their] turn’ when it came to activities such as collecting rations. Ever since then, forming a queue has been instilled in the nature of the Brit, and has become an almost humourous characteristic to tourists.

And we say, what’s wrong with this little mannerism that has become synonymous with the isle? Myth or not, the dedication to queuing makes Brits stand out to the rest of the world. After all, they’re well known for being courteous and polite, and so we say, long live the Great British queue!