Where To See The Best Pre-Raphaelite Art In The UK

In 1848, English artists William Holman Hunt, John Everett Millais, and Dante Gabriel Rossetti rejected the establishment’s ideals and founded a revolutionary movement: the Pre-Raphaelite brotherhood. The best of Pre-Raphaelite art can be found in galleries and institutions across the UK, and we profile ten of the best below.

Home to almost all of the real Pre-Raphaelite Masterpieces, from Millais’ Ophelia to Rossetti’s Annunciation and Waterhouse’s The Lady of Shalott, Tate Britain displays an extensive treasured collection of this entirely British art. Millais’ Ophelia is one of the most commonly reproduced Pre-Raphaelite works and is the best-selling postcard from the Tate gift shop. Based on Hamlet, this painting was about much more than Shakespeare – it spoke of a new form of art that went “To nature in all singleness of heart… rejecting nothing, selecting nothing, and scorning nothing.” The morbid beauty of this painting and its heavy symbolism is somewhat obscured for modern viewers, but this stunning work with its vibrant colours and tragic theme of wasted youth still touches the hearts of Tate visitors today. 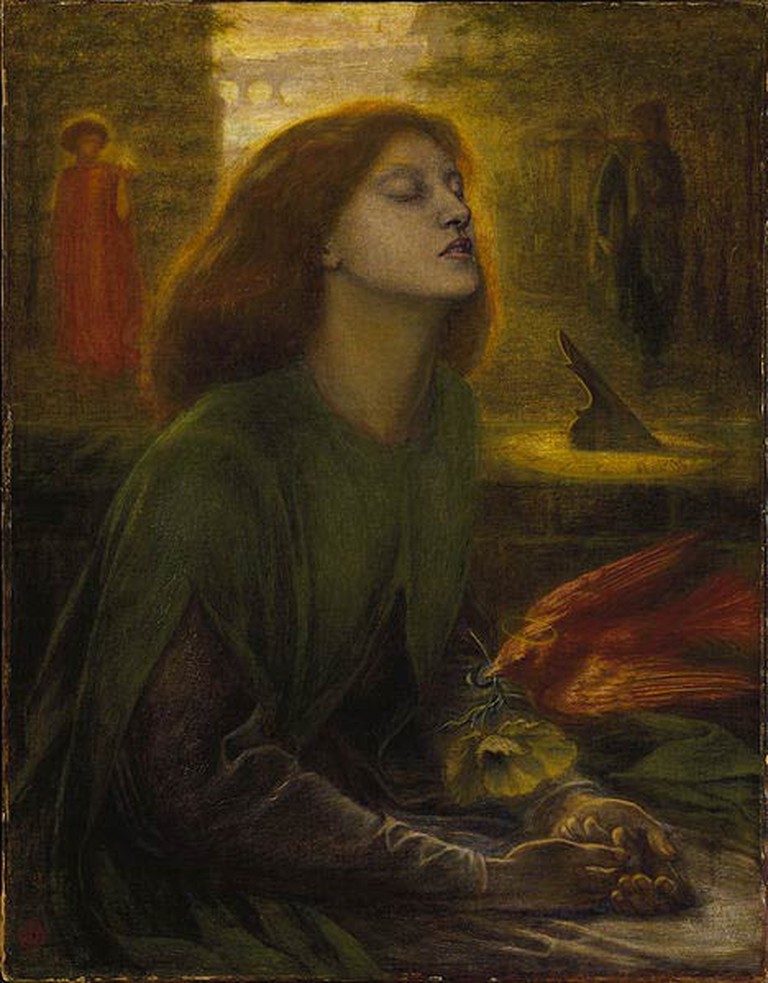 Beata Beatrix | © Dmitry Rozhkov/Courtesy of WikiCommons
With 2,257 items in its Pre-Raphaelite collection, Birmingham Art Gallery has one of the most extensive collections in the world. Of particular interest are the drawings that give huge insight into the mental and aesthetic processes of the Pre-Raphaelite artists. Rossetti’s Two Lovers is touchingly personal; the woman closely resembles Elizabeth Siddall, who Rossetti had developed an ardent infatuation with at the time of painting. The Gallery also owns works by Burne-Jones along with Rossetti’s highlights: Proserpine and Beata Beatrix.
Open In Google Maps
Chamberlain Square, Birmingham, England, B3 3DH, United Kingdom
+441213488032
Visit Website
Give us feedback 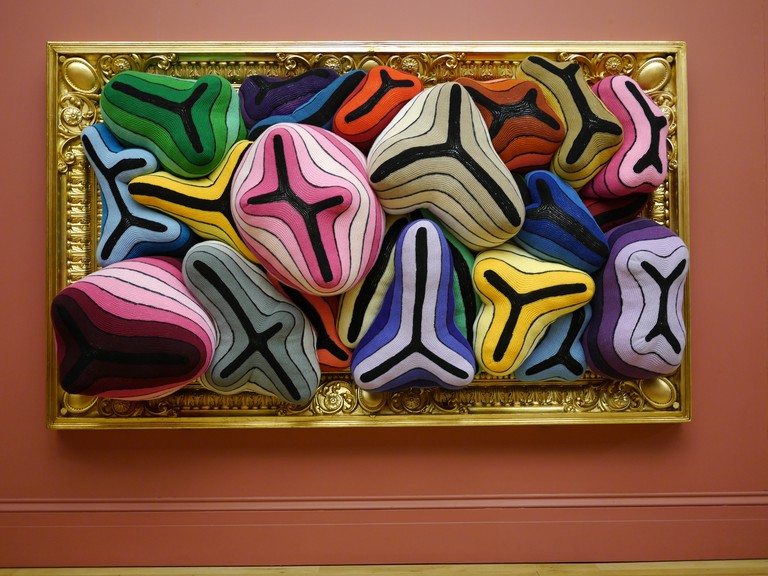 True Faith By Joana Vasconcelos, Manchester Art Gallery
In the Manchester Art Gallery, William Holman Hunt’s works are prevalent. The Hireling Shepherdand The Light of the World speak of Holman Hunt’s deep sense of morality; he regularly chose to depict religious themes in his work. The Light of the Worldwas based on the biblical passage: “Behold I stand at the door, and knock; if any man hear my voice, and open the door, I will come in to him…” It was very well received at the time, and was reproduced extensively so that it was available to the lower classes of Victorian society.
Open In Google Maps
Manchester Art Gallery Mosley Street, Manchester, England, M2 3JL, United Kingdom
+441612358888
Visit Website
Give us feedback

Book Now
Liverpool was the only provincial town to have its own school of Pre-Raphaelite artists. Rossetti’s Dante’s Dream, painted after the death of Elizabeth (Lizzie) Siddall and mid-affair with William Morris’ wife, demonstrates Rossetti’s struggle between his insatiable impulse and the purity of unattainable love. The dead Beatrice is clearly modeled on Jane Morris, but the theme is Lizzie’s. The painting has a heavy symbolism with green for hope, an allegory of love and a floor strewn with poppies symbolising death and sleep. Lizzie Siddal died from an opiate overdose lending further meaning to the poppies.
Open In Google Maps
William Brown Street, Liverpool, England, L3 8EL, United Kingdom
+441514784199
Visit Website
Give us feedback

Home of William Morris, and at times, Rossetti, Kelmscott Manor exudes the Pre-Raphaelite aesthetic. Containing various works by Rossetti and his own personal paint set, Kelmscott Manor is nevertheless Morris’ domain. One of the most prominent pieces of the collection is his bed. The original bed originally belonged to the Turner family, but was acquired by Morris when he undertook the lease of Kelmscott. His youngest daughter, May embroidered one of his poems on to the pelmet embracing her inherited Pre-Raphaelitism. After his death, May and Jane Morris created an embroidered cover for the bed with ladybirds, kingfishers and caterpillars hidden amongst the formal design. May later went on to promote the status of embroidery and the role of women in art and design. 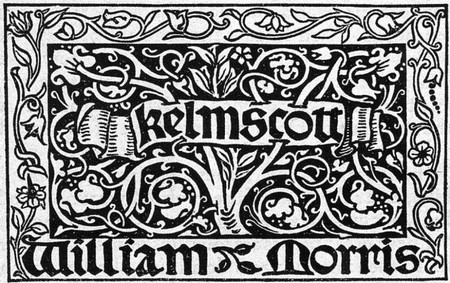 Book Now
Housing numerous prepatory drawings for some of the Pre-Raphaelite’s most famous works including Millais’ Mariana and Burne-Jones’ Cupid’s Hunting,theVictoria and Albert Museum is a treat. They hold the sketchbooks of Waterhouse and rare examples of Pre-Raphaelite photography which demonstrate the importance of realism in Pre-Raphaelite art. The sketchbooks contain a plethora of anatomical and plant studies and some of the photographs clearly have similar origins to Rossetti’s Dante paintings. The 1912-15 sketchbook holds a small sketch of Waterhouse’s Miranda with great similarity to the finished painting demonstrating the strength of the Pre-Raphaelite vision.
Open In Google Maps
Cromwell Road, Knightsbridge, London, England, SW7 2RL, United Kingdom
+442079422000
Visit Website
Visit Facebook page
Give us feedback

Red House is the real creation of William Morris. With an architecture he designed himself, Red House embodies everything about Pre-Raphelitism and the subsequent Arts and Crafts Movement. Burne-Jones murals and Morris’ famous wallpapers survive. The house and everything in it endeavoured to adapt late Gothic Medieval aspects to the contemporary Victorian era without imitation. Burne Jones’ stained glass windows are particularly beautiful and unite the Victorian aesthhetic with traditional Medieval materials and techniques. It was also during his stay at Red House that William Morris founded Morris, Marshall, Faulkner & Co. – the first firm dedicated to the pursuit of the Arts and Crafts ideals.

The Pre-Raphaelites also had a strong presence in Oxford. In the 1850s, Rossetti, Morris and Burne-Jones were commissioned by John Ruskin to undertake a series of murals featuring Arthurian legends for the Oxford Union. The artists proved to be chaotic and difficult to manage, including disasters when the unprimed walls began to cause the paintings damage and decay. At one point William Morris completely repainted his ceiling design, demonstrating his interest in patterns which developed further in his later design works. The first appearance of Jane Burden (later Jane Morris) also appears here in Morris’ murals. Jane had been recently scouted by the artists as a model, for her unusual Pre-Raphaelite look.
Open In Google Maps
Frewin Court, Oxford, England, OX1 3JB, United Kingdom
+441865241353
Visit Website
Give us feedback

A stately home containing a couple of works by Rossetti is a prized Pre-Raphaelite location for Burne-Jones’ Briar Rose series. Sited in the Saloon at Buscot Park, these paintings fit perfectly with the gilded details and wood panelling, but they were not originally designed for the house. After Lord Faringdon acquired the paintings for Buscot Park Burne-Jones visited and decided to create extra panels to extend the paintings around the room. These other panels continue the rose motif from the other paintings and unify the series. Depicting scenes from the fairytale of Sleeping Beauty, each painting also has passages of the story inscribed below. 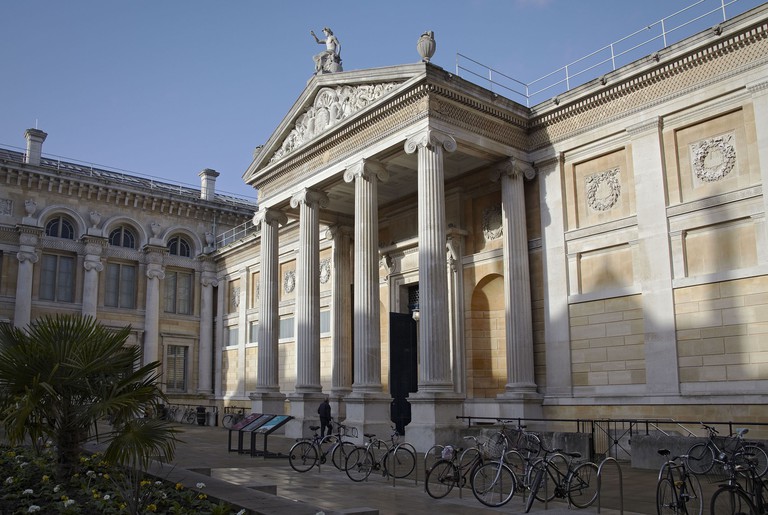 Museum exterior | © Ashmolean Museum
Book Now
Burne-Jones’ Briar Roseseries was also realised in the form of tiles, now owned by the Ashmolean Museum. The museum also holds preparatory sketches for Holman Hunt’s The Light of the World and Millais’ Mariana, but a rare painted wardrobe by Burne-Jones is one of the more remarkable works from the collection. Entitled the Prioress’s Tale Wardrobedepicting one of Chaucer’s Canterbury Tales in which a child martyr receives a vision of the Madonna. Burne-Jones came to illustrate this scene again seven years later.
Open In Google Maps
Beaumont Street, Oxford, England, OX1 2PH, United Kingdom
+441865278000
Visit Website
Give us feedback
Give us feedback