© and courtesy of Leonardo Frigo

A London-based Italian artist is going far beyond the traditional, using a violin as his canvas and creating truly stunning works of one-of-a-kind art in the process.

His name is Leonardo Frigo and he calls himself ‘the violin painter’. Instead of painting on a usual background, he chooses to create his stunningly detailed illustrations on actual violins. 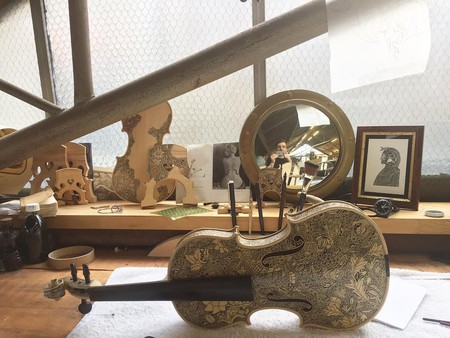 In his own words, ‘Music is art, and what better to produce it in than an instrument, that is, in itself, a work of art?’

Frigo’s drawings, which he began doing at fourteen years of age, almost feel like illustrated calligraphy in their detail and precision. He uses a fountain pen as his medium and it takes him at least three weeks to complete a piece. Each violin tells its own story. 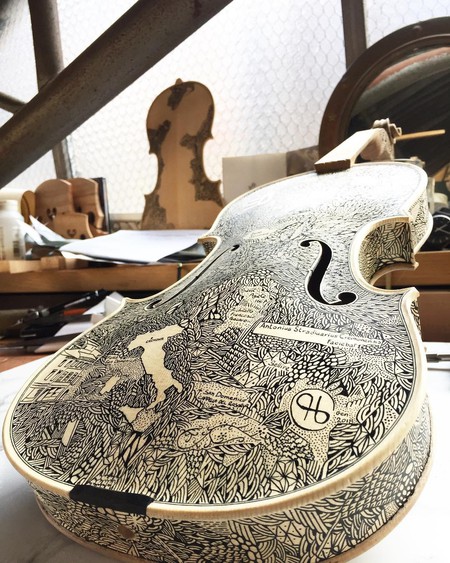 His inspiration to create art comes from his grandmother, who is an artist herself.

‘I illustrate biographies and stories on musical instruments such as violins and cellos. My work incorporates symbols, patterns and embedded text which allows the audience to engage with the instruments in a unique way,’ says Frigo. 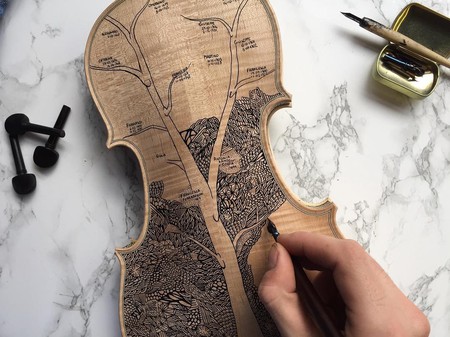 And his musical instruments really do weave a tale. One of his latest series – seven violins each representing one of the seven deadly sins – is truly gripping, pulling viewers in to explore pride, greed, lust, envy, gluttony, wrath, and sloth. He also recently completed his first cello work, illustrating the entire biography of composer Antonio Vivaldi. You can almost read the meaning through the designs in these works, which is in fact what Frigo is going for. 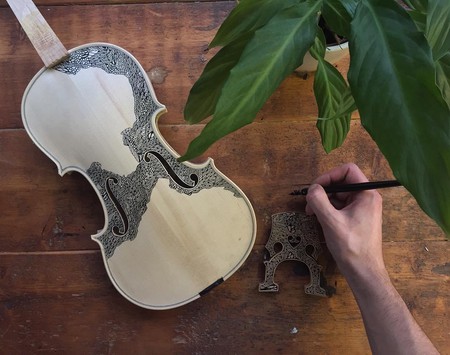 He explains, ‘My art’s objective is to graphically represent a story, an event or a biography. I like to think that my musical instruments can be read like books… .’

In this lofty goal Frigo is most certainly succeeding, and in a world where almost all art has already been ‘done,’ his completely unique oeuvre is both inspiring and refreshing.