What They're Listening to in England This Summer 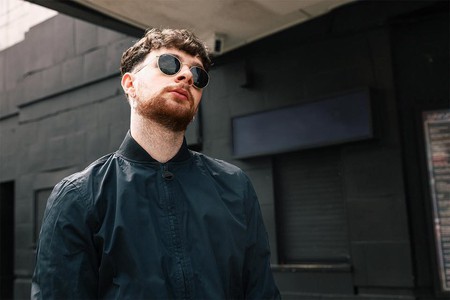 Being one of the musical hotbeds of the world, England is far from short of rising talent at any given moment. From the likes of grime star Stormzy to up-and-coming indie starlets Black Honey, here’s what England is listening to this summer.

Brighton indie-fuzz quartet Black Honey should be right at the top of everyone’s new music list for 2017. They’ve just played at Glastonbury following ferociously touring the UK over the last couple of years. Their hard work is starting to pay off as they’ll be off with Royal Blood on their arena tour this October.

Fans of straight up indie-rock rejoice, The Amazons are on track to be your new favourite band. Think huge riffs and infectious lyrics, the perfect combination for those summer afternoon festivals in the sun.

Bedfordshire-born Tom Grennan rose to fame following an appearance on Chase & Status’s track ‘When It All Goes Wrong’, and since then he’s been selling out shows up and down the country. Grennan’s clear talent and showmanship has gained him a loyal fan base in the UK and that’s only set to skyrocket.

Having shot to fame after winning Glastonbury Festival’s Emerging Talent competition in 2015, this spritely 18 year-old is on the tip of everyone’s tongues right now. If you don’t know him, then get to know him below.

Following a brief stint away to record their second album, Wolf Alice are back on the scene with their raucous return single ‘Yuk Foo’. Expect further explosive material in the not too distant future.

Grime is on the up in England right now thanks to the likes of Skepta and co., with a whole wealth of urban upcoming stars ready to hit your ears. Nadia Rose is one of these. The Croydon rapper was shortlisted on BBC’s Sound of 2017 list and is actually Stormzy’s cousin – but don’t let that cloud her obvious talent.

Childhood friends Rosa Walton and Jenny Hollingsworth make up Let’s Eat Grandma, the latest duo about to take the country by storm. Their eerie brand of avant-garde pop is hitting up just about every festival that matters over the summer, so make sure you check them out.

He’s still on the rise but he needs no introduction. ‘Shut Up’ put this South London grime artist on the map and ever since then, the only way has been up. His debut album Gang Signs and Prayer made history as the first grime album to reach number 1 in the UK, which only affirmed Stormzy‘s star status further.

Following triumphant shows at O2 Academy Brixton and Glastonbury, Glass Animals are one of the summer’s main musical talking points. Combining infectious pop with their own take on electronic and R&B elements, you’d be mad to not give this pineapple-obsessed Oxford band a listen.