What Is 'Generation E'?

Generation E is an upcoming documentary series made by Noam Auerbach, Catriona Furlong, Marijn Maas, and Max Kraan that examines the lives of young Europeans in the context of the continent’s vibrant electronic music and festival scene. The Culture Trip spoke to co-producers Auerbach and Furlong about the project and the role of electro music in contemporary youth culture. 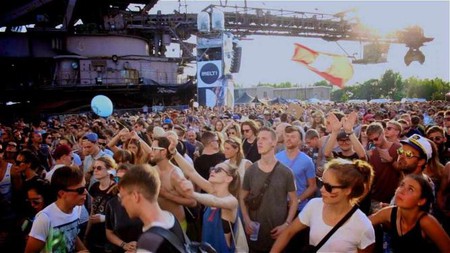 Culture Trip: What is Generation E and what inspired you to start this project?

Catriona Furlong: It’s a documentary web-series that seeks to capture what it is that’s distinctive about our generation and tries to tell that story in a unique way through the electronic music scene, which is a culture that so many young people take part in — which is where the ‘E’ comes from. Our focus is on young Europeans, looking at the tension between the privileges of the relatively comfortable lives that the majority of Europeans youths enjoy, and the emotional and psychological struggles that they face. We want to explore our generation against the backdrop of electronic music and see how Europeans express themselves and their anxieties by listening to and performing this music.

Noam Auerbach: I started noticing that no one really talks about today’s young Europeans in the correct descriptive way, within the framework of a ‘generation’. I think that it’s often overlooked that there’s a larger shared experience between young people in countries throughout Europe, who all encounter very similar emotions, struggles and thoughts.

CF: A big part of it was that electronic music itself is not just music but a culture in a sense that it’s all about going to parties, raves and festivals, sharing experiences with other people and escaping a part of one’s life by being hedonistic. It’s that whole culture that we want to look at, to ask what it is that these young people are escaping from and what they seek to gain from this music.

CT: What are some of the major themes that you’re looking at?

CF: We started out by doing some sociological research to see what characteristics of this generation had previously been identified. We then came up with four themes which seemed to be the most recurrent: individualism, emotional detachment, globality, and directionless freedom. We found that all of these themes clearly manifested themselves in the young Europeans we met.

NA: We initially thought of making four separate episodes, but we decided to make a longer first instalment to emphasise how all of these themes are interrelated.

CT: Is the documentary aiming to celebrate or critique this ‘Generation E’, or do you hope to maintain a level of objectivity?

NA: The latter. Our main aim is to create a direct, honest, raw representation of the generation. It’s up to the viewer to decide what they think. At times, the film might show this lifestyle as something appealing and dark and depressing at others.

CF: We do want to have a critical eye, but we don’t want to draw conclusions or make judgements. We’re critical in the sense of wanting to go beneath a superficial image of what we’re looking at. So we’re not just looking at hedonism, but examining what it is that drives people to escape from their seemingly perfect lives. We’re trying to make interesting observations and give the viewer a new understanding of this generation.

CT: Where have you been filming?

NA: We’ve filmed at festivals in Belgium, Holland, Germany and Poland. But people from all over Europe come to these events so we’ve spoken to a huge range of people.

CT: How easy has it been to find people willing to take time to talk to you at these festivals?

CF: People have been very interested in our project. We’ve been surprised by just how willing people are to talk about their very personal experiences and emotions.

CT: Are you interviewing any DJs and producers as well as festivalgoers?

CF: Yes! It’s very valuable for us to see what these artists make of their fans and what they see the role of electronic music as being the in the lives of younger people. The festival goers we interview very much embody the things we’re observing, but the musicians and producers provide a context and link the themes in new ways. So far we’ve interviewed some really influential artists like Damian Lazarus, Gabriel Ananda and Kolsch, and we have a few more big names lined-up.

CT: How do you hope to expand your project in the near future?

CF: What we’re doing right now is trying to gather as much material as possible to show people that there is a bigger story to be told than we currently have the resources for. We’d love for this to grow into a global project and eventually produce a feature length film.

CT: When will the first instalment of Generation E be available to viewers?

CF: We’re hoping to upload it by mid-September. All the videos will be available on our Vimeo page and will be free to watch.