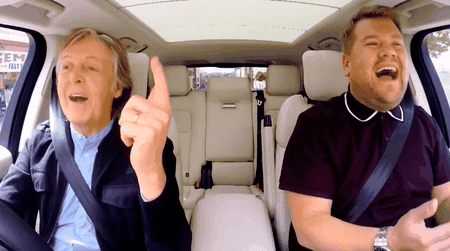 The Late Late Show host James Corden aired his latest edition of Carpool Karaoke today, as Beatles singer-songwriter Paul McCartney took us all on a tour of his home city of Liverpool.

US talk show The Late Late Show with James Corden came to London this week – following one million ticket applications from Brits dying to see the show live – and concluded with a special Carpool Karaoke that saw Paul McCartney show James Corden around his old Liverpool haunts, some of which he visited for the first time since the 1960s.

Corden, evidently taken aback by meeting one of his idols, is taken on a whistle-stop magical mystery tour by McCartney, who leads rousing renditions of Beatles classics like ‘Let It Be’, ‘Blackbird’ and, of course, ‘Drive My Car’.

The first point of call, Penny Lane, sees McCartney pointing out various landmarks, including St Barnabas Church, where he first joined the school choir, the roundabout where the ‘pretty nurse is selling poppies from a tray’ and the barbershop (Tony Slavin). 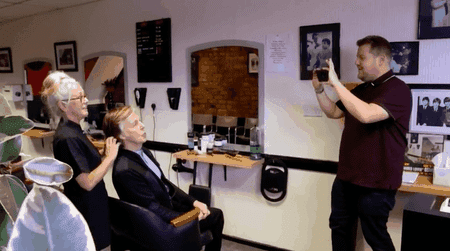 To the barber’s surprise, McCartney strolls into the shop to have a look around and even get a quick selfie! “The last time I walked around here, nobody was noticing me at all!” exclaimed McCartney.

The pair also stop off at McCartney’s childhood home (20 Forthlin Road, now owned by the National Trust), where the Beatles star jokes about having to use a disguise to leave the house at the peak of his fame – only for a large crowd to have already assembled outside the house within just four minutes of them being inside. 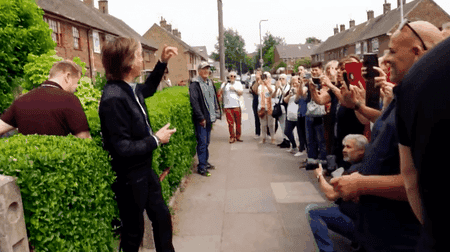 McCartney admits it’s the first time he’s been back since he moved house around the age of 18, before telling tales of how he and John Lennon wrote the big hit ‘She Loves You’ in their back room and playing it to his dad for the first time.

For the final hurrah of McCartney and Corden’s tour of Liverpool, they head towards the Georgian Quarter for a surprise show at the Philharmonic Dining Rooms, or “the Phil” to the locals. This area and pub, in particular, hold a special place in Beatles history as it was where McCartney, Lennon and co. used to drink and cut their teeth as a live outfit between 1961–1963. 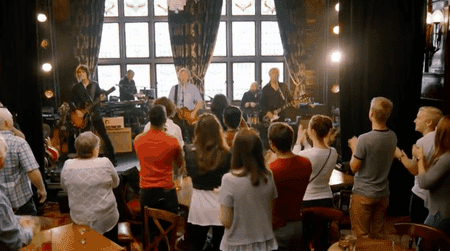 This famous Beatles drinking spot soon turned into a night that the handful of fans (which soon turned into 80 or so) enjoying a quiet drink would never forget, culminating in Corden joining in with the customary rendition of ‘Hey Jude’.

You can watch Paul McCartney’s Carpool Karaoke below: