Top 10 Psychological Thrillers Of All Time 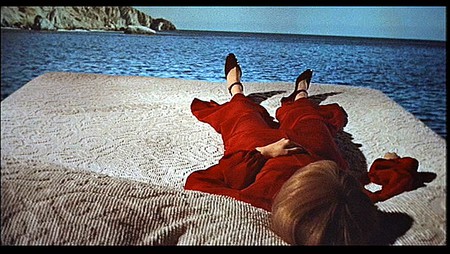 ‘What is reality?’ These films not only warp the sense of the rational, but intrinsically question our own fragility. These films reflect the apparent ease that deception and denial can play on the mind, to change the view of the world we thought we had such a good grasp on. So, wrap up in the tension, get ready for a journey and watch out for that twist… because it’s coming!

Memento is a truly wonderful film in its lack of clarity. This was the first outing of Christopher Nolan as director back in 2000 and what a film he produced. We as the audience become invested as we try to make sense of the sequence of scenes. We take part in trying to uncover the story of Leonard (Guy Pearce), whilst Leonard himself tries to uncover the murderer of his wife. He attempts to combat a rare disease which instils short term memory loss by leaving photographs and tattoos on his body of clues, numbers and names for him to discover and uncover. He has to work backwards to unveil what he needs to find, the truth. This film also poses the questions: who can we trust and how can we trust as people? When people take advantage of Leonard’s situation, it is his sense of reality that becomes diluted.

If you are to watch only one film on this list, this is it — it truly is the seminal psychological thriller. Based on the book of the same name by Stephen King, director Stanley Kubrick makes the story of The Shining his own. Known for his perfection of the ‘shot’, Kubrick re-writes large swathes of the book, pushing these actors physically to the very edge of their own sanity. What ensues is a seminal piece of work, by one of the greatest directors. The abhorrent nature and mystery of the Overlook Hotel plays upon the susceptible mind of Jack Torrence (Jack Nicholson). Isolation warps his mind to the point that he questions what and who is reality. This film strikes fear in all audiences as the family unit is turned upside down. Parents are supposed to be nurturers for their children but what happens if they are warped into murderers? Where can their safety lie, if not in the ones who nurture?

This neo-noir stylised film directed by David Fincher is a psychological thriller of the most disturbing kind. Filmed back in 1995, starring Brad Pitt as Detective David Mills and Morgan Freeman as Detective William Somerset, it is a detective story of the seven deadly sins. Somebody has been killing people in grotesque circumstances and the two detectives need to work together to find this man, before he completes all the sins. A great piece of cinema which portrays the morose nature of working in the police force, Seven is not only a detective story but also holds a mirror to feelings of loneliness, depression and anxiety that we all feel with the constrains of a pressurised job. The physical acts of the serial killer play a greater role in Detective Mills own mind, to the point of the last act that insidiously breaks him.

Healthy marriage: check. New flat: check. Baby on the way: check. Bliss, right? Wrong. Oh so wrong. The most successful of Roman Polanski’s Apartment Trilogy, Rosemary’s Baby was released in 1968 and was truly horrifying to audiences of its time. Moving to a new apartment with her new husband, Rosemary is experiencing life afresh. She wants to start a family of her own and wholly relies on her husband for safety and protection at her most susceptible. However, the surrounding neighbours seem to have a peculiar interest in her and the baby on the way… Brilliantly filmed in the cloying apartment, Rosemary’s Baby leaves audiences feeling claustrophobic just watching her trying to escape. She has no one to turn to and is trapped in the constraints of the social perceptions of marriage.

On a list of the best psychological thrillers, Alfred Hitchcock has to feature. There are many wonderful films that could factor from the ‘Master of Suspense’ and what better than the shocking Psycho. First appearing on screens in 1960, this film is famous for the twist. The special ending captivates an audience as it reveals what the characters have learnt. The twist was so good that Hitchcock bought the rights to the book, and the books that were in circulation, so he could keep the ending a surprise. A Phoenix secretary is on the run after stealing $40,000, so she decides to stop at a remote motel where a young man is in charge. Or is the mother in charge? Starring Anthony Perkins and Janet Leigh it has been regularly deemed the forerunner to modern day psychological thrillers.

This British piece of cinema has slipped under the radar, but it is more than worthy of being on this list. Released in 2004, it stars Paddy Considine as a soldier returning to his home town in Derbyshire, where he confronts the town thugs who have been tormenting his disabled brother (Toby Kebbell). Director Shane Meadows, who released the enthralling This is England series, wanted to create a film which highlighted the depravity of England’s northern towns and question the ‘hero’s’ intentions. Citing Paddy Considine as a writer of this film, the artistic influence he brings to his role is a stroke of genius. There is such a build of pressurised anger that by the end of the film the lid he has kept on it has truly been obliterated. With a soundtrack from Aphex Twin and a ‘back to basics’ sense of filming, with no external lights, big cast or crew, this film becomes horrifying in its reality, showing how anger and loss can delude the mind.

Another piece of British cinema which has fallen under the radar: Moon, released in 2009, starring Sam Rockwell and Kevin Spacey as Kit the robot really pushes the boundaries of reality. Do we accept what we come to accept because the mind tells us to? Sam Bell is a renewable energy worker on the moon. A warning to fix a harvester machine alerts him and upon finding the machine he encounters a problem that he was not expecting to find. This film deals with an inherent fear in all of us, loneliness. A man by himself is pushed to the very limits of what a human can endure, a nervous tension building with only two weeks left until returning home. This film is an incredible piece of cinema, combining the atmospheric space of an alien land with a soundtrack that more than matches the bill. It leaves you empathising and creating a deep bond with the man stuck on the moon.

Silence of the Lambs

Anthony Hopkins stars as Hannibal Lecter, a brilliant psychiatrist who also is a committed cannibalistic serial killer. U.S. Marshal Clarice Starling (Jodie Foster) has to use his mind to find and detain a known killer ‘Buffalo Bill’, who skins his victims. Anthony Hopkins takes the starring role of this film and uses an animalistic approach to his character Hannibal Lecter. In an interview with BBC Radio 4, Hopkins states that Dr. Lecter is based on a crocodile. He calculates his prey, watching without blinking, then striking with quick and decisive force. This is one of the greatest performances in film history. The psychological threat he holds over every individual makes him a more developed killer, the fact that he eats his prey makes him the top of the food chain. This is what makes him so frightening, we are his prey. In turn, this film makes the list as it deals not with the tortured and weak soul of a person, but one that can wreak havoc on the mind and on the body.

Filmed in 2004, this harrowing piece of cinema starring Christian Bale shows us once again the damage and torture that the mind can play on the body. In this case the wretched nature of the mind leaves Bale looking skeletal. Allegedly surviving on lettuce and chewing gum for months, method actor Bale leaves his body a hollowed wreck. This is the story of a man who has not slept for a whole year, a story where sleep deprivation makes him question his own interpretation of the world. This compelling and disturbing film is driven by Bale and his phenomenal acting. Watch out for the shocking twist as he puts the pieces back together in his broken and shattered mind.

This big Hollywood blockbuster released in 2014 has to be added to the list. The second entry from director David Fincher, Gone Girl questions the social perceptions that we project of maintaining balance and sanity. Inspired by the fantastic book of the same name, Gone Girl is the story of Nick and Amy Dunne. Seemingly in a happy, healthy marriage, Nick Dunne (Ben Affleck) is faced with complete loss when his wife (Rosamund Pike) goes missing in strange circumstances. We join Ben’s life and Amy’s diary entries to dislodge the information about what happened until the stream comes loose like an unblocked dam. A fantastic, but equally disturbing, film, we are led to question Nick’s sanity by the end.