From philosophy of mind to language, from logic to feminism, get to know some of the world’s brightest intellects.

There is a popular misconception that philosophy has been dead since the glorious golden age of Plato and Aristotle, or, at the very least, Kant and Hegel. However, this glorious intellectual enterprise is today alive and kicking and produces output admirable for its sharpness, profundity, and richness. From fields as obscure as modal epistemology, to more common ones such as feminism and ethics, here are 10 leaders of today’s best achievements of the human mind. 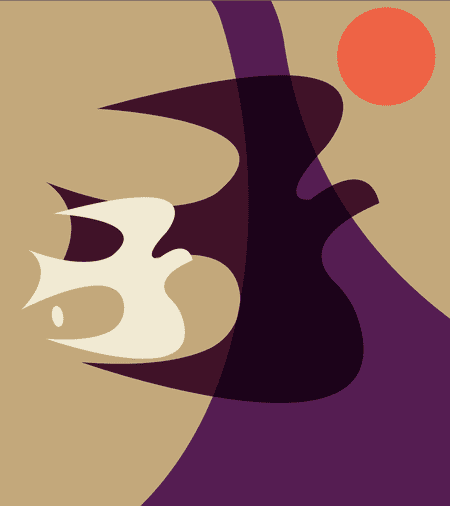 In a field severely dominated by men, even more so than hardcore sciences, Martha Nussbaum compensates for this in two ways. Originally hailing from New York, she is now a professor at the University of Chicago, she is a passionate and fervent advocate of women’s rights and her views on feminism are elaborate, bold, and always fruitfully controversial. Her open confrontation with another feminist philosopher of a different school of thought, Judith Butler, in the later 90s made history and, in the end, promoted the feminist cause to new heights. Moreover, the sheer volume of her output makes her one of the most laborious and productive philosophers in ethics and political science, with significant work on animal rights, emotions, and gay rights.

West is a heavy hitter in social philosophy, having pioneered the school of “neopragmatism” with a focus on the condition of race and class in America. West was the first African-American to receive a Ph.D. in philosophy from Princeton University in 1980. West has penned some massively influential texts, including Race Matters (1994), in which he uses moral authority to address race and social issues, as well the socio-political text Democracy Matters (2004). West is also among the most public living philosophers appearing on several talk shows, including CNN and the Colbert Show, and has even been parodied on Saturday Night Live. He is currently a Professor of Philosophy and Christian Practice at the Union Theological Seminary in New York City. 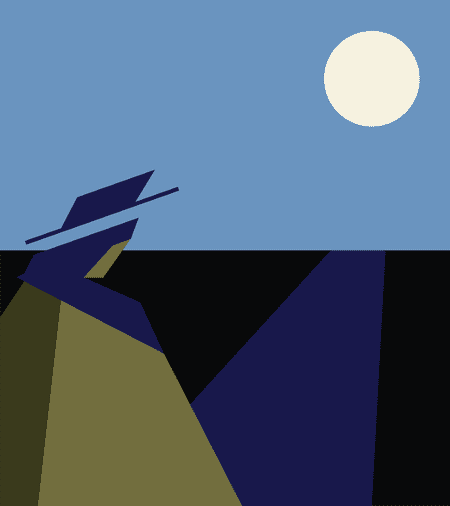 Known for his idiosyncratic approach to psychoanalytic philosophy and cultural criticism, Žižek’s doesn’t spare either the political right or the liberal left in his anti-capitalist and neo-liberal criticism. Žižek’s career has mostly focused on developing a school of thought based on authentic experiences, what he calls “The Real”, and his work infamously bounces from from the high-brow masterpiece The Sublime Object of Ideology (1989) to the low-brow antithetical work The Pervert’s Guide to Ideology (2012). Because of his willingness to explore low-cultural tropes, and bring them into philosophic discourse, he has achieved wide cultural acclaim. Žižek has cited as a “a celebrity philosopher,” the “Elvis of Cultural Theory” and “the most dangerous philosopher in the West.” He teaches at New York University.

Arguably the most influential contemporary philosopher to hail from the Indian subcontinent, Spivak has spent her career turning post-colonial theory on its head. With her influential critique “Can the Subaltern Speak?” she ushered in the concept of the subaltern, the study of populations who live below normal social and hegemonic power structures. She is also renowned for her translation of Jacques Derrida’s De la grammatologie, a text that laid the foundations for Deconstructionism, in which she contributed an impactful introduction. She is the recipient of the Kyoto Prize in Arts and Philosophy and India’s Padma Bhushan for her contributions to literary and cultural theory. Spivak is a founding member of the Institute for Comparative Literature and Society at Columbia University, where she teaches. 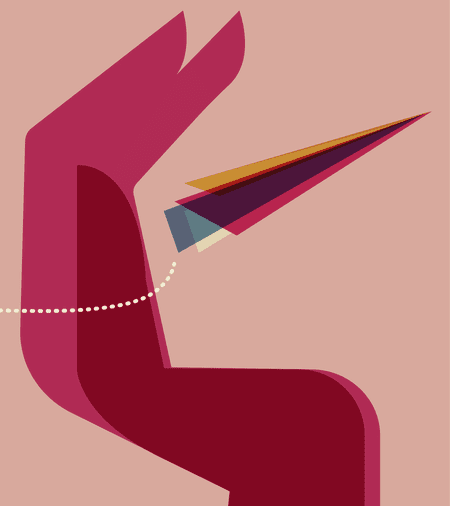 Butler has had a seminal impact on feminism and gender philosophy since the publication of her treatises Gender Trouble: Feminism and the Subversion of Identity and Bodies That Matter: On the Discursive Limits of Sex. She is widely credited for developing a theory based around the social construction of gender. Her work is influenced by philosopher Michel Foucault, to which she has cited in her arguments that the language of gender has been pushed to necessity from the desire of powers to censor any deviation from heterosexuality. Along with being a voice for LGBTQ issues, Butler, who is Jewish, has been a vocal critic of Israeli politics, a stance that led to certain Israeli leaders to protest her selection for the Theodor Adorno Prize, an award given for outstanding achievements in philosophy.

Chinese philosopher Gu Su has had the precarious position of introducing liberal philosophies into Chinese culture. Having been the recipient of both a Eastern and Western education (Nanjing and Duke), he published the massively influential Essential Ideas of Liberalism which has been published in both Taiwan and mainland China, in which he argued for the benefits of liberal policies within the Chinese political system. In 2010, he worked with fellow Chinese philosopher Yu Keping on the anthology: Democratization: The Chinese Model and Course of Political Development. Gu Su is member of editorial Board of the journal NanoEthics and currently a Senior Fellow at the Institute for the Advanced Study of Social Sciences at Fudan University. 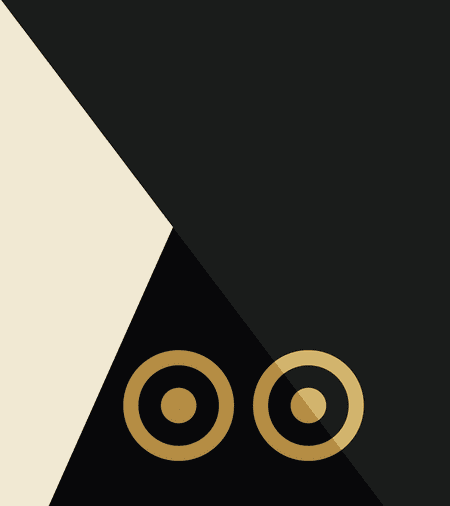 Another major philosopher working from the U.S., Thomas Nagel was however born in Belgrade, Yugoslavia (now Serbia). He currently teaches philosophy and law at New York University, his intellectual home that he has not abandoned since 1980. His influential essay ‘What is it like to be a bat?’ opened new ways in which philosophers see the human mind, attacking what is often called reductionism – the claim that mental states are, in one way or another, just brain, physical states. Nagel has been a prominent public intellectual too, however, his most notable work being another essay, ‘War and Massacre’, which launched a harsh critique on American war policies in Vietnam, in the early 70s.

McDowell to the rare but honorable tradition of anti-philosophers, dating back at least to its chief originator, Ludwig Wittgenstein. This line of philosophers do not really seek solutions to philosophical problems but dissolutions; that is, they deny that the problems are indeed problems in the first place. Born in South Africa, and now a professor at the University of Pittsburgh, John McDowell has exhibited extraordinary philosophical repertoire, his theories stemming from Kant to Wittgenstein and from Hegel to Sellars. In tandem with his anti-philosophy also goes some degree of pragmatism, roughly the view that what really matters about theories that explain reality is not their truth but the fact that they actually work. 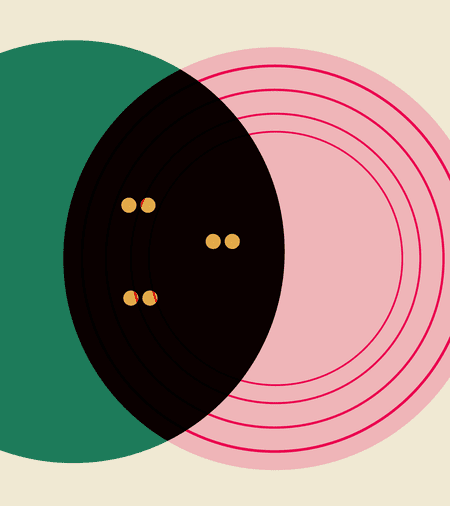 Another multitasker of a philosopher, Saul Kripke is an American philosopher, currently emeritus professor at Princeton University, who has spread his wings across philosophy of language, logic, philosophy of mathematics, metaphysics, and epistemology. Listed in the top ten of the most influential philosophers of the past 200 years in a recent poll, this titan made it to fame with his book “Naming and Necessity”, where he argues that certain true statements are necessarily so, that is they cannot be conceived to be false, although they cannot be discovered just by armchair reasoning, like mathematics. They need empirical discovery. His quirky reading of L. Wittgenstein has come to be known in philosophical argot by the portmanteau ‘Kripkestein’.

Another example of an ‘unorthodox’ philosopher, Chalmers too belongs to the New York University crew of star philosophers, but also teaches at the Australian National University. Advertised by the press as one of the best books of the year of its publication, The Conscious Mind is his magnum opus, where he revives the long dead worldview of dualism, going as far back as Rene Descartes and the 16th century. Dubbing it ‘naturalistic dualism’, his philosophy argues to the effect that the properties of the mind are of a significantly different kind of the properties of the rest of the physical world.