Top 10 Films Of The Last Century 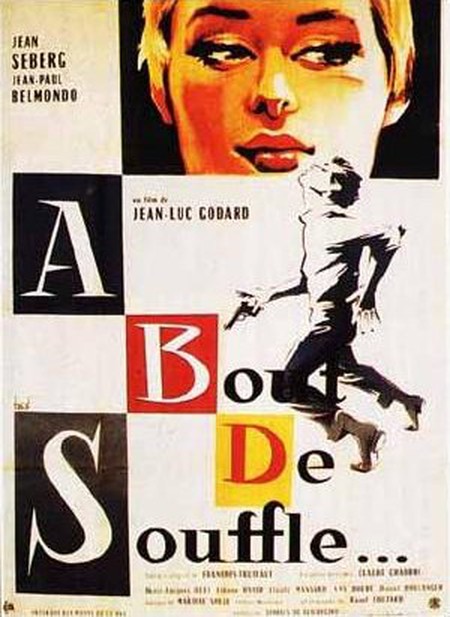 The last century has produced some of the greatest and most influential motion picture films of all time. From Kieslowski to Godard, greyscale to colour, theatre to contemporary animation, and documentary to the wildest fiction; this list gives you a taste of some of the most important, unforgettable and iconic masterpieces of cinema.

Although a motion picture (1990), this very first adaptation of Mary Shelley’s novel, written near to a hundred years prior, is only 16 minutes long. It is an openly theatrical and antiquated silent black and white film, which was shot in a short three days, and includes some of the most influential portrayals of what the monster (as well as the story) would have looked like at a time when adaptations were unheard of and unimaginable; thereby setting the precedent for further developments.

Dziga Vertov’s innovative, influential and experimental creation (1929) is highly important in cinematic history, not only because of its avant-garde conceptual nature, but also for its intricate and revolutionary camera work; including the invention, or use of, some of the first cinematic techniques such as fast and slow motion, freeze frames, close ups and double exposures. It is a mesmerising mixture of experimental cinema and is one of the first motion pictures to have no plot, structure or actors, making it an intriguing watch.

Set in the Irish Aran Islands, Robert J. Flaherty’s Man of Aran (1934) is said to be one of the first documentary films ever made. Using the technique of poetic realism and although its realistic depiction of life on the islands is actually fictional, it does give a sense of what life would have been like in such a unique and remote location; with the continuity of its primitive aspects through the lack of interaction with the outside world. Epic shots of black and white tumultuous seascapes, evoking Turner-esque scenes and untouched landscapes engulf the screen, making this film extremely captivating and educational.

Undeniably important, this film (1940) was written, produced and directed by Charlie Chaplin, who also plays the main protagonist: a European dictator. It is a political and satirical response to the fascism of the 30s and 40s as well as representative of post-war American thought and culture. It is at once inspirational, humorous and courageous; a valuable document of its time, and includes one of the most well-known speeches in film history.

Starring the dreamy and timeless Marlon Brando in a debut role, as well as heart-throb Vivian Leigh, this remake (1951) of Tennessee William’s play became one of the most iconic examples of film noir of all time. With outrageously human, complex and colorful characters, as well as its theatricality of black and white and its magnificent manipulation of light and shadow, this film transports us into the sensual, dark, dramatic and intoxicating world of working class New Orleans of the time.

A film by Jean Luc-Godard (1960), the master and creator of French New Wave cinema, À bout de souffle (in its original French) is, as the name suggests, one of the most exciting, romantic and exhilarating films. With a phenomenal script — ‘What is your greatest ambition in life?’ – ‘To become immortal… and then die.’ — full of witticisms and memorable anecdotes, it is at once moving and nostalgic. It is an honest and satirical must-see not only because it is beautifully filmed with its direct close-up, intimate shots and fast moving action scenes, but also because it represents the great tradition of French cinematic thought.

This iconic Terrence Malik film (1973), set in the 50s in a small forgotten town in South Dakota, encompasses the best of American cinema, with its irresistibly charming hillbilly main character played by Martin Sheen, its deeply moving scenes, and the innocent and sincere playfulness between juxtaposing themes like freedom and criminality, or the good and bad aspects of human nature. Narrated throughout by Sissy Spacek playing Holly Sargis, a naïve country girl who falls in love with James Dean look-alike Kit Carruthers (Sheen), this unmissable film which, in all American fashion, romanticises both crime and danger, also succeeds in casting a character-driven spell on its audience with all its wholesome simplicity and candour.

Brian De Palma’s box office success of the 80s is a classic American mob film set in Miami, which tells the story of a Cuban refugee called Tony Montana (played by Al Pacino) who after arriving in America with nothing creates a drug-fuelled empire. Part of America’s gangster film history, Scarface (1983) was at first greeted with mixed reactions, because of its highly violent and graphic content. Since then however, it has been praised by well-known screenplay writers and includes some of the most famous and continuously referenced scripts, including the classic: ‘Say hello to my little friend!’

These three films, two primarily in French and one in Polish, were made almost consecutively in the 90s by renowned Polish director Krzysztof Kieślowski and are based on the three colours of the French flag: blue, white and red, as well as representing the famous French motto: Liberté, égalité, fraternité. They are experimental but archaic films with powerful soundtracks and loose intertwining plots as well as background stories which connect all three films. The films acquire similarities to the routine of ordinary life and so possess a perfectly flowing sincerity and simplicity. They are the type of film which only get better each time they are revisited and which encourage their audience to absorb different details every time.

Persepolis is an autobiographical European-American-Iranian animated film (2007) based on Marjane Sarrapi’s experiences of growing up during the Iranian revolution of the late 70s. It narrates the story of her coming of age and discusses, through the innocent eyes of a young girl, complex political, social, cultural and religious issues, not only in Iran, but also throughout the world. At times we are exposed to the reality of her desperate situation; the isolation of living abroad and away from the conflict of her native Iran, as well as the prejudice perspectives of the western world which she is subjected to, but we are also witness to much more humanising and ordinary aspects of a young girl’s life, like humourous pubescent bodily changes, or first love. Originally based on a comic, the images possess a hand-drawn quality, which is exquisitely feminine, floral and flowing, which adds powerful movement and also makes it possible to portray very gestural facial features; which encourage the viewer to deeply empathise with the main characters.