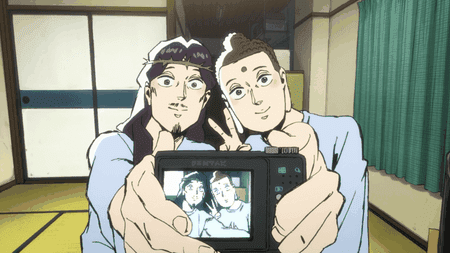 In 2017, lack of religious tolerance is something that dominates the news and clogs up social media, often making for depressing headlines and grim reading. Opportunities for reasoned dialogue or egalitarian debate feel like they’re thin on the ground. Amid this harsh cultural climate comes the ideal remedy from the unlikeliest of places.

It sounds like the opening line of a well-worn joke (or the topic of intense theological debate): what would happen if Jesus and Buddha shared an apartment together? That’s the conceit behind Saint Oniisan (Saint Young Men), a manga created by Hikaru Nakamura.

The spiritualist sitcom sees the iconic deities taking some well-deserved time off during a vacation in Japan, sharing a room together at modest digs in suburban Tokyo. While they make the most of their time off, they go to an amusement park, check out the local supermarket, visit an onsen, and take pictures of the cherry blossoms. 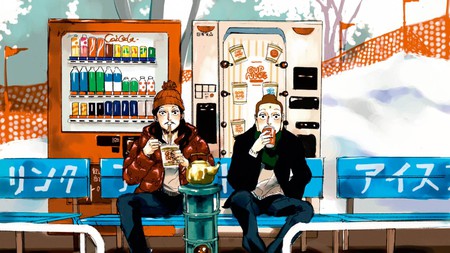 Saint Oniisan belongs firmly to the “Slice Of Life” genre in contemporary manga—everyday stories that work as analogies for the human condition or situations in which the characters have life-changing epiphanies, often in the most mundane of circumstances.

There are plenty of laugh-out-loud moments to be had in Saint Oniisan: Jesus goes to a local convenience store only to be mistaken for Johnny Depp by giggling high school girls. Buddha’s zen-like calm on a hectic rollercoaster earns awe and admiration from punters at a theme park. The founder of Christianity accidentally turns the water at a swimming pool into wine, and the Buddhist figurehead has to shoo away hordes of cute animals who insist on resting on him while he tries to get some kip.

In the hands of Western animators, such a subject could easily have been treated as a heavy-handed critique of organized religion or handled as a gaudy, OTT satire. In Nakamura’s hands, it’s a gentle and affectionate look at the nature of faith, centered around a pair of likable protagonists who seem, if anything, entirely human. Jesus and Buddha are depicted as being just as well-intentioned and confused as the rest of us. Despite all their experiences and know-how, they still struggle to make sense of their place in the world. 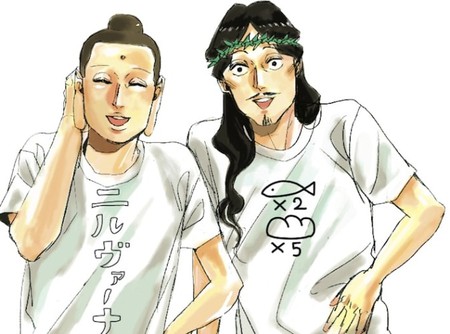 The relationship between the two is platonic but warm—both accommodate the other’s religious proclivities, offering moral support when their counterpart is in need. Neither of them grandstands according to their beliefs, nor do they claim that their theology is the one true religion. Crucially, they are friendly and courteous towards others and never judge the mortals they encounter (not even yakuza or delinquent street kids). The people they do the most to nurture virtue in is themselves. What fine role models they are.

The original manga was released in 2006 but has been made contemporaneous thanks to an anime adaptation which started in 2013, with two Original Video Animations (OVAs) followed by a feature-length movie which was a hit at the box office. The latter follows the source material note-for-note, even down to the sketchbook-style artwork.

Interestingly, in the present day, Japan’s faith seems to be on the wane, where temples and shrines outside of the big cities face an uphill battle to stay open in the face of declining business. Participation in religious festivals and activities is becoming more and more customary. Nakamura’s work, however, is not some irreverent means of trivializing (and thereby marginalizing) religious beliefs. If anything, one gets the sense that she is not passing judgment either way—it’s not for her to say whether Jesus and Buddha’s belief structures are flawed. They simply are, and the ways in which the script brilliantly references their respective biographies shows Nakamura’s respect for her source material. Witness this fantastic scene, in which Jesus and a gangster converse in a sauna and discover they have more in common than either of them realized.

The success of Saint Oniisan (with at least 10 million copies sold) means that it has a live action version currently in production. It will be interesting to see how the manga’s tone carries over into live action, not to mention what audiences will make of it.

Saint Oniisan is one the most heartwarming and important manga of recent years. It reminds us how pressing it is to have art that reminds us of the need for peaceful co-existence, looking past dogma, and abandoning our prejudices in favor of something more joyful and light-hearted. If Jesus and Buddha can get along, why can’t the rest of us?