This Chic Plant-Based Water System Could Change the World

A new plant-based water filtration system from up-and-coming designer Pratik Ghosh purifies waste water and can enhance the air in your home. But there’s something bigger at play that goes beyond the living room: the design also addresses a massive global issue that can no longer be ignored. 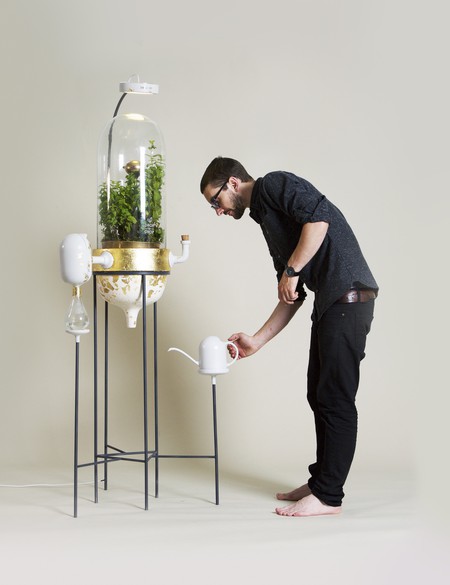 Air purification, going green, and self-sustainability is on everyone’s minds lately. But what about the water we consume? What ‘green’ alternative is there to purify our drinking water? Designer Pratik Ghosh, a recent graduate of London’s Royal College of Art, created ‘Drop by Drop’, a new system that filters contaminants from water using plants.

Drop by Drop can filter out “nitrates, chlorine, pesticides, heavy metals and even bacteria,” says Ghosh. The concept, he says, was modeled from the Amazon rainforest and functions like a miniature biosphere where “warmth, wind, light, pressure and humidity are maintained at an optimum level” and can yield up to 200 ml of water in 12 hours.

Herbs, such as mint, are the best plants to use with the system because they not only flourish in indoor environments, but also give the water a pleasant scent. “The idea is to use plants that are perennial,” he tells Culture Trip. “If the user is unavailable to water the plants, one can plug the air vents. This leads to a self sustained biosphere within which old plants die and become soil for the new plants.

There are enough bacteria and insects which provide the CO2 for the plants and the plants produce O2 for them. This phenomenon reinstates the fact that nature doesn’t need us, unless we take from it.”

The chic, industrial design becomes a “living breathing entity which sits in the living room,” but going even deeper, Ghosh believes the filtration system can have an even larger impact on the way we view and consume water. Drop by Drop, he says, has potential to bring about a “mass movement in the way we look at appliances and value systems,” especially if reproduced on a larger, grander scale. 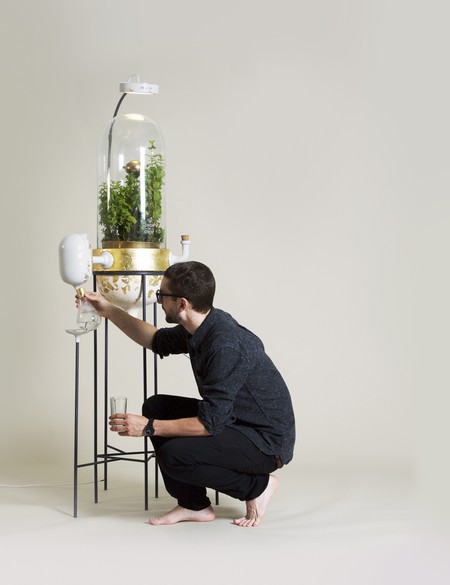 Drop by Drop is chic, it’s cool, but even better; on a larger scale, it can help with the global water crisis, transforming waste water into drinking water for millions of people in underdeveloped countries.

The concept, if scaled up, would use larger plants and trees that need more water and can also be grown in a contained environment, like banana trees. A larger system should be able to produce massive amounts of water, enough to sustain large communities. “Several other scales can be explored and implemented, thereby paving the way for research and design to delve into more sustainable solutions and solve some of the most burning problems of our times,” he says.

Inspired by “myths associated with water, the politics behind it and most importantly the science behind it,” Ghosh decided to embark on the sustainable project. “The subject of water is massive and to identify points of intervention was the most challenging task,” he says. “Early on during my research I realized that the problem is not local or limited to developing nations but a worldwide phenomenon. By 2025, London might have to start recycling grey water for drinking. This would require industrial scale chemical treatments which is highly unsustainable.”

Great design enhances human life, or at least it should, and with our own self-sustainability at risk, we need innovative, socially-conscious projects more than ever. According to WaterAid, 663 million people around the world do not have clean drinking water. That’s nearly one in ten people. Our “water problem” is a global epidemic and can perhaps be solved, or at least seriously addressed, through design. 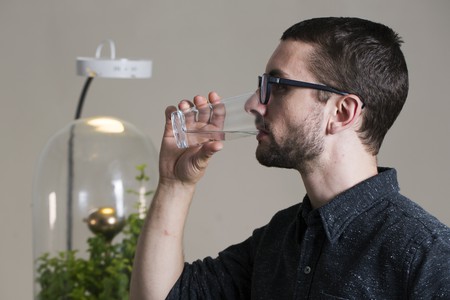