The Weirdest Cocktails You'll Want to Slurp All Summer 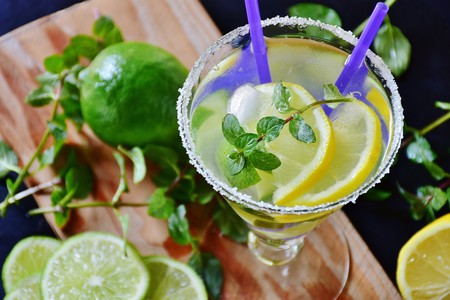 From bacon and egg martinis to turbo G&Ts, we’ve rounded up the best of the weirdest cocktails on offer this summer.

If you’re tired of sipping on the same old martinis, margaritas and Manhattans, you might be thinking it’s time to shake up your drinks game. Don’t do it by a half-measure – go all out with these weird and wonderful cocktails. They may sound a bit ‘bleugh’, but are actually totally delicious.

This breakfast-themed martini is a popular choice at the London Cocktail Club. Made with smoky bacon-infused Jack Daniels, egg white, bitters, maple syrup and lemon juice, it’s more of a whisky sour than a martini, but we’ll forgive them that for its smoky, sweet taste. American-style brunch in boozy liquid form – what’s not to like?

Ryan Chetiyawardana, better known as Mr Lyan, has made a name for himself as one of London’s most innovative mixologists thanks to his quirky ingredients and methods. The Moby Dick Sazerac is made with his own rye, Peychaud’s bitters, ambergris, and absinthe rice. If you thought the absinthe rice was the weird ingredient in that line-up, then think again – the innocent-sounding ‘ambergris’ is actually a by-product of sperm whales’ digestive systems. Apparently, fresh ambergris gives off a ‘marine, fecal odour’, but Mr Lyan swears by the sweeter, earthier, aged version as a cocktail ingredient.

The turbo G&T, which is basically a gin and tonic with coffee in it, was briefly an Instagram sensation last summer due to its original mix of ingredients and high levels of appealing ingredients. Gin? Yes, please. Coffee? Yes, please. Why had nobody thought of combining the two together before now? (That’s a rhetorical question.) Though it sounds like a gross combination, it actually works surprisingly well. Make it by pouring 35ml gin and 10ml cold brew coffee over ice and topping up with tonic.

#tb to just the other weeks coffee tonic. I need something like this right now, something to make a Sunday evening more than cuddling with the cat and watching series. Add some elegance! Soundtrack: Serge Gainsbourg – Couleur Café

Bison vodka is on any cocktail menu worth its salt right now, including that of mixology madhouse The Gibson in London’s Old Street, where each and every cocktail is guaranteed to be as surprising on the eyes as it is on the palate. The Mock Turtle combines Zubrowka Bison Grass Vodka with fresh gherkin juice (among other things) to bring out its uniquely aromatic flavours.

The speakeasy-style Worship Street Whistling Shop is known for its home-made ingredients and experimental flavours, inspired by all sorts of exotic locations. The Cafe No Se is a rum-based drink given a savoury kick with the addition of spiced wood, chipotle, and a load of other ingredients we’ve never heard of, so they must be good.

Had such a great time Gin Tasting at #thewhistlingshop #shoreditch @jaywilliamsjay 🍸

A couple of years ago, unassuming Cambridge cocktail bar Pint Shop put this on their menu. It’s basically a straight-up gin and tonic with the added earthy, fresh flavour of… some peas. We’ve got a hunch it’s probably delicious and want to bring it back for the summer of ‘17.

Maybe one to postpone ordering until December, but brussels sprouts make a surprisingly good cocktail garnish. The recipe for this tipple comes from boozy magicians Smith & Sinclair and is made by creating a cranberry and brussels sprout syrup which is mixed with Gordon’s gin and prosecco. Its centrepiece, though, is the garnish: a handful of sprouts, halved (crosses-in-bottoms optional), and caramelised in a pan with some honey.

Ok – so we wouldn’t necessarily describe this one as being totally scrummy, but it certainly plucks at the old curiosity strings. It’s essentially a shot of Baileys mixed with lime juice, creating a thick sludge that forms a cement-like texture in your mouth. Why anyone would want to ruin a perfectly nice dram of Baileys, we can’t imagine.