The Top Ciders in the West Country 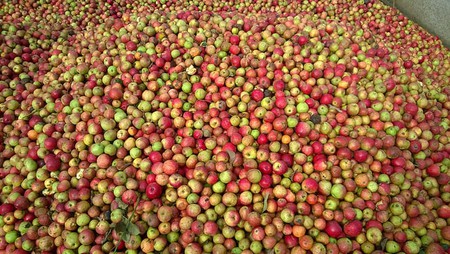 Somerset apples ready to be made in cider. | © Tim Regan / Flickr

The West Country is famous for its ciders and there are many originating from the area to choose from. Here are just a few you need to try, from world-renowned drinks to unique beverages that can only be bought in a single pub.

Exhibition Cider is best known locally, as the only place you can buy it is at The Coronation Tap pub in the Clifton area of Bristol. Its infamous for only being served in half pints, which is rumoured to be because of its lethal strength at 8.4% despite its deceptively sweet taste. This is the upper limit to how strong a cider can be before it is classed as apple wine. There is even a challenge, known popularly as ’10 before 10′, where people try to drink ten half pints before 10pm – however, the high alcohol percentage of the drink makes this challenge inadvisable to say the least.

This next cider, while just as strong as Exhibition at 8.4%, could not taste more different. Old Bristolian is made for The Apple, a ciderhouse located on a converted barge in Bristol’s floating harbour. Old Bristolian is a still cider with a highly unique taste which is very divisive – people either love it or hate it, with descriptions varying from funky, raw, complex, and even sweaty.

The Stable is a chain of bars largely located in towns across the West Country, but what sets this establishment apart from other chains is their exceptional cider tastings. Due to the huge variety of ciders they have available, a tasting board will consist of a range of five ciders served as a third of a pint. Whilst many of their ciders regularly change, every tasting board includes a glass of Rapscallion. Made by Cornish Orchards Cider, this English-style dry cider is produced exclusively for the Stable. The flavour lives up to its name, with its mischievously astringent yet smooth taste. 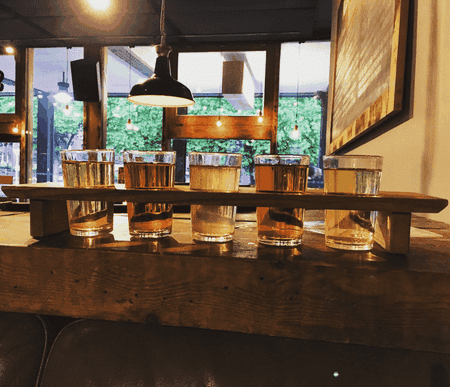 Orchard Pig is another very well-known cider producer that originated in the West Country. Orchard Pig was set up in 2004 using apples from the West Bradley Orchards in Somerset, which have been used to produce Somerset cider as far back as the 1850s. Perhaps the most recognised Orchard Pig ciders are the Reveller, a gently sparkling cider with hints of lime, and the Explorer, which is a still cider with a bittersweet taste. However, Orchard Pig also make less traditional ciders such as their Ginger and Chilli cider, which blends their West Country apples with more unexpected flavours for a truly exciting and refreshing drink.

A list of top West Country ciders would not be complete without a mention of Thatchers ciders. The globally recognised cider producers have been a family-run company for four generations and they now produce a whole range of ciders, but perhaps the most well-known are the clear, dry Thatchers Gold and the sweet, cloudy Thatchers Haze. Thatchers cider is doubtlessly a favourite across the UK, and in the West Country you would be hard pressed to find a pub which does not stock it.

Perhaps a less well-known brewery, Pilton is also based in Somerset and has some truly innovative ciders on offer. Their Tamoshanta cider is placed in Scotch whisky barrels when it is young to ferment and mature, giving the cider a uniquely smoky flavour with tastes of vanilla and oak. Pilton also produce two dessert ciders called Fire and Ice. Fire is ‘pryo-concentrated’ by being boiled on a bonfire, and is then aged in barrels to give it a rich, roasted flavour. On the other hand, Ice is ‘cryo-concentrated’. The young cider is frozen, left throughout winter, and then carefully thawed in January so the rich juice is extracted but the water remains frozen. The juice is then fermented for a further nine months and the result is an intensely sweet but clean tasting cider. 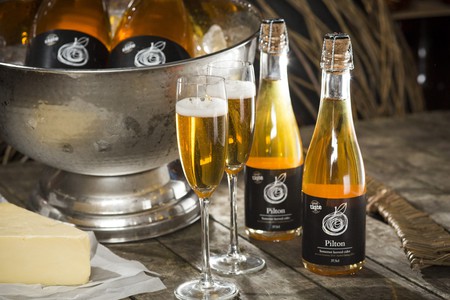 Perry’s is a small, Somerset-based family cider producer which has used the same process since the 1950s. They produce a range of ciders, including some single variety ciders, which are ciders made using apples from just one orchard. For example, their Somerset Redstreak cider is made from apples exclusively from their Knowle St Giles Orchard. Perry’s pride themselves on the pure simplicity of their process, using the best fresh apples and wild yeasts, and brewing their cider in small batches to let the flavour shine.