Whitby Beach, Yorkshire | © Schumi555/WikiCommons
Inject your seaside trip with a shot of adventure this summer and start exploring the veritable treasure trove that is the British coast. From fossils and dinosaur footprints to ancient coins and jewellery, every beach has a fascinating story to tell and treasures to be found. So swap the bucket and spade for a trowel and metal detector and start your search with our guide to Britain’s best spots for beachcombing.

If you don’t mind a bit of mud on your seaside visit, Herne Bay could be a good option. In any case, if you’re serious about making your beachcombing endeavours fruitful, you should get used to muddy conditions, which are normally good for fossil finding. Previous finds here have ranged from shark teeth fossils (these are virtually guaranteed), Victorian coins, and even a possible pair of mammoth tusks, as found by a fisherman in 2013, examples of which are on display in the Herne Bay Museum. 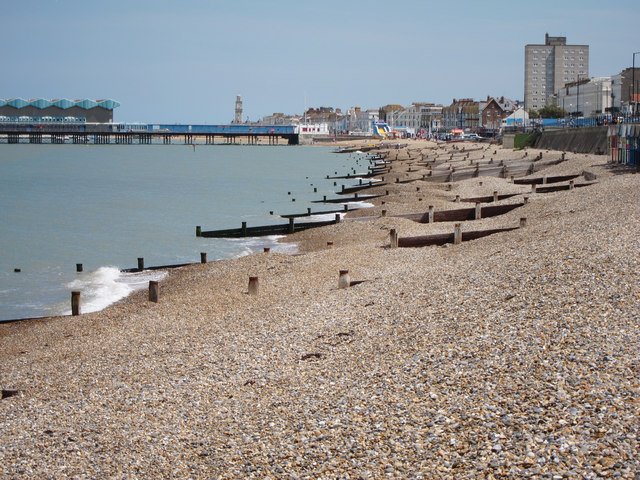 Whitby is renowned for its jet – a black minor gemstone that is the geological precursor to coal. Formed by the pressurised decomposition of wood, Whitby’s jet comes from the Early Jurassic age, making it up to 182 million years old. WWII shrapnel has also been found on these North Yorkshire bays, the cliffs and rocks of which are riddled with dinosaur footprints. When you’re finished combing, take an amble around Whitby’s quaint streets, where you’ll find plenty of jet jewellery on offer. 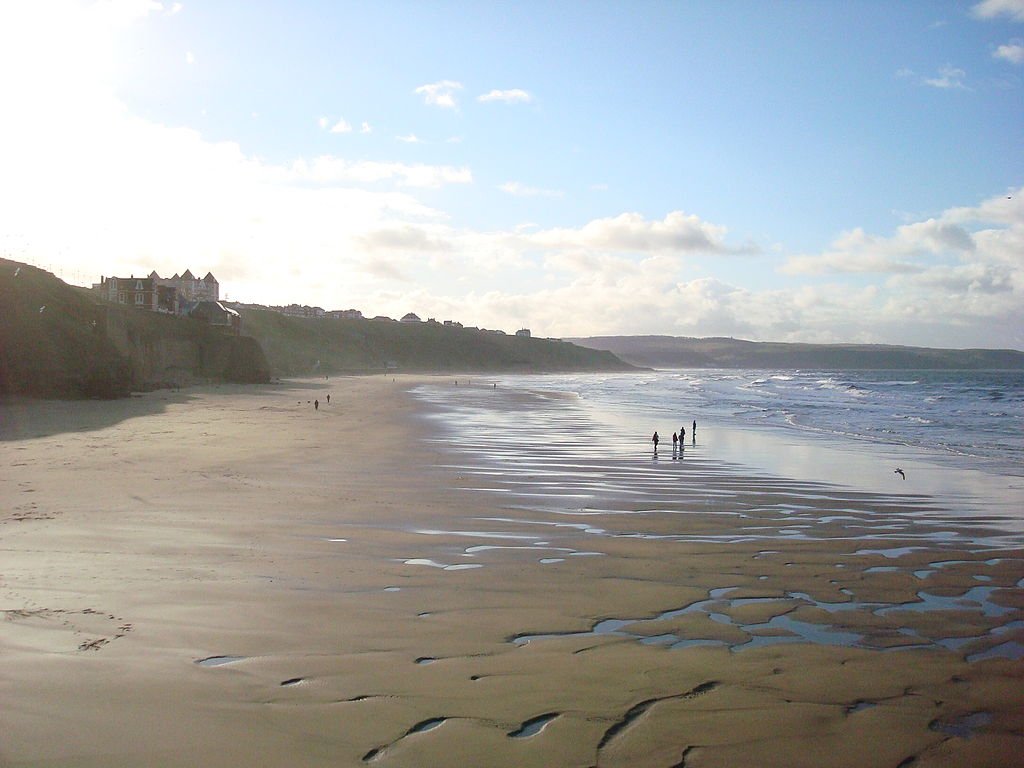 Natural Feature
© Richard Barnes / Alamy Stock Photo
The name really does say it all with this one. This 95-mile stretch of coast along the English Channel is a designated World Heritage Site and is covered in fossils. The famous fossil collector and palaeontologist Mary Anning lived here in the first half of the 19th century; the fossils she discovered leading to major changes in our understanding of Earth’s history and prehistoric life. Besides many important fish fossils, Anning found complete skeletons of a range of sea beasts along the coast, including two Plesiosaur skeletons (the giant creature that some are adamant still lives in Loch Ness). The Lyme Regis Museum offer guided tours and group fossil-hunting excursions, which are particularly useful for amateurs.
More Info
Open In Google Maps
England, United Kingdom

Anybody who’s ever seen the mosquito scene in Jurassic Park can picture the goldmine that’s on offer for lucky beachcombers at Suffolk’s Amber Coast, the stretch in between Felixstowe and Southwold. Amber is fossilised tree resin, with Suffolk’s own stash probably having made its way across from a massive ancient forest that stood where the Baltic Sea now lies. Amber needs to be polished thoroughly in order to give it its golden shine – it’s normally a dull red colour – as well as to reveal all manner of ancient specimens that are often trapped inside. Although, FYI, the science behind Jurassic Park has been thoroughly debunked. 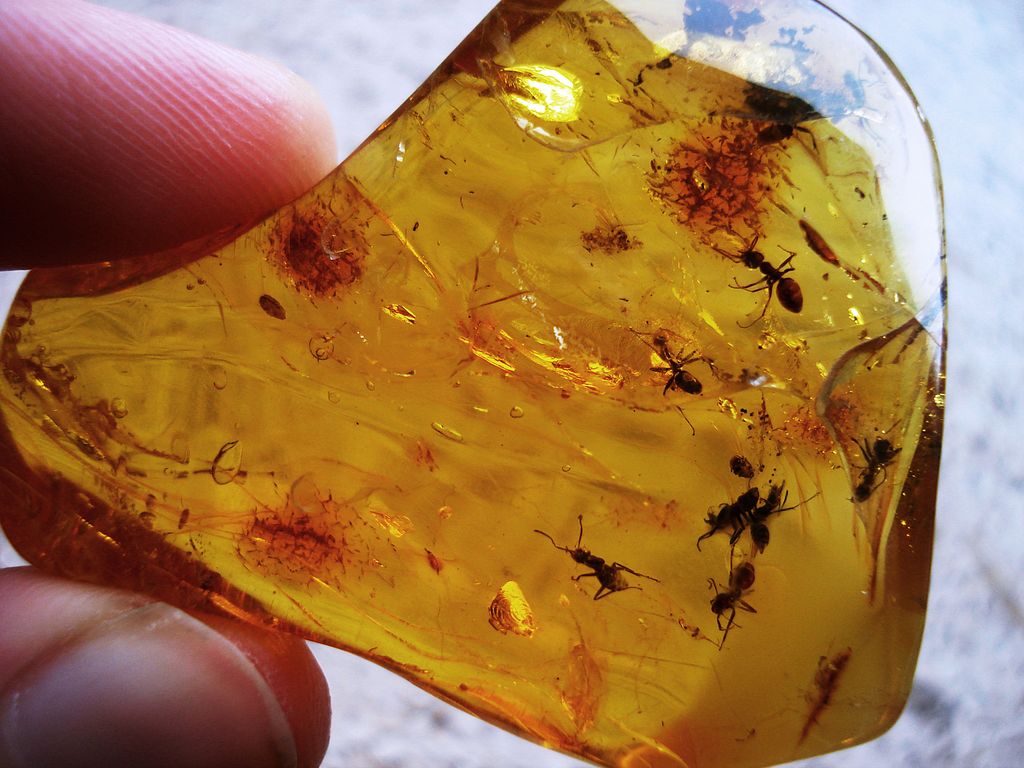 Ants visible in a piece of polished amber. They were trapped about 40-50 million years ago. |© Anders L. Damgaard/WikiCommons

Optimistic treasure-hunters have been raking through the beaches of London’s Thames for centuries. ‘Mudlarks’ used to refer to impoverished Londoners who tried to make a living from the river’s shores, particularly Victorian children who scavenged for goods to sell, including wood, coal and bones, but the term now refers to amateur archaeologists, licensed by the Port of London authority. While the south banks of the Thames are open to the public, the beach outside the Tower of London is the property of the Crown and strictly off limits, even to licensed mudlarkers. However, once a year, the beach is opened to the public by the City of London Archaeological Society. This lucrative stretch of beach has wielded pots, coins, bones, historical jewellery and weaponry.

Last week Tower Beach at the #toweroflondon was open to the public to look for historic finds which may have washed ashore. Coins, tiles and even a Tudor shoe was discovered!

A photo posted by Historic Royal Palaces (@historicroyalpalaces) on Jul 31, 2013 at 9:20am PDT

In the winter of 2014, a storm battered the western coast of Wales, stripping away sand and levels of peat to reveal scores of skeletal stumps of oak and pine trees, remnants of the Forest of Borth. This ancient forest was buried more than 4,500 years ago and can be best seen on the beaches near the villages of Borth and Ynyslas, areas already archaeologically important. Deanna Groom, a maritime archaeologist from the Royal Commission on the Ancient and Historical Monuments of Wales said that “The site around Borth is one where if there’s a bad storm and it gets battered, you know there’s a good chance something will be uncovered as the peat gets washed away.” The Forest of Borth is also linked to the legendary lost kingdom of Cantre’r Gwaelod, Wales’ own Atlantis, with sightings of sunken human habitations along the Ceredigion coast having been reported for centuries. 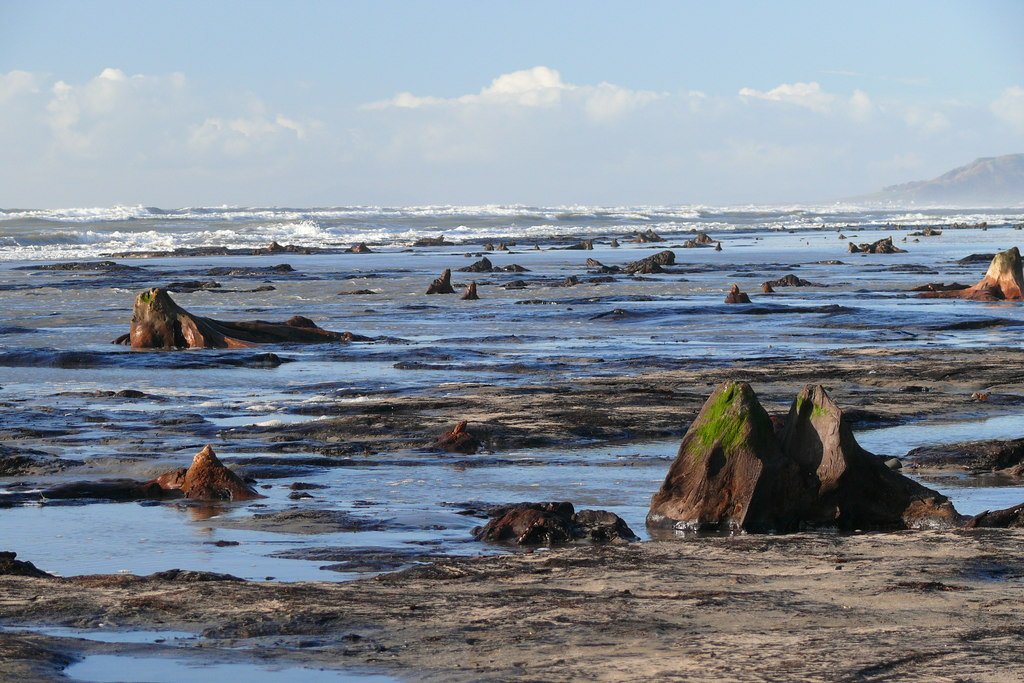 The submerged forest of Borth at Borth beach | © Ian Medcalf/Geograph.org