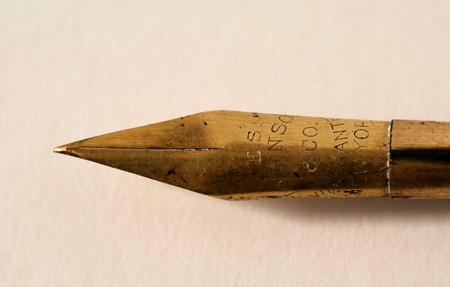 Jane Austen never married: biographers and filmmakers latch onto this with morbid fascination, as if somehow the happily-ever-after marriages of her heroines were her own projected wishful thinking. But Jane did not want to be married; Jane wanted to write.

Jane always wanted to write. Born in 1775 in the small town of Steventon, her father was the parish rector, which meant the family was comfortable but certainly not wealthy. She was one of eight children, and was extremely close with her only sister, Cassandra. The two girls were sent to boarding school together, but returned after only a year as the family could not pay their tuition fees. So Jane educated herself. They were given free reign of their father and uncle’s extensive library, and were both encouraged to write.

She began writing what has become to be known as the Juvenelia in 1787, consisting of short stories, poems and plays that were written to entertain her family. When she was fourteen, Jane decided she wanted to write for profit. It was a big dream for a little girl, in a world and time that was not very accepting of women who wanted a profession. But Jane wanted to write. So she did.

Between 1793 and 1798, Jane completed three novels: Elinor and Marianne (Sense and Sensibility), First Impressions (Pride and Prejudice), and Susan (Northanger Abbey). Jane was meticulous in her writing, and all of these novels would undergo serious revisions in the years between their first draft and publication over a decade later. She would find that being taken seriously as a writer, and a woman writer who expected profit, was going to be challenging. She sold Susan to publisher Richard Crosby in 1803 for £10, but despite his promises of a speedy publication, he sat on the novel and Austen discontentedly remained an unpublished author. 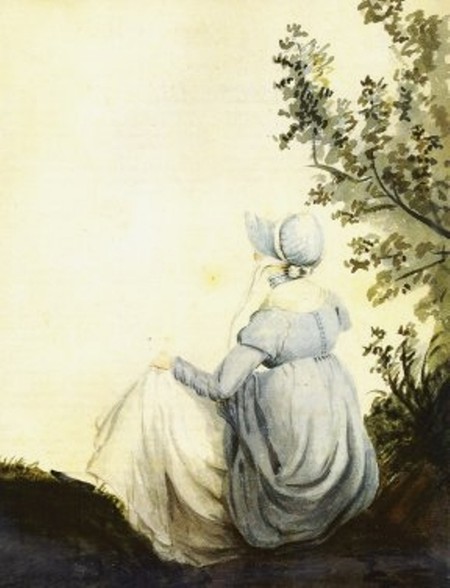 A Move to Bath

In 1800, her father surprised the family by quitting his job, selling the family home and moving them to Bath. Jane’s productivity during her time in Bath indicates a lot of unrest and unhappiness, and she produced only two unfinished novels in a nine year period. Her father’s sudden death in 1805 further plunged the family into disarray: Jane’s six brothers pledged to support their sisters and mother, but this was still an extremely difficult time for the Austen women. They moved between rented apartments and visited family in various parts of the country. It wasn’t until late 1809 when Jane’s brother Edward situated them in a cottage on his estate in Chawton, finally letting the three women settle into a home.

Still, Jane could not find a publisher for her novels. She wrote to Crosby in 1809, demanding that he publish the novel she had sold him six years before, or return it to her. He told her she could buy it back off him for the £10 he had paid, but the Austen women did not have the money to spare. Furious, she threw herself back into writing, and with their tentative security in Chawton, Jane found herself producing and finishing work again. 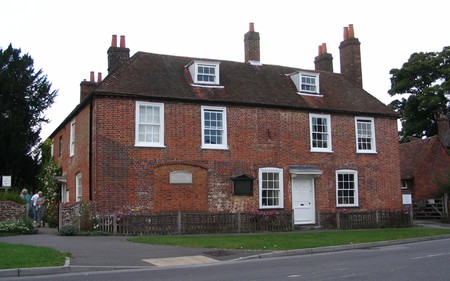 Things turned around in 1811. Thomas Egerton agreed to publish Sense and Sensibility, and Jane chose to remain anonymous, crediting it to ‘A Lady’. The first edition was so popular that Egerton printed a second, and then her second novel Pride and Prejudice in 1813, which has since become Jane’s most famous and popular work. This publication brought the family some financial stability and gave Jane a sense of independence – however, the deal she had made meant that she did not see the majority of the profits from the books. The year 1814 saw the publication of Mansfield Park, one of her more mature works that was written after the move to Chawton. Her works were hugely popular and the anonymous author’s reputation soared. Jane found she had a fan in the Prince Regent, and was prompted by his librarian to dedicate her next book, Emma, to him; it is rumoured that she didn’t like the Prince, but was unable to refuse. She instead expressed her distaste with a scathing essay about the perfect novel, mocking the librarian’s intervention.

For the next year, Jane was able to enjoy her success as a published and paid writer. She changed publisher in 1815, and Emma was printed by John Murray along with the second edition of Mansfield Park. Although Emma sold well and was extremely popular, Mansfield Park’s second edition was not – the profits of one offset the costs of the other, and Austen made little money from either. In spite of this, the Austen family were enjoying a period of stability and financial prosperity. Henry finally purchased back Northanger Abbey, as Crosby was unaware that this was by the same author who was now a successfully published writer. Jane was ready to submit this work along with her most recent work, The Elliots (Persuasion), to Murray to be published as a double novel. However, the family’s fortunes did not last, and Austen would never see her final story published. 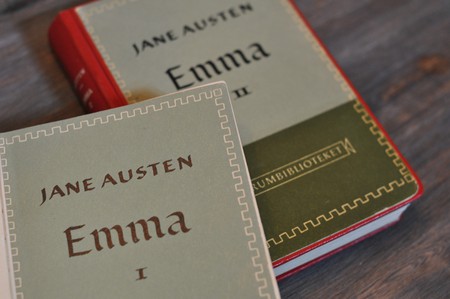 Henry Austen lost his banking business in 1816, and found himself in huge amounts of debt. As all of the brothers had money invested with him, the family was broke overnight. The brothers had to withdraw financial support of their mother and sisters, and the women supported themselves on savings and the little profit Jane had made from her four published novels. As a result, Jane did not have the capital to publish her final two works, and postponed until the family were more secure again. However, she fell ill in late 1816, and her health declined steadily until she was bedridden in March 1817. It was not until May that she sought medical help, but by then her illness had progressed too far; she died in July 1817, and was buried in Winchester Cathedral.

Northanger Abbey and Persuasion were published posthumously, with the author’s identity finally revealed. Henry wrote a biography that carefully painted a portrait of a mild mannered, sweet and meek woman; however, it is highly likely that this was to counter the idea of the controversial woman writer. Jane’s remaining letters show a woman who was confident, cutting and sharp, and her strong heroines and critique of society point to a woman who was anything but meek. 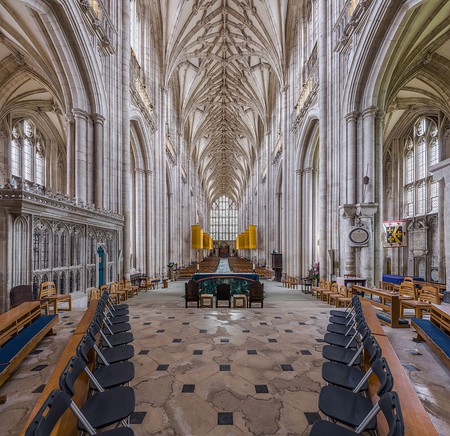 Jane’s life was plagued with difficulties, financial insecurity, and a tragically young death. She was a deeply private person, and the lack of information about her personal life leaves many with the feeling that she somehow missed out on love, romance and family. After her death, Murray ran another print and then discontinued her work. She remained unpublished for twelve years. But in 1832, Richard Bentley bought the rights to her work and published a five-book special illustrated series. Since then, her novels have never been out of print. Two hundred years after her death, she is still a beloved household name and her heroines inspire millions. Her work has been translated around the globe, turned into film and TV series, and inspired countless other literary works. Jane Austen’s life and legacy is everything she ever wanted. Jane Austen wanted to write. And she did.