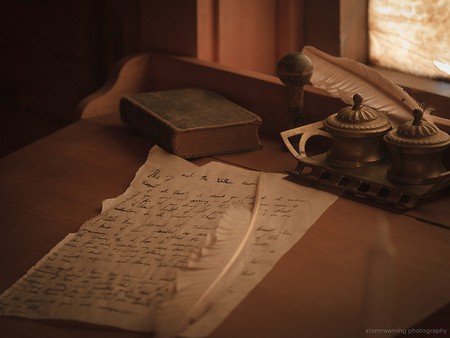 The Birth of a Genius

William Shakespeare was born in the small market town of Stratford-upon-Avon in April 1564 to the alderman John Shakespeare and his wife Mary Arden; the first known mention of him was his baptism on 26 April as the third child and eldest surviving son of the family. Not a lot is known about Shakespeare’s early life, but it is safe to assume that he attended the King’s New School in Stratford. Since the curriculum was almost entirely Latin-based, it is not certain whether the young Shakespeare felt the latent ticklings of genius whilst there, or whether he was as unenthusiastic as ‘the whining schoolboy … creeping like snail unwillingly to school’ in his later play, As You Like It. Regardless, he worked for his father as a glove maker after leaving education, before marrying the 26 year old Anne Hathaway at the tender age of 18. The reason why is explained by the hastily-arranged marriage: six months afterwards, Anne gave birth to their first daughter, Susanna. 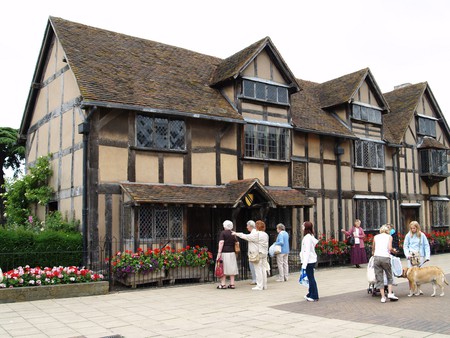 Though Shakespeare was now a family man, after his last children Judith and Hamnet were born, he mysteriously vanished from all records – a time known as the Lost Years. Though many historians have speculated why, there is no mention of him in any historical document until his sudden emergence onto the London theatrical scene in 1592; where by all accounts, he was not much liked. Playwright Robert Greene famously called him ‘an upstart crow, beautified with our feathers’, for attempting to match the talents of men like Christopher Marlowe, but Shakespeare was making waves nevertheless, because despite starting off his career as an actor in his first plays, a collection of his hugely popular histories and comedies were published during the 1590s.

Shakespeare’s big break came in 1594. By this point, the playing group Lord Chamberlain’s Men – newly named The King’s Men – were the only company performing his plays, and quickly became the leading company in London gaining a Royal patent in 1603 by King James himself. By 1599, the players who owned the Lord Chamberlain’s Men were famous and rich enough to build the now world-famous Globe Theatre; which was actually the remains of another theatre, named The Theatre, owned by the Burbage family. Whilst the Burbages were celebrating Christmas in the company, the King’s Men dismantled the entire building piece by piece and shipped it upriver, rebuilding it as the Globe.

It was at roughly this point that Shakespeare’s name began to become a selling point: in his first Quartos, published in 1594, his name was foremost on the title page. Though he was still acting in his own plays, it was now for his writing skills that Shakespeare became most popular, releasing plays like Romeo and Juliet, The Merchant of Venice and A Midsummer Night’s Dream around this time, establishing his position as England’s best-known playwright of the age. Indeed, his influence on the English language has been tremendous, as Shakespeare is single-handedly responsible for adding around 1,700 common words to the English language, including ‘eyeball’, ‘upstairs’ and even ‘dawn’. 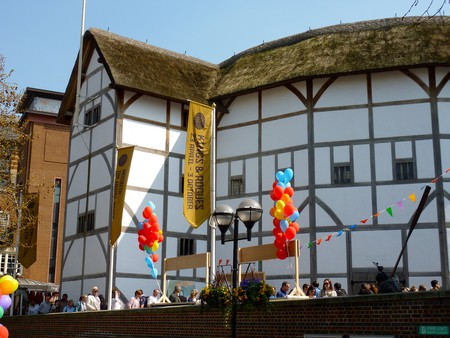 By 1610, however, age was starting to tell on Shakespeare. He rarely went home, but in 1611 he published The Tempest, in which Prospero’s farewell to the audience was widely read as Shakespeare’s own farewell to the stage. Though he wrote some plays after this, it is The Tempest which remains his most famous late play, and perhaps the one that best sums up his life and work. Apart from this, the regular outbreaks of plague in London from 1609 onwards meant that the playhouses were shut, and indeed Shakespeare’s output lessened after this point. 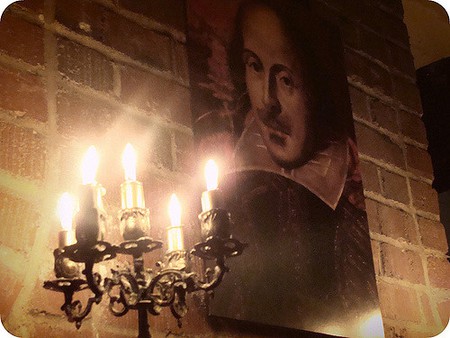 William Shakespeare died on 23rd April, 1616, a month after declaring himself ‘in perfect health’. Famously leaving his wife Anne his ‘second best bed’, he gave most of his estate to his daughter Susanna, but his true legacy lies in the rich corpus of work that he produced over the course of his life. Though his birth house was torn down by the owner as revenge for the amount of tourists who came to visit it, Shakespeare’s work survives in his Folios.

The influence that Shakespeare has today has not lessened at all. Many of Britain’s best actors, including Dame Judi Dench, Sir Derek Jacobi and David Tennant, cut their teeth with the Royal Shakespeare Company, and his plays are performed all over the world. Indeed, a special Shakespeare Festival took centre stage in the media over April this year, on the 400th anniversary of his death, focussing especially on Shakespeare’s home town of Stratford-upon-Avon and the famous Globe on the banks of the Thames. To add to the excitement, a First Folio of Shakespeare’s plays – one of the most sought-after books in the world, printed only seven years after Shakespeare’s death – was recently found in the remote Scottish island of Bute. After all this time, it is easy to see why people still love Shakespeare. Love, hate, tragedy, and laughter – he has it all: he is a writer whose timeless quality means that his plays will still be performed a hundred years from now. 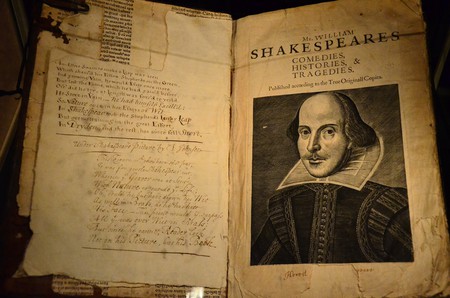