The Scariest Zombie Films From Around the World, Ranked 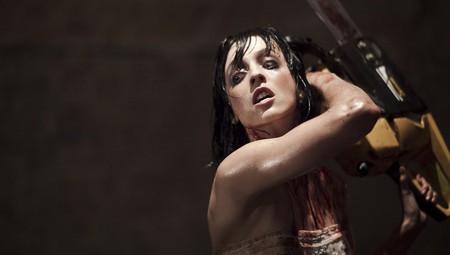 As the success of The Walking Dead proves, there’s plenty of life left in the undead yet. Zombies are all the rage, and vampires are so last season, so here’s a look at our favourite films in the genre from around the world. 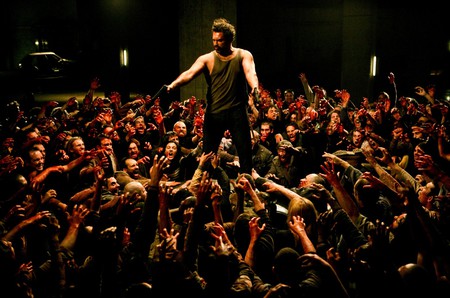 Given the success in recent years of French horror, it’s somewhat surprising that the zombie genre hasn’t been fully exploited yet by our cousins across the Channel.

The Horde almost works, delving into the brutally violent battle between cops and gangsters in northern Paris before throwing in an apartment block full of the undead. With the confined spaces offering up plenty of chilling scares, there is an element of Die Hard with the undead to the whole thing, but when the action turns into horror The Horde is bloody good fun. 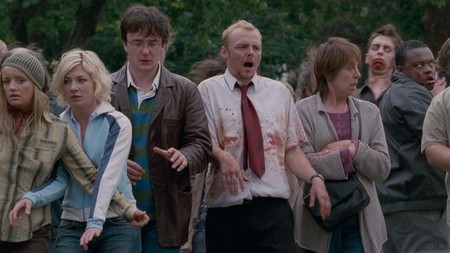 It had to be included, didn’t it? Simon Pegg, Nick Frost and Edgar Wright created cinematic magic with an apparent sitcom set up that quickly evolved into something else. It would be higher on our list if it was scarier, but it still has its moments of terror.

As the zombies attack suburbia, Pegg is oblivious to the danger as he himself wonders around the deserted streets of London. Once it becomes obvious that something is amiss, the mission is to head to the local pub and avoid being killed. With an unexpected dose of pathos thanks to a bromance for the ages, Shaun of the Dead is a British classic and has spawned all manner of imitations… 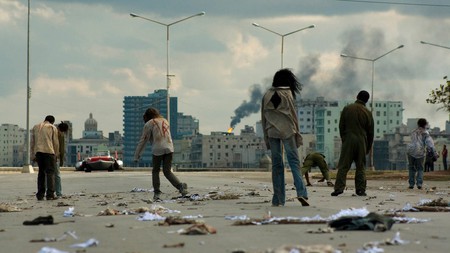 Juan of the Dead | © Focus Features

This bizarre Cuban comedy shares its title with the British hit above, however, it’s anything but a lazy Spanish-language remake.

Slacker Juan and his best mate Lazaro are caught off-guard when one of their fishing escapades results in an awakening of darker forces. Its not surprising they are unable to spot the danger, busy as they are with avoiding local thugs. Juan is a likeable hero, even if he is doing a terrible job as a father to his feisty daughter.

Where the film excels is in its creativity and invention. Zombies are dispatched in eye-opening ways and we’re constantly left wondering what we’ll see next. 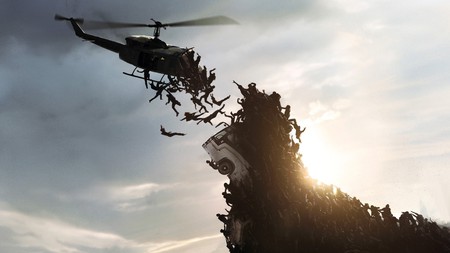 We all thought this big-budget zombie blockbuster was going to be a massive disaster. Reshoots, delays in release and a huge star who spoke sparingly about the project meant we justifiably smelt a stinker in the works.

Instead, Brad Pitt delivered a well thought out piece of terror that has some of the most eye-catching set-pieces of recent years. The sickening sight of zombies hurling themselves at the living across the ruins of various cities brings to mind recent news coverage from war torn parts of the world. The final act, as downbeat as it is, is a darn sight cheerier than the original ending would have been. Pitt has also left the door wide open for sequels, and on this occasion, we would welcome the chance to revisit this story.

Bad news for you if you were into zombies before they went mainstream though.

The REC series has become a standard-bearer for the zombie genre. The first film (more of which later) has rightly garnered rave reviews, but this sequel is almost as good.

The set-up is simple enough, with an apparently normal wedding being turned into a bloodbath of epic proportions. Guests soon start falling ill in alarming ways and you can guess what happens next. The bride (Leticia Dolera) turns into a memorable zombie-slayer and the iconic imagery of a blood-soaked, chainsaw wielding heroine is striking. If you were to pick one Halloween outfit this year, then go for that look! 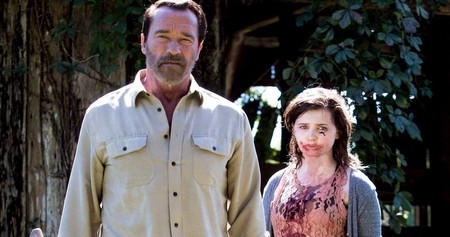 Arnold Schwarzenegger has struggled to make an impact on the big screen following his political break. He looks older, tired and less imposing than he was in his prime.

Someone needs to tell him this, because the idea of playing The Terminator again, or any variants of the characters he is famous for, is just plain ridiculous.

Maggie, an unfairly maligned recent effort, is a different beast entirely. Arnie is a doting father, determined to care for his daughter who has been infected by yet another planet-destroying virus. The effects take a while to show themselves, and father and daughter struggle to maintain their relationship as others are keen to end it prematurely.

Schwarzenegger proves he can act, and when given serious material that doesn’t rely on past glories he can turn in a heartfelt performance that will actually leave you moved. 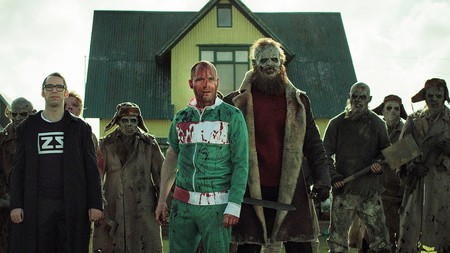 Nazi zombies. There, that’s pretty much all you need to know about this movie.

If that’s not enough to sell it to you, then you might want to look elsewhere, because this is about puerile fun and insane violence that’s impossible to describe.

A follow-up to the original Dead Snow, we get to see that Scandinavians have a devilish side as the Nazis return to cause havoc. There is very little in the way of plot, but in terms of sheer action and gore, this one is hard to beat. 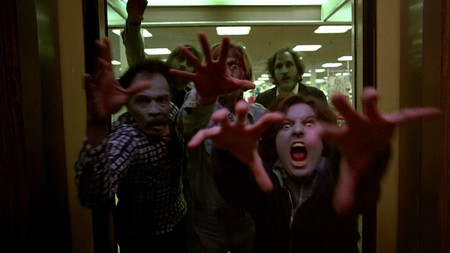 Although Romero’s series of films (see below) have led to many inferior sequels and reboots, this pair of follow-up efforts stand out from the crowd.

Not officially part of the lineage, and with a heavy Italian influence, the 1978 version is best remembered for the location used as a base for the small band of survivors to fend off the undead hoards outside. The use of a shopping mall perfectly captured the ‘mindless’ nature of consumerism as the zombies begin to follow a pattern and routine they had when they were alive.

The remake, opening with a frenetic sequence that has become the calling card of Man of Steel director Zack Snyder, follows the original’s script closely, and feels even more relevant today. 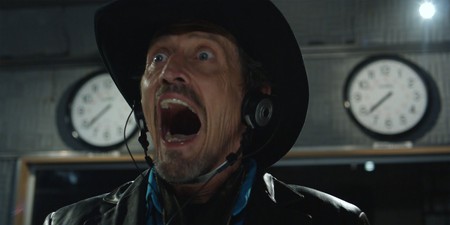 The thinking man’s zombie movie, Pontypool is an unnerving little chiller that tries to be a little different, and pulls it off wonderfully.

The Canadian town of Pontypool is served by a pretty mediocre radio station. Veteran DJ Grant Mazzy reports for his show, only to find reports of something happening outside that has him convinced a virus is turning listeners into zombies. Stephen McHattie is brilliant as Mazzy, keeping his cool but still getting across a desperate sense of urgency that feels very real.

Pontypool goes for implied scares rather than the traditional jumps, and also opts for a novel approach when it comes to infecting the masses. 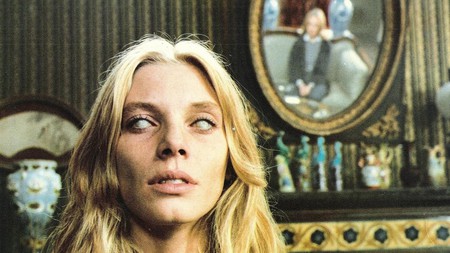 One of those international quirks in movies, such as Japanese girl-ghost chillers or musical Bollywood blockbusters, Italian zombie films are a sub-genre all to themselves.

They vary in quality, but early examples like The Beyond (1981) are simple yet effective in conveying the undead on film to great effect.

When a young woman from New York inherits a hotel in Louisiana, she decides to re-open the venue years after it was shut following a gruesome murder. The renovation work opens up a portal to hell (of course it does!) and then all manner of supernatural events begin to torment the residents. 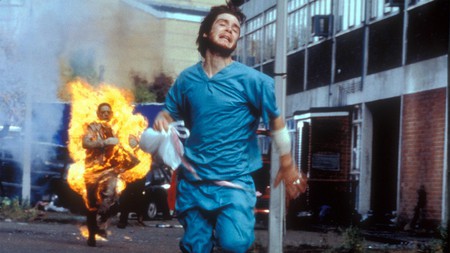 The idea of slow-moving zombies chasing fit and agile victims has rightly been mocked for decades.

When Danny Boyle showcased the victims of the RAGE virus, accidentally released from a medical facility by a group of animal rights activists, the shocking speed with which they attacked came as a bolt from the blue.

Still tremendously effective, 28 Days Later flipped ideas of finding shelter and surviving the impending zombie apocalypse on its head. A recent Secret Cinema event in London highlighted just how popular the film remains to this day. 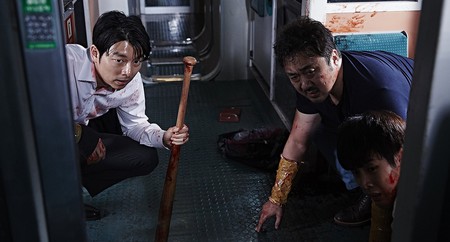 With a Hollywood remake apparently on the way, this South Korean horror burst onto the scene with plenty of fanfare. The hype focused on the fast-paced zombies we have previously seen in World War Z and 28 Days Later as well as the genius idea of a passengers trapped on a train as a virus begins to spread around them.

The action is non-stop and with barely a second to catch your breathe the film sometimes feels like a blur of intensity that can be overwhelming, but once you get to the final destination, this zombie epic will leave you shaken. 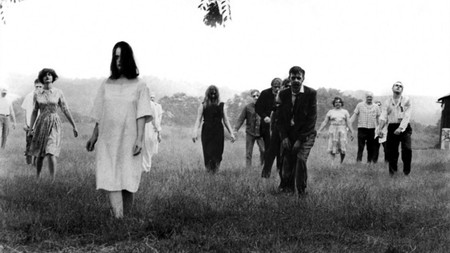 The granddaddy of them all. There may have been earlier examples of zombies on film, but it was this 1968 George A. Romero that popularised the trademarks that later became impossible to avoid.

Addressing serious issues of the day such as race, and the Vietnam War, the independently produced debut feature turned in a huge profit for its meagre budget. It also garnered criticism for the levels of violence and gore on screen.

It’s worth noting that even though the film became the most iconic of the genre, the word ‘zombie’ is never uttered on screen. 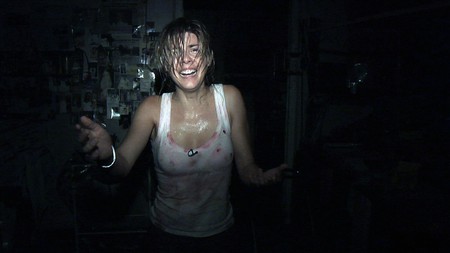 Found footage may well prove to be the ultimate killer of the horror genre.

After The Blair Witch Project (1997) proved that budget scares were commercially viable, everyone seems to have had a go. The only one to truly succeed in the aftermath has been this sequel-spawning Spanish zombie adventure that sees a group of residents in an apartment block quarantined due to an outbreak that causes the inevitable undead side-effects.

Scarier than it has any right to be, the idea of being trapped at home, and still not feeling safe is enough to shake you to the core.

Although the follow-ups have been somewhat lacking (see above), they are still better than the cash-in Hollywood remake titled Quarantine (2008).