The Most Instagrammable Road-Trip Destinations in the UK 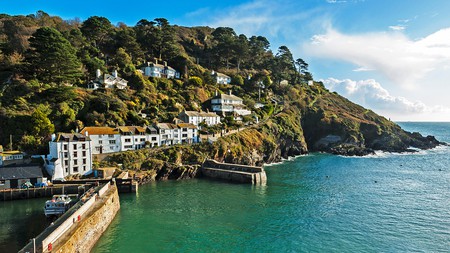 Forget Route-66, look closer to home for some incredible domestic road trips. Believe it or not, there are some supremely Instagram-worthy photo opps. Culture Trip has the lowdown.

New research from Click4reg.co.uk has uncovered the places that social-media influencers are posting about as they strive for the ultimate ‘gram. Here are the top 10 UK destinations according to a survey of more than 1,000 travel Instagrammers.

The narrow streets and colourful houses of Polperro make this town in Cornwall a popular destination. Insiders know that one of the best spots to take a picture is at the harbour entrance, but if you go anywhere with a view of the main harbour you’re certain to get a flurry of likes.

The Cornish fishing village is a pleasant drive from Weymouth, although the roads can get busy at peak times. Tourism is the main industry, but if you arrive early enough, you can glimpse the fishing boats coming in with their daily catch.

We’ve been obsessed with this quaint Welsh village since we first saw it in the 1960s TV series The Prisoner. Inspired by Italian architecture, Portmeirion took 50 years to complete and is one of the most beautiful tourist destinations in North Wales.

The Coastal Way that leads to the village makes for a quintessential road trip: it runs the 180mi (295km) length of Cardigan Bay, with blue seas on one side and dense forests on the other. 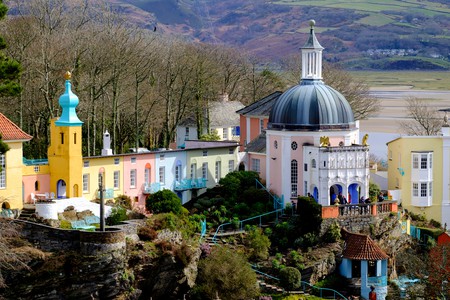 Long associated with King Arthur and the legends that have evolved from that tumultuous period of English history in the 5th and 6th centuries, Tintagel Castle, on a peninsula jutting out of north Cornwall, is a hugely popular tourist destination.

The Atlantic Highway is a more romantic name for the section of the A39 that runs from Cornwall to North Devon. You can see the Atlantic for this particular length of road with special signage letting you know you are on the more scenic section of the route.

This spectacular road is best known for the portion that’s covered by a canopy of low-hanging trees, forming a natural tunnel. The Dark Hedges were featured in the TV series Game of Thrones, so it’s become increasingly popular as a tourist must-do. The shadowy avenue of beech trees can be found on the way between Armoy and Stranocum in County Antrim. A ghost known as the Grey Lady is said to float from one side of the road to the other, so keep an eye out for her if you do venture here.

This relatively short drive connects two much longer and more famous stretches: the Wild Atlantic Way and the Mourne Coastal Route. Both are hugely popular, but the great thing about the Causeway Coastal Route is that you can do it on foot. 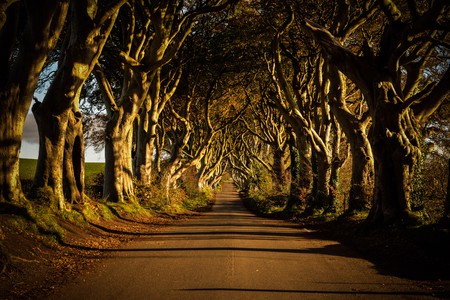 Now here is a truly epic drive – one that takes you to the very edge of the country. Durness, on the most northwesterly point of Scotland, is a remote hideaway that is worth making the effort to reach. For those of you with a sweet tooth, gourmet chocolate company Cocoa Mountain operates from this area and owns two cafes serving top-of-the-range truffles. You can then work off those extra calories with a brisk walk to Smoo Cave and its stunning wooden walkway.

Arguably the best road trip in the UK, and regularly voted as one of the best in the world, the North Coast 500 loops around the north of Scotland, beginning and ending at Inverness Castle. Officially launched in 2015, it is now an important part of the region’s economy. The initial aim to bring more visitors to the area has been achieved, although there are concerns that the increased traffic will lead to long-term damage to the environment.

This ruined Augustine abbey on the Scottish Borders only 10mi (16km) north of England, features incredible columns inside the halls of the abbey, making it the perfect spot for a symmetrical snap – exactly the sort of thing Instagram users love.

The A68, from Darlington in England to Edinburgh, is the longest route to cross the border in both directions. Although it doesn’t have a fancy nickname or catchy moniker, it is still considered one of the most scenic roads in the UK. 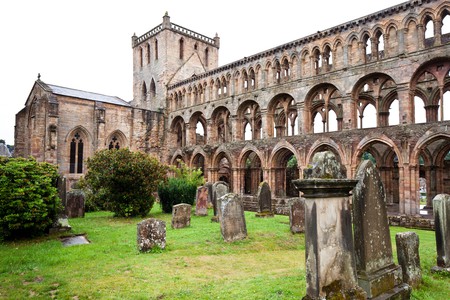 The southernmost point of Dorset, Portland Bill is best known for the lighthouse on the south of the Isle of Portland. Decked out in the traditional red and white livery that is most associated with such buildings, the Portland Lighthouse first began operating in 1906 and is still in use today, as the hazardous coastal tides continue to cause issues for ships in the area.

Driving to the Isle of Portland can be tricky as it is considered a tied island, meaning that it is only connected to the mainland by a thin stretch of sandy beach. 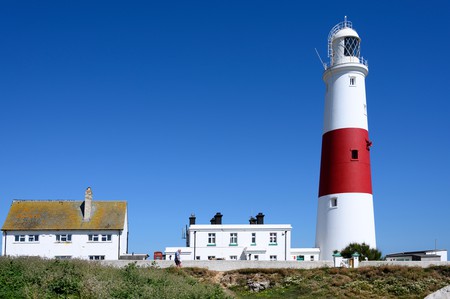 This small market town in Gloucestershire boasts one of the best examples of a 14th-century high street, complete with terraced buildings that give it a unique look. The “Chipping” is derived from the Old English for “market”.

The Market Hall is a big part of what makes Chipping Campden a highlight of the Cotswolds, although it is one of only 256 listed buildings in the relatively small town. If you want to capture this throwback to a bygone age in all its glory, make sure you visit on the first Friday after the spring bank holiday. The entire town is turned into the home of the Cotswold Olimpick Games, an annual event that ends with a huge bonfire and fireworks display.

The triple-flight waterfalls that cascade over the course of 1mi (2km) stretch in the Yorkshire Dales are a spectacular natural landmark – and even better after a period of heavy rainfall. They were even featured as one of the seven natural wonders of the north in a recent TV programme.

Close by is the largest churchyard in the country, St Andrew’s Church, offering another reason to visit the area.

There’s no set route to reach Aysgarth, as it sits in the Yorkshire Dales National Park, but you can find plenty of parking nearby. The roads surrounding the park are pleasant and will make any driving trip all the more enjoyable.

Our final entry sees us return to Wales. The harbour town is reminiscent of the top entry, but Aberaeron isn’t as well known as Polperro, so you’ll find fewer crowds here at peak times.

A tiny population calls this Welsh town home and is lucky to do so, as it is a unique blend of Regency English buildings grouped around a square by the harbour.

You can drive to the outskirts of Aberaeron on the A487, but once you get out of your car, be sure to take the Dylan Thomas Trail, a path that celebrates the famous Welsh poet who had links with the town. Wherever you point your camera, you’re sure to get a great picture; most of the town’s building are lsited. 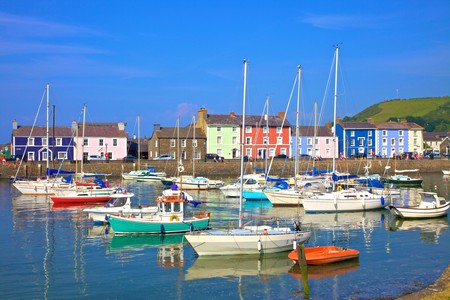 The harbour at Aberaeron, in Wales, is highly Instagrammable | © robertharding / Alamy Stock Photo
Give us feedback