The Most Impressive Buildings in Liverpool, UK 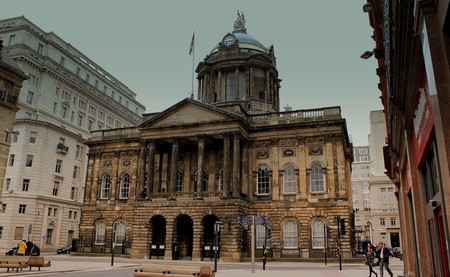 For some of the most stunning architecture, you’ll want to head to Liverpool. This city has well over 2,500 listed buildings and is regarded as one of the best for grandiose buildings. Read on as we delve into some of the most impressive buildings in the city.

One of Liverpool’s Three Graces, the Royal Liver Building is Grade I listed and dominates the city’s waterfront skyline. Opened in 1911 as the home of the Royal Liver Assurance – and arguably the city’s most famous landmark – the building was Britain’s first major construction and one of the first in the world to be built using reinforced concrete. Two fabled Liver Birds perch upon the building’s two clock towers; with legend stating that if these two birds were to fly away then Liverpool would cease to exist. 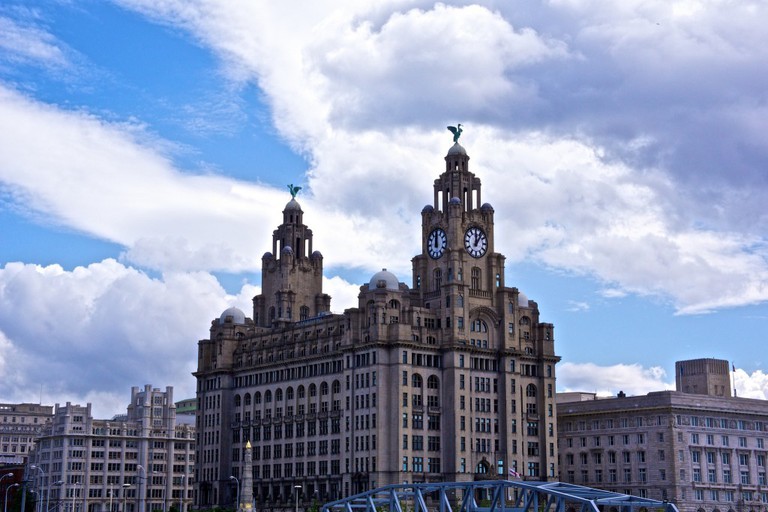 Another of Liverpool’s Three Graces, the Port of Liverpool Building is Grade II listed and a part of the Liverpool’s UNESCO-designated World Heritage Maritime Mercantile City. Originally purpose-built as the headquarters of the Mersey Docks and Harbour Board, this characteristic, Edwardian Baroque-style building has been standing since 1907. 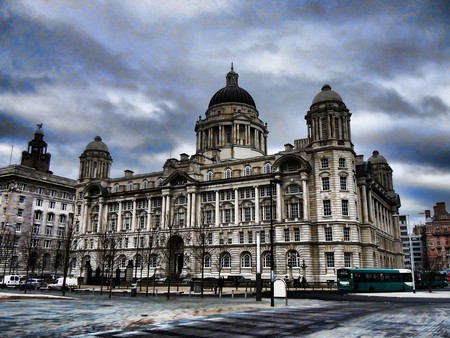 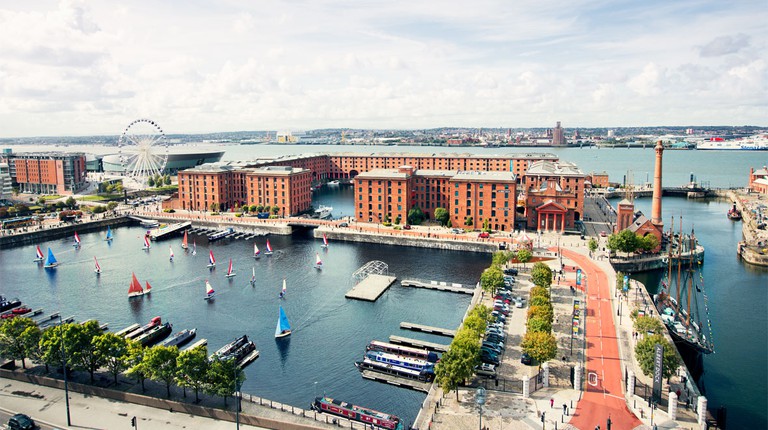 Bird's eye view of Albert Dock | © albertdock.com
Book Now
Primarily built as a warehouse and docking system for ships to load in and out of its warehouses, the Albert Dock houses the largest selection of Grade I listed buildings anywhere in the UK. The Albert Dock is now the most popular area for attractions in the city with various museums including The Beatles Story. Opened in 1846, Albert Dock was the first structure in Britain to be built without wood.
Open In Google Maps
3-4 The Colonnades, Liverpool, England, L3 4AA, United Kingdom
+441517078384
Visit Website
Give us feedback 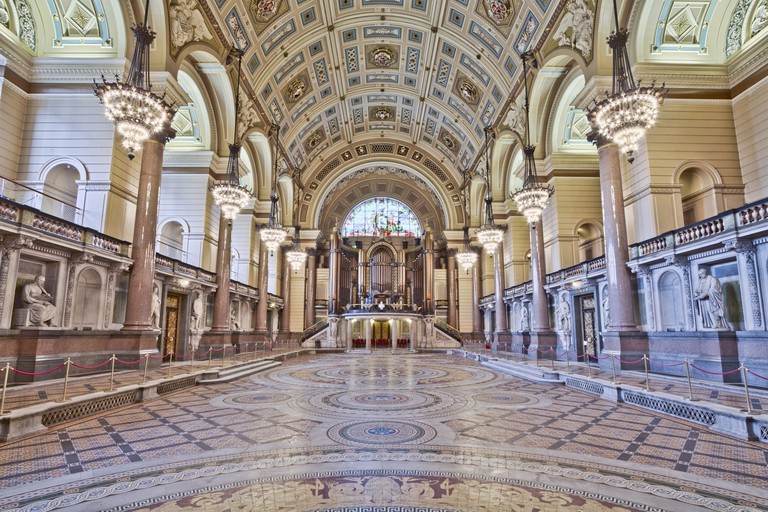 Cunard Building was constructed between 1914-1917 and is the third of Liverpool’s Three Graces. Up until the 1960s, this was the headquarters of The Cunard Line, a popular Anglo-American cruise line. Though the company moved to Southampton, this Italian renaissance-style building still holds the name of its original tenants. 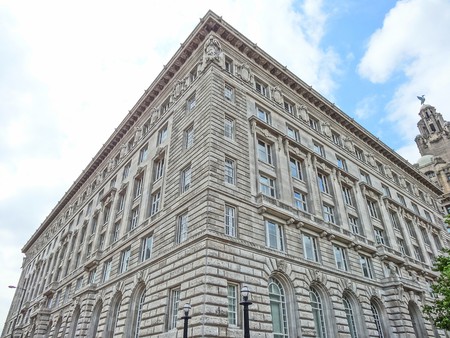 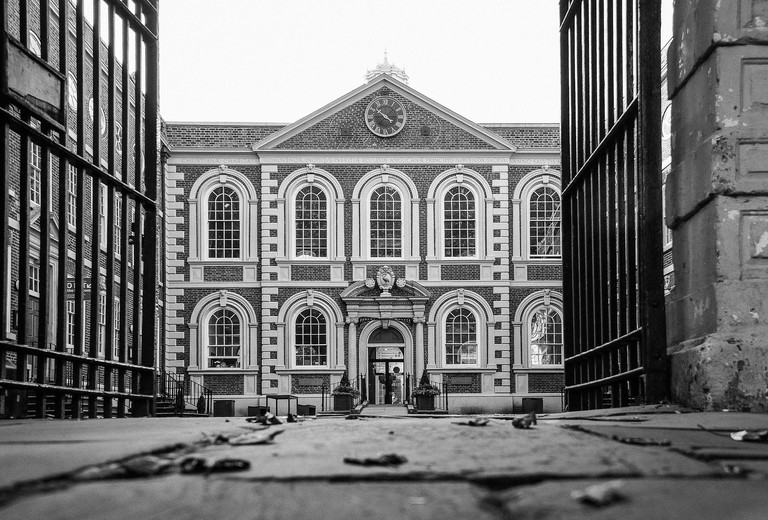 The Bluecoat Chambers | © Beverley Goodwin / Flickr
The oldest remaining building in central Liverpool, Bluecoat Chambers is packed with history. Opened in 1717 as a charity school, the building now operates as an arts centre. Following damage to the building suffered during the Liverpool Blitz in 1941, a period of restoration saw the venue re-open fully in 2008, to celebrate Liverpool’s year as City of Culture. Bluecoat Chambers is celebrating its 300th anniversary throughout 2017!
Open In Google Maps
8 School Lane, Liverpool, England, L1 3BX, United Kingdom
+441517025324
Visit Website
Give us feedback

Built around 1860, Municipal Buildings is a Grade II listed building and one of the finest still standing in the city. Originally intended to accommodate the city’s growing level of administrative and council staff, the building was sold in 2016 and work is underway to turn it in to a 4 star hotel. 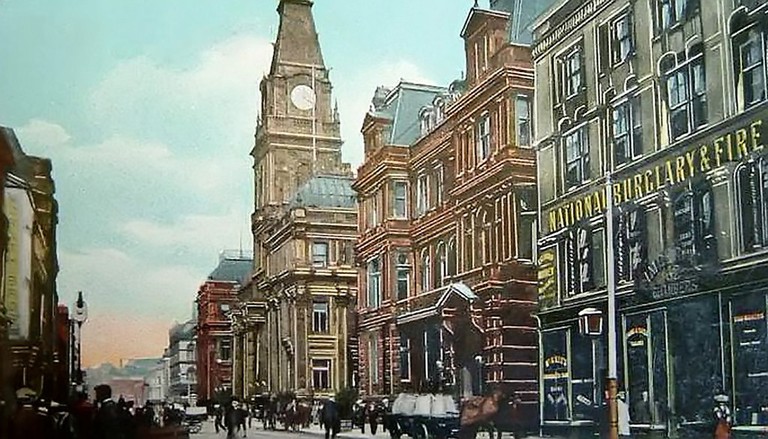 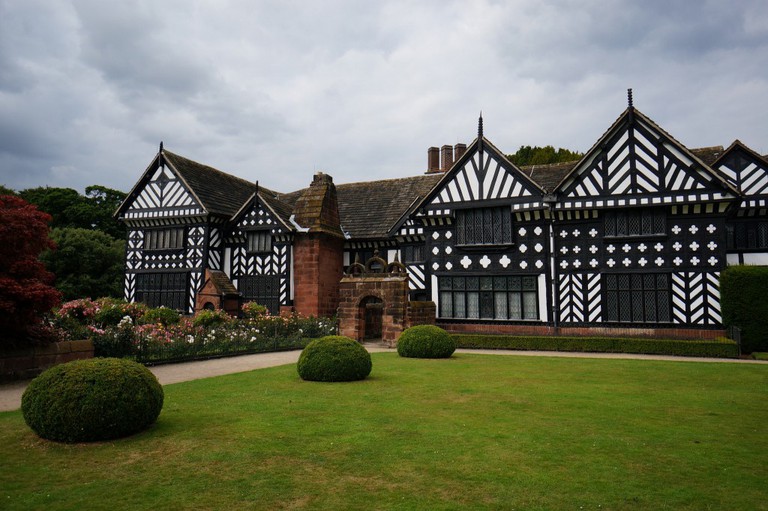 Speke Hall & Gardens | © Andrew Smith / Flickr
Speke Hall is a Tudor manor house on the outskirts of the city, near Liverpool John Lennon airport. With parts of the building dating back to approximately 1530, this is one of the finest manor houses of its kind that’s still standing.
Open In Google Maps
The Walk, Speke, Liverpool, England, L24 1XD, United Kingdom
+441514277231
Visit Website
Give us feedback 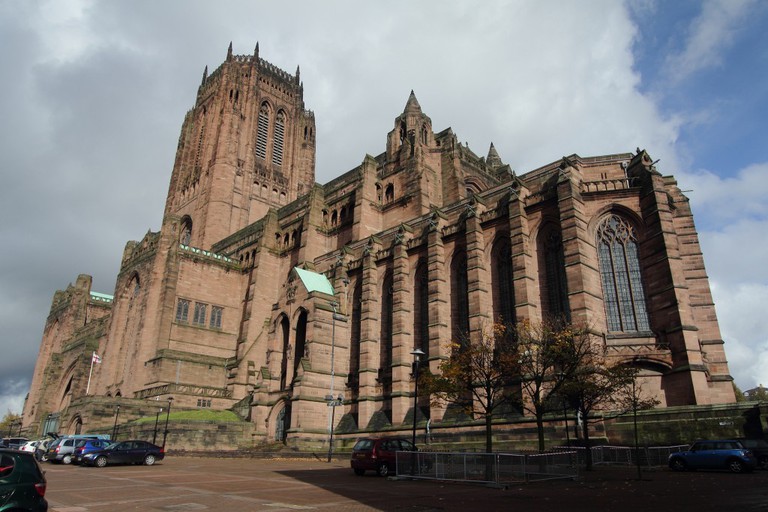 Liverpool Cathedral | © Ruaraldh Gillies/Flickr
Proudly the fifth largest in the world, Liverpool Cathedral is one of the most eye-catching pieces of architecture the city has to offer. The Anglican building is the third tallest in the city and boasts the world’s tallest and widest gothic arches too.
Open In Google Maps
Liverpool, England, L1 7AZ, United Kingdom
+441517096271
Visit Website
Give us feedback 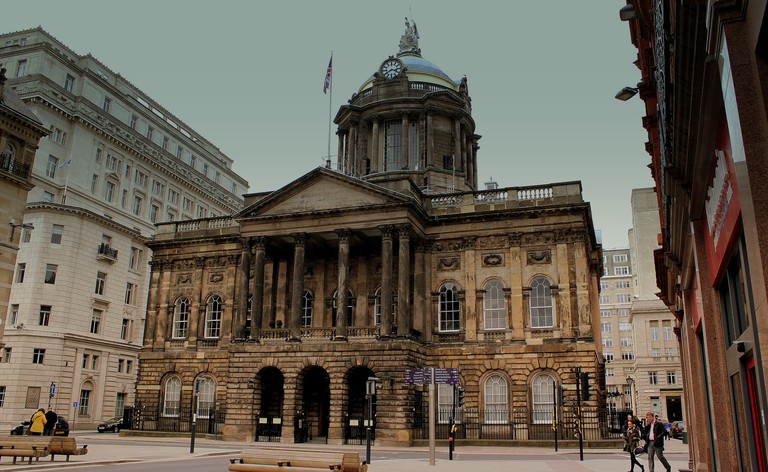 Liverpool Town Hall | © calflier001 / Flickr
Described by National Heritage as ‘one of the finest surviving 18th-century town halls’, this building is a local marvel. Originally built in 1754, the Town Hall is a fine example of Georgian craftsmanship. It’s also licensed for weddings and tours are bookable.
Open In Google Maps
High Street, Liverpool, England, L2 3SW, United Kingdom
+441512333020
Visit Website
Give us feedback 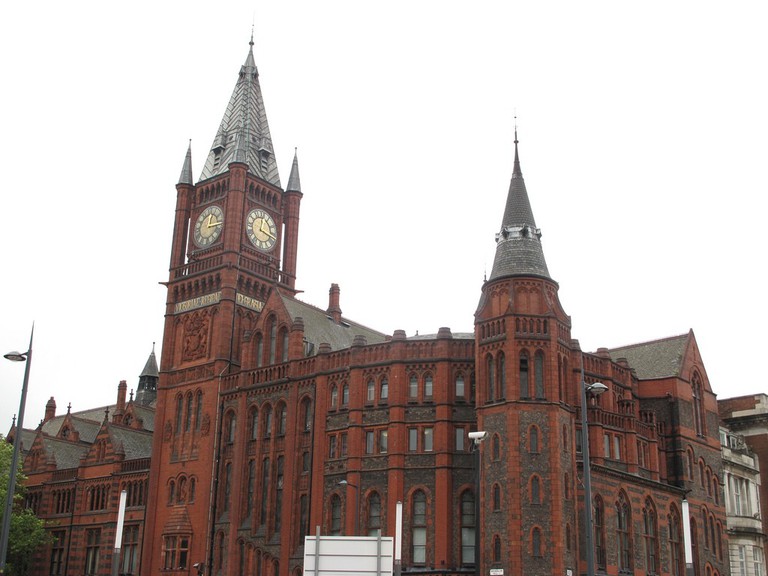 Victoria Gallery & Museum | © Orion Montoya / Flickr
This stunning red-brick building has been standing in Liverpool since 1892. Originally purpose-built for what was to become the University of Liverpool, the three-story, terracotta brick building was converted in to the Victoria Gallery & Museum in 2008.
Open In Google Maps
Victoria Building, 150 Brownlow Hill, Liverpool, England, L3 5RF, United Kingdom
Visit Website
Give us feedback

This unique, white Portland stone and red brick building has been in Liverpool since 1896 and is another example of a building built for a cruise company – due to its popular port and dock. Following a dormant period, the building was recently renovated to a Titanic-themed hotel called 30 James Street. 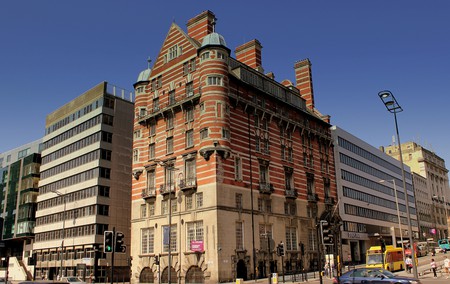 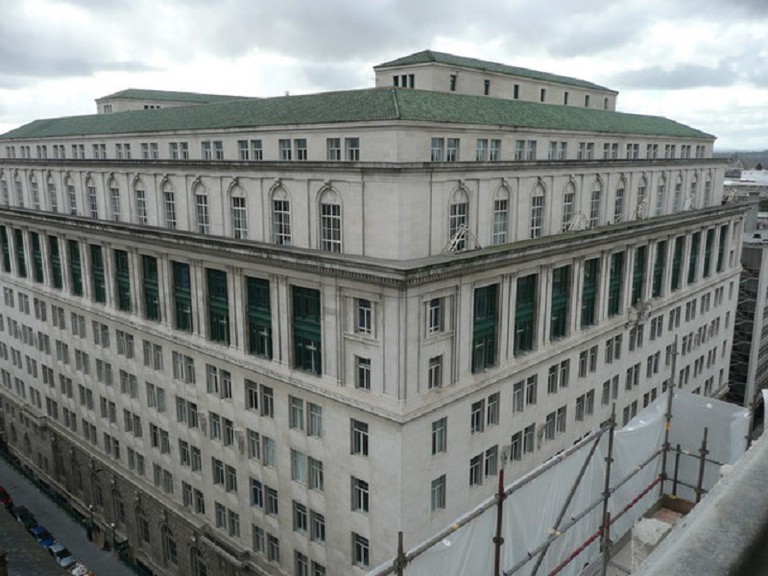 India Buildings | © Alan Fairweather / WikiCommons
One of the largest architectural structures in the city, India Buildings occupies its own block and has been standing since 1931. Its design was heavily-influenced by the Italian Renaissance and American Beaux-Arts style, and compromises of offices, retail outlets and an entrance to Liverpool’s underground rail line.
Open In Google Maps
31 Water Street, Liverpool, England, L2 0RD, United Kingdom
+447724093718
Visit Website
Give us feedback
Give us feedback