First awarded in 1969, the Man Booker is certainly a celebration of fiction at its finest. Awarded annually for the best original novel written in the English language, Booker winners have often gone on to inspire and delight readers in incalculable ways. As the 2015 Man Booker Winner is to be announced on the 13th October 2015, we take a quick look at some must-read authors who have won the coveted prize previously. 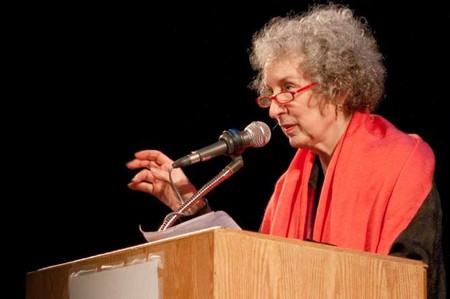 Margaret Atwood is well-known and lauded for her invaluable contribution to global literature, both as a ‘scintillating wordsmith’ and ‘expert literary critic’ (The Economist). A novelist of incredible prolificacy, her works continue to work and rework the social science fiction (or speculative fiction) genre, with works such as the post-apocalyptic Oryx and Crake (2003) and the subversive The Heart Goes Last. However, her most famous work is the seminal The Handmaid’s Tale, a bleak yet wonderfully compelling look at dystopian societies through Gilead, a totalitarian Christian theocracy that flourishes on female subjugation and military dictatorship. 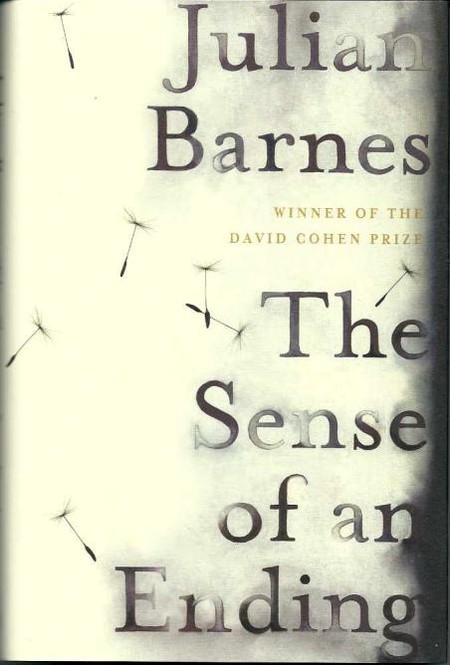 The Sense of An Ending | © Jonathan Cape/Wordpress

A self-professed Francophile, Barnes has written diversely on a number of topics outside of fiction, from philosophy, to art, to Anglo-French relations, to name a few. His fiction, however, is both sensitive and humorous, often exploring themes such as nostalgia, regret, and the flaws of memory and identity. Though shortlisted for the Man Booker many times, Barnes finally won the prize in 2011 for The Sense of an Ending, a novella so elegantly written, thoughtfully expressed, and which resonates so well with its audience, that the panel itself declared that it ‘spoke to humankind in the 21st century’. 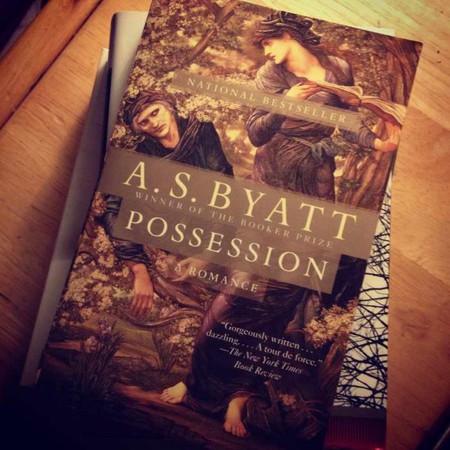 Cited by The Times as one of the top fifty greatest British authors since 1945, A.S. Byatt is most famous for her era-defining work Possession. One of the best examples of historiographic metafiction to be published, Possession, as the title suggests, explores themes of ownership, obsession, and independence using two parallel stories set in the Victorian and contemporary eras to explore such interrelationships. Heavily influenced by Victorian and Edwardian writers such as Henry James, George Eliot, Emily Dickinson and Robert Browning, Possession was published to great critical and commercial acclaim, winning the Man Booker in 1990. 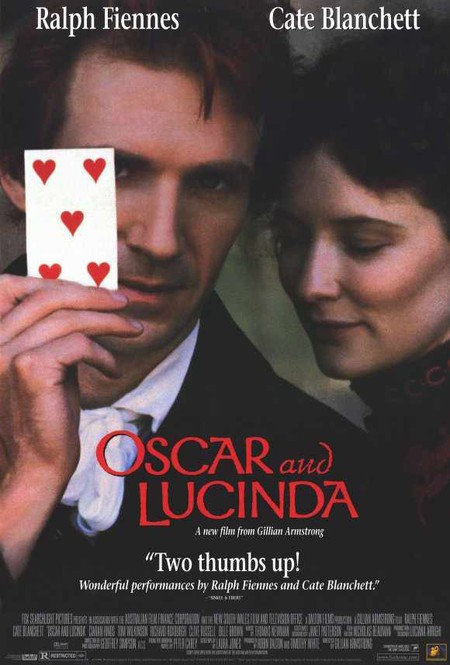 Only one of three authors in the history of the Man Booker to have won the prize twice (along with Coetzee and Mantel), Carey first made his mark on the Australian literary scene with his debut publication The Fat Man in History (1974), a short story collection with a marvellous blend of fantasy and dark humour. With his flair for creating macabre fantasy worlds that reduce reality into absurdity, thus providing a mirror with which to look upon contemporary living, Carey’s flexibility and inventiveness as a writer have served to consolidate his position as one of Australia’s greatest living writers. 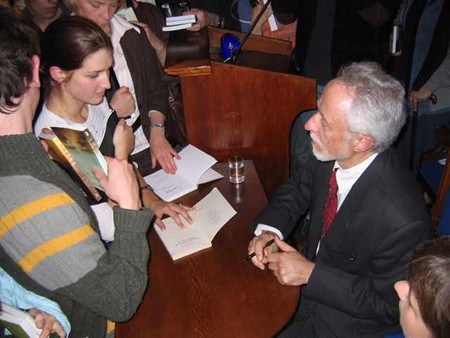 Regarded as one of the most decorated English language authors alive, JM Coetzee was awarded the Nobel Prize for Literature in 2003, as well as winning the Booker Prize twice in 1983 and 1993 for The Life and Times of Michael K and Disgrace respectively. Often praised for his bold, though sparse style of writing, Coetzee is successful in exploring complex and often painful issues, such as racism, redemption and ruin, female subjugation, and political transition, giving his characters a surprising depth and capacity without stereotyping them, or creating false dichotomies between ‘good’ and ‘evil.’ 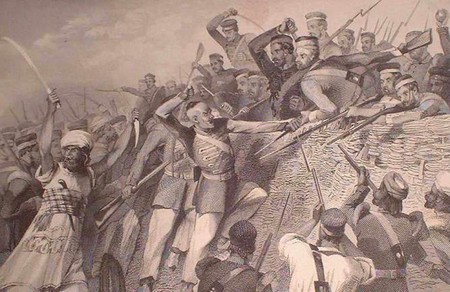 Famous for writing the enduring and extremely popular classic The Siege of Krishnapur, a fictionalised account of the sieges of Cawnpore and Lucknow during the Indian Rebellion of 1857, his career was abruptly ended in 1979 through his death. However, the Empire Trilogy (of which The Siege of Krishnapur is the second installment), has left an indelible mark on British fiction, with Troubles (the first in the series) retrospectively winning the Lost Man Booker in 2010. Dealing with the political and social consequences of British colonial rule in Asia, the Empire Trilogy is both rewarding and educational reading. 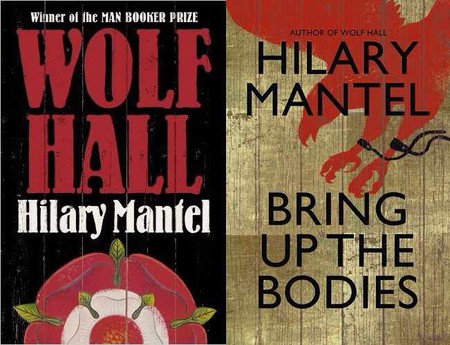 Wolf Hall and Bring Up The Bodies | © Fourth Estate/Wordpress

The first author to have won twice for two books in the same series (Cromwell Trilogy), Mantel is best known for her incredible power and ambitious vision. A master in the art of historical fiction, she has written on eras ranging from the French Revolution to the Tudor court under Henry VIII, the latter of which includes the widely-lauded Wolf Hall and Bring Up The Bodies. Tracing the rise and fall of Cromwell during the seismic political, social, and religious changes of Reformation England, Mantel treads that fine line between laughter and horror with great skill and imagination. 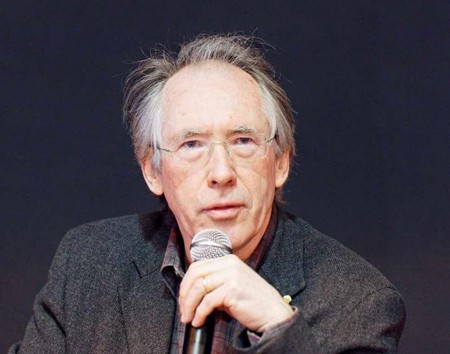 An author of astonishing diversity and emotional depth, McEwan’s books are acclaimed both for their thoughtful exploration of psychological impulses and the motives behind them, as well as for its excellent characterisation and plot structures. First shortlisted for the Man Booker in 1981 for the universally acclaimed The Comfort of Strangers, a haunting exploration of the interrelationship between sadism and sexuality, McEwan has since then gone on to write novels about euthanasia, atonement, incest, obsession, religion, and the limits of the law, displaying through his writing his versatility and skill as a writer of our time. 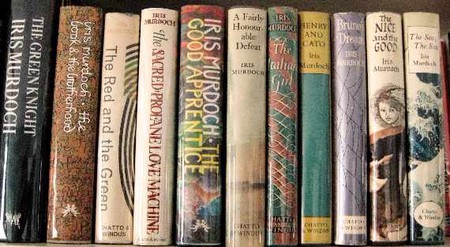 A philosopher, novelist, and critic who has influenced generations of award-winning authors, such as A.S. Byatt, Murdoch contributed a great deal to the literary canon. Writing about good and evil, sexuality, morality, and the unconscious with humour, sensitivity and imagination in equal parts, Murdoch was shortlisted for the prize six times, though she has only won once in 1978 for The Sea, The Sea. A philosopher and avid champion of the Platonic school of thought, Murdoch was a prolific writer, having written over 20 books of fiction, several plays, short stories, collections of poetry and essays on philosophy in her lifetime. 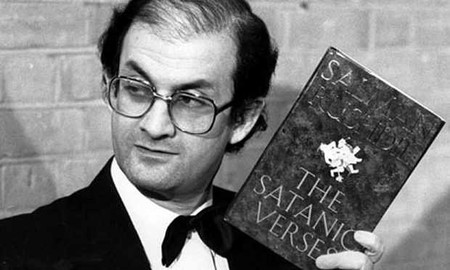 A writer who seems to be praised and criticised in equal measure, there is no doubt that Salman Rushdie has so shaped contemporary fiction as to render himself compulsory reading. Not only did he win the Booker Prize for his epic in magical realism Midnight’s Children in 1981, the book has remained so popular that it received the Booker of Bookers (1993), as well as the Best of the Booker Prize (2008), making him one of Britain’s most celebrated authors to date. Combining magical realism with historical fiction to an almost intoxicating effect, Rushdie’s books are both thought-provoking and enchanting.