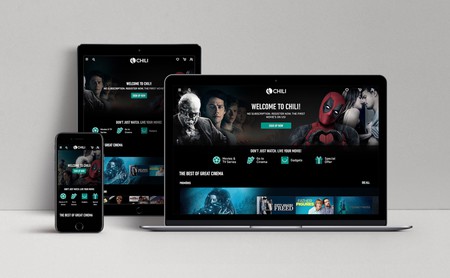 It could be a case of ‘Netflix or Chili’ for film and TV fans in the UK, as this summer sees the launch of a new streaming service with no subscription fees claiming to be entirely different from those currently dominating the marketplace.

Giorgio Tacchia has been in the film industry for decades. Having seen all manner of changes, including the arrival of DVD to the rapid growth of online streaming, Tacchia is uniquely placed to be able to gauge what film fans want. With the backing of five of the biggest movie studios (Warner Bros, Paramount Pictures, Viacom, Sony Pictures, and 20th Century Fox), Chili was successfully launched in 2012. Since then the service has amassed 1.6 million users in Italy, has seen a global coffee brand buy a significant portion of its business, and is set to roll out across the UK. 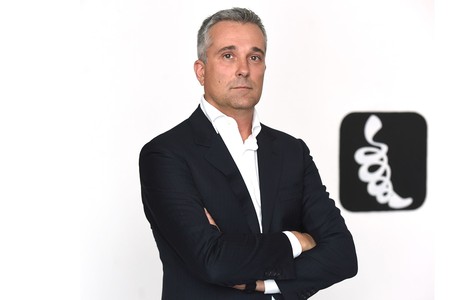 ‘We’re a marketplace, and in Italy we are bigger than iTunes and Google [Play],’ Tacchia told us when we spoke to him in London recently. It might seem like a confident, even brash statement, but in the competitive world of online streaming, these things matter.

‘The reason our shareholders have decided to invest in us is because we are different from the others. There is incredible competition, but the likes of Netflix, Amazon and Apple [soon to be launched] are subscription based. Their content is incredible, but their customer base is not complete. Our main competitor offers fresh cinema releases, the latest TV shows and more… but it is illegal. It’s piracy,’ Tacchia added, highlighting the real difference between Chili and what we might have perceived to be its rivals.

The plan is that this service is complimentary to other legitimate forms of watching entertainment online. Tacchia is also pitching additional services such as exclusive interviews with talent, official merchandise packages being delivered to your door and tickets to watch related events. With this move, it appears Chili also wants to enter the domain of film and TV media sites, something we can see realised with its website Hotcorn.com.

‘We will never ask for a subscription fee,’ Tacchia says. The idea is for people to pay for what they watch, not an entirely new concept, but also offer character-based experiences. These, according to Taachia, will give fans a chance to get closer to the stars and characters they love. Another element of this is to have an online community that acts as a hub or destination. The social strategy is still being developed, but above all this will be entirely legal.

The UK is the easiest market for Chili to launch in, purely because language is no barrier to Hollywood content. ‘We are adding new releases from independent studios, but everything else we currently have will be available. It’s not about exclusive content, but exclusive packages.’

Disney has already announced that it will be launching its own streaming service, and pulling its content from Netflix. Tacchia is unconcerned by this. ‘Perhaps, in this room, we are “in the know” about who makes the movies,’ he says looking around and pointing to his associate Guido Zucchini Solimei, the company’s Relations Director. ‘We know Sony make Spiderman or that Fox make X-Men movies, but most people don’t know or care. It’s not for the end user, but even so we are the only company that has five studios involved. They back us because we are really different. It’s not the platform, but emotions we can get. It works in Italy and there is no reason it won’t work here.’

The emotions and packages concept can take a while to fully comprehend, but when Tacchia mentions brands like Panini and Lego, it starts to make sense. If you order a movie, you can also order the related physical content such as stickers, toys and clothing. 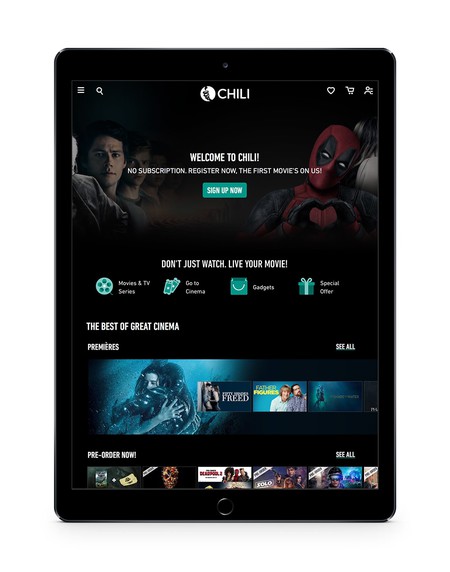 Although Chili is not looking to launch in the US anytime soon due to the vast amount of marketing expenditure that would be required, Germany and Poland have already proven the idea works beyond Italy. The next move is to Spanish-speaking territories. The technology is certainly ready to go global, but China, the Middle East and Africa are a while away too.

Given the huge change in the way we’ve consumed films and TV shows in the last few years, we wondered what trends Tacchia could forecast given his position within the industry.

‘I think there will be five or six big players, perhaps only a few subscription services. But pay TV will do real events like football and tennis. The higher quality will see monthly fees go up, but technology will also improve. I think digital, physical transactions will be reshaped. The distribution from cinema and home will change, that’s why we want to be the first movers there. It will be complimentary so you can watch your football with a drink wherever you want, pay for your must-see movie at home and subscribe to watch House of Cards season 20… .’